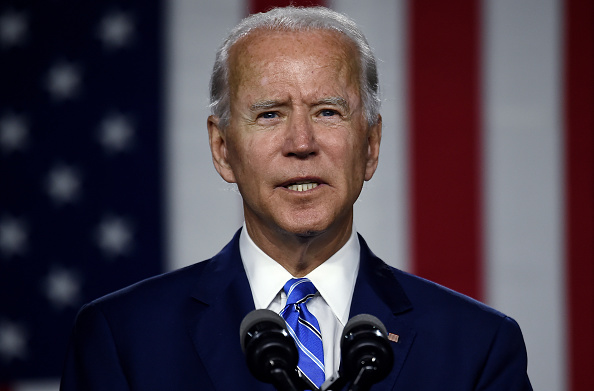 Nation Prefers Biden to Trump, but Dems Overwhelmingly Prefer to Move On from Joe

The New York Times reported its first big poll of the midterms. I’m just reporting the numbers here, people, and the numbers aren’t great for the sitting President. Only 13 percent of Americans believe we’re headed in the right direction, which is the worst number since the 2008 financial crisis, which is insane given how low unemployment is, the fact that there are still 2 job openings for every one applicant, and the worst of COVID is (hopefully) behind us. Then again, inflation is still a huge problem, gas prices are falling but are still very high, and gun violence remains out of control.

(Aside: Biden could solve some problems by nationalizing the railway system and making train travel free. It would drive down the price of gas; it would be good for the environment; poor people in red states could more easily move to blue states and vice versa; and while it would be inconvenient, women in need of an abortion in Alabama could travel for free to Chicago to obtain one. Think about it, Joe. Maybe Manchin/Sinema will back you on that.).

The big news from the poll is that both the Republicans and the Democrats are deeply unpopular. The good news for the Democrats is that despite how unpopular Biden is, he’d still win 44-41 in a hypothetical rematch with Donald Trump. That has a lot to do with how loathed Donald Trump is.

Nevertheless, and this is a crazy number: Only 26 percent of Democrats say they want to renominate Joe Biden in 2024. Three-fourths of the Democrats (not the nation) want him to step aside for someone else. There are a number of reasons, but the two leading reasons are because of his age and his poor job performance (only 10 percent say that it’s because he’s not progressive enough). You know who is not a good substitute for Biden, however? Jon Stewart. So, please stop making the suggestion, because even Jon Stewart thinks that’s a terrible idea).

Silver lining: Biden’s favorability is still high among Black voters, but even Black voters would prefer a different nominee in 2024.

In other news, as most of you already know, Elon Musk terminated his deal with Twitter. Twitter, however, still plans to hold him to it, and Twitter has a strong case against him. Twitter’s stock is down to $34, which is $20 per share less than Musk had offered and lower even than the share price before Musk bought 9 percent of the company.

Biden will hold an event to celebrate the passage of the new bipartisan gun law today. It’s already been overshadowed, however, by another mass shooting in Illinois on the 4th of July.

Finally, in a post-Dobbs world, the FDA is now mulling a decision to authorize a new application for over-the-counter birth control pills.


← Box Office Report: 'Thor: Love and Thunder' Has Biggest 'Thor' Opening Yet | Jamie Foxx Is A 'Blade' Who Gets Paid In New 'Day Shift' Trailer →