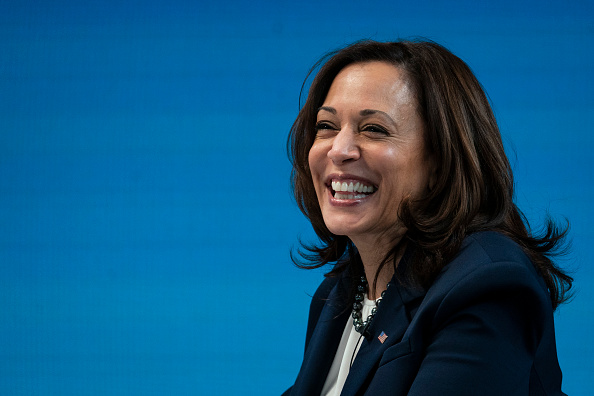 Morning Briefing: Where Is Kamala?

Yesterday, the House passed probably what was the biggest priority for the Biden Administration after a COVID stimulus package: A comprehensive voting rights act. It’s a good one, too. It would require states to automatically register folks to vote, offer same-day registration, restrict partisan gerrymandering of congressional districts, and end voter suppression efforts. It passed along party lines, 220-210.

This bill is the ballgame. The whole goddamn shebang. If this bill passes, the winners of elections will more closely resemble the populace. One person = one vote will matter again. It would allow what happened in Georgia in 2020 to happen over the rest of the country, and it would neutralize some of the minority rule the Republicans have held over this country over the last 30 years.

So, of course, it’s going to fail in the Senate. Is it because we don’t have the votes? Yes and no. We probably have 51 votes (with Kamala Harris as the tiebreaker), but we do not have 60, and this legislation would require 60 votes unless we kill the filibuster. Joe Manchin and Krysten Sinema refuse to kill the filibuster, even if it means using our advantage in Congress to pass one of the most important pieces of legislation ever, and even if it means failure to do so will almost certainly doom the Democrats — who represent the majority of the people — to the minority party.

It is so incredibly frustrating to come this far only to see the Democrats stopped short on the 1-yard line. This is Friday Night Lights the movie, only there is no moral victory, and losing means starting all over in East Dillon and waiting perhaps another decade or longer for another bite at this apple. And it’s all because f**king J.D. McCoy Joe Manchin refuses to run the ball in for an easy score; he’d rather take three personal fouls and throw a Hail Mary from the 50.

Alright, I’ll quit with the FNL analogy, but I do wonder where the hell Coach Biden’s assistant coach and heir is in all of this? Other than performing swearing-in duties, we’ve not seen much of Kamala Harris. Why isn’t she talking to Joe about not compromising for no reason. Why hasn’t she been more visible? You know, Joe: You don’t get any nice guy points at the pearly gates for backing away from the Republicans. You get creamed in the next election is what happens. This is goddamn madness. We have a 2-year window, and we’re frittering it away because of Joe Manchin.

Beto knows what’s up because he lives in Texas. He’s seen this episode of Friday Night Lights before.

More & more Dem activists raising this alarm: that if Senate Ds fail to establish nationwide floor of voting rights party could soon lose one or both chambers-& any capacity to impede further GOP suppression & gerrymanders in red states. Not clear if Senate Ds share their urgency https://t.co/pSprTwv7wJ

— The House of Representatives canceled a session today because of another potential QAnon plot that has something to do with the belief that Trump would rise again today, the original date of inaugurations back in the olden days. Jeez.

— Rep. Jim Jordan, the scumbag from Ohio, is being asked to explain a $3 million in unreported campaign funds.

— Andrew Cuomo is not being quiet about allegations against him. Yesterday, he delivered an apology and said he was “embarrassed” about “the pain he caused.” He said, however, that he would not resign. My suspicions are that he will weather this and that the dude will probably be reelected. New York and Massachusetts’ fondness for conservative-ish/abusive/asshole father-figure types in the Governor’s mansion continues to confound me.

— Cyrus Vance, the Manhattan District Attorney, is going full-court press in order to flip Allen Weisselberg — the guy who basically runs the finances within the Trump Organization — against Trump. He’s apparently willing to threaten criminal prosecution against Wesselberg’s two sons — who also work in the Trump Organization — in order to flip him. And there ain’t no pardons hanging around for this.

— Speaking of Trump, he declined to open up a criminal probe against Transportation Secretary Elaine Chao — Mitch McConnell’s wife — for repeatedly using “her office staff to help family members who run a shipping business with extensive ties to China.”

they're on day 3 of this Dr. Seuss meltdown on Fox News pic.twitter.com/fCw8DhChMo

← Kayleigh McEnany Has a Nickname at Fox News and It's Fitting as Hell | Seth Meyers Gets Serious(ish) About Dr. Seuss →