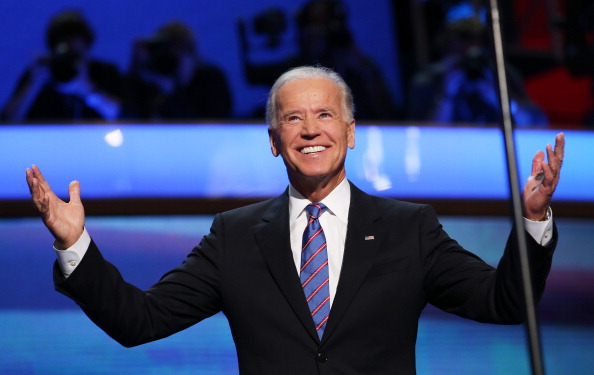 Morning Briefing: What a Difference a President Makes

I read a couple of days ago that last month — the first full month without the former President — that political news consumption dropped 28 percent. Moreover:

— There were three times as many stories written about Trump in February of 2017 than about Biden last month, according to data from NewsWhip.

— Biden was discussed on cable news for an estimated 1,836 minutes last month, according to the Stanford Cable TV News Analyzer. In February of Trump’s first year, he commanded an estimated 4,669 minutes on cable news.

That is a huge win in my book. Like a lot of folks during this pandemic, I’ve been exercising and trying to eat right, for the first time in years, I’m also trying to sleep more than 6 hours a night, but I’ll tell you this: None of that has been as good for my overall health/mood than not waking up every morning to that man’s tweets and another toxic news cycle. Is it a little more difficult to find something to write about? Sure. But also, I am not constantly wincing while I’m scrolling through Twitter anymore.

In the meantime, there are no 🚨 siren 🚨 headlines this morning to discuss, and I am OK with that. There’s good news to talk about, however. For instance, there are now more people in the U.S. fully vaccinated against COVID than people who’ve had COVID since the pandemic began. Nearly 70 percent of those 75 and older have received at least one shot of the vaccine, and nearly half of those between 65 and 74 have received the same. What we’re going to start looking at more now is less the number of infections and more the number of severe infections, which will continue to decline as people get vaccinated. Basically, those are determined by hospital admissions, and the 7-day average across the country is about 4,800 admissions per day, which is as low as it’s been since mid-October.

Meanwhile, President Biden’s dogs — two German shepherds — have been returned to Biden’s Delaware home after the younger of the dogs, Major, exhibited aggressive behavior and apparently bit someone on the security staff. That’s unfortunate. It is, however, better than the POTUS threatening to drop a nuclear bomb on North Korea, so …

We talked about the revolutionary impact of the child tax credit in Biden’s COVID bill was yesterday, and in addition to cutting the poverty rate among children in half, we are also seeing numbers today that show that the poorest Americans would see a 20 percent increase in their income. It will also represent huge tax cuts for most Americans.

People making $91,000 or less would get nearly 70% of the tax benefits from the package. The Republicans’ 2017 bill signed by former President Trump saw nearly half of its tax cuts go toward people in the top 5% of income earners.

What a difference a President makes.

Finally, Senator Roy Blunt of Missouri announced that he would not seek reelection in 2022. He’s the 5th Senate Republican to announce his retirement. I do not expect that Democrats will be able to turn Blunt’s seat blue in 2022 unless Jason Kander decides to take a run at it. Of the other four retirements, Pat Toomey’s seat in Pennsylvania is the best opportunity for Democrats to pick up a seat and nullify Joe Manchin, although Chuck Grassley — who is 87 — has not made a determination about whether he would run again in Iowa.


← Meghan McCain Is Just Like Meghan Markle, You Guys, Just Like Her | Piers Morgan Stomps Off in a Huff When He's Finally Called Out for His Meghan Markle Attacks →