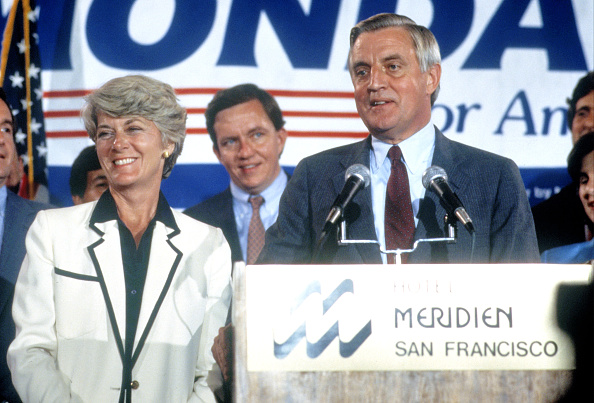 Morning Briefing: Walter Mondale, Politico is Trash, and a Celebrity COVID Denier Has The Rona

I give Politico a lot of sh*t in the morning briefing, but honestly, it’s only because they deserve it.

Walter Mondale, the former vice president whose accomplished career was marred by one of the worst electoral shellackings in American history, has died at age 93. https://t.co/wFD7oVMIni

"A look back at the life of Vice President and SUPER DUPER LOSER Walter Mondale."

@soledadobrien is right yet again. @politico is not good. Shameful headline for such an accomplished, dignified statesman. I can just imagine what they will say about President Carter. @politico represents all that is wrong with today’s journalism. RIP VP Mondale.

Let’s just note, for the record, that Mondale was more than his Electoral College loss. He was also the first Presidential candidate in a major party to put a woman on the ticket; he was Jimmy Carter’s VP, and he redefined the Vice Presidency; and he was the United States Ambassador to Japan from 1993 to 1996. He was also, by any account that I have seen, a decent man. In fact, he left this note to his staff:

Well my time has come. I am eager to rejoin Joan and Eleanor. Before I Go I wanted to let you know how much you mean to me. Never has a public servant had a better group of people working at their side!

Together we have accomplished so much and I know you will keep up the good fight.

I always knew it would be okay if I arrived some place and was greeted by one of you!

My best to all of you!

“I’ve got an announcement to make. Everybody told me that I should not announce this. I have had flu symptoms for the last ten days. I thought I was dying. Just a clusterfuck.”

“I was tested positive today. I got the Chinese shit. I’ve got a stuffed up head, body aches. My God, what a pain in the ass. I literally could hardly crawl out of bed the last few days… So I was officially tested positive for COVID-19 today.”

Nugent downplayed the severity of the virus as recently as 10 days ago.

— The White House is exploring the idea of forcing tobacco companies to reduce the level of nicotine in cigarettes to a point so low that they wouldn’t become addictive. It would be death for Big Tobacco. Not that I’m complaining, but if there’s not enough nicotine, what the hell is the point in smoking, unless you just like lung disease, and smelling like cigarettes, and spending a goddamn fortune for that right.

— Speaking of Biden, the Administration will no longer use the term “illegal alien,” because it is outdated and offensive. They will instead use the terms “undocumented noncitizen” or “undocumented individual.” It’s a long-overdue change, but I’m sure that Tucker Carlson will start another culture war over it.

— Also, the Biden Admin is unveiling a new piece of legislation focused on families. As many of you know, as part of the COVID package, families with young kids will start receiving $3600 a year per younger child, and $3000 a year per older child (and that money will be paid in monthly checks). The Biden Administration wants to extend those checks until 2025 (some Democratic lawmakers want to make it permanent). The rest of the $1 trillion spending package will include “$225 billion for child-care funding; $225 billion for paid family and medical leave; $200 billion for universal prekindergarten instruction; hundreds of billions in education funding, including tuition-free community colleges across the country.”

— The jury continues to deliberate in the Derek Chauvin trial. God help us. For what it is worth, Joe called George Floyd’s family yesterday to tell them that he was praying for them.


← Michael Keaton Will Officially Return As Batman in 'The Flash' | Tig Notaro Is Taking Being 'Sexy A.F.' In Stride →