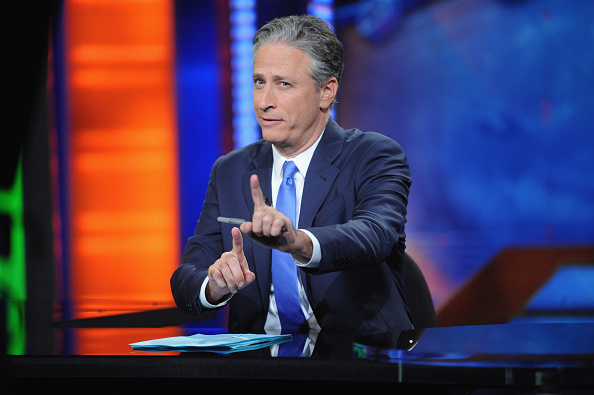 Morning Briefing: Tucker Carlson, Jon Stewart, and All the Vaccine We Need in 2 Months

Last night, Joe Biden gave a primetime speech on the anniversary of Tom-and-Rita Day. In the speech, he directed states to open up the vaccine to everyone by May 1st, which is great news and completely realistic. Biden has had a tendency during the early days of his administration, so far, to under-promise and overdeliver, as he did with the promise of 100 million doses in the first 100 days (a feat he accomplished in 60 days). Likewise, with Pfizer, Moderna, and Johnson & Johnson continuing to scale up, we should have the necessary supply to vaccinate most Americans in May. The issue, as Biden pointed out, will be in the states’ ability to administer those doses quickly. In either respect, Biden suggested that we could be gathering for small BBQ get-togethers for the 4th of July.

“A barbecue in every yard” is the new “A chicken in every pot."

Not everyone was happy with the speech, however. For instance, here’s Fox News this morning.

“Enough about the dead people, let’s talk about the REAL victim here, the man who killed them.” https://t.co/G9QKmHWkTH

During the speech last night, meanwhile, Tucker Carlson could be seen on a screen-within-a-screen on Fox News looking like the heir to a frozen food fortune who has just been given a glass of water with two ice cubes instead of the three he asked for.

Unbelievably funny. His only facial expression is the same one dogs make when you hide the ball behind your back and show them empty hands. Just an incredible value add https://t.co/sQOQDbadMH

this should be an entire dedicated Fox channel, all live Tucker reactions 24/7 https://t.co/l6b9yUEKdL

What the fuck is this shit. https://t.co/W4UrZMhx1t

Carlson, by the way, is getting a lot of heat at the moment, this time for mocking female service members. He’s been rebuked a number of times by senior military officials. Also, Jon Stewart:

I called Tucker Carlson a dick on National television. It’s high time I apologize…to dicks. Never should have lumped you in with that terrible terrible person.

One not-so-great thing that we should mention? America is currently sitting on tens of millions of doses of the AstraZeneca vaccine that we almost certainly will not need, because the other three vaccine makers are producing vaccines at such a fast rate. We’re still awaiting trial results on the AZC vaccine. While it’s been approved in other countries, the Biden Administration is nevertheless hanging on to them and won’t give them up to the European Union … for now. It looks like he wants to make sure that there’s enough vaccine ready for his May 1st deadline before releasing the vaccine to other countries.

— “The days of conservatives being taken for granted by the business community are over,” Marco Rubio wrote in an USA Today op-ed. “I stand with [workers] at Amazon’s Bessemer warehouse.” This is probably going to be a part of a much bigger piece at some point, but the Republican Party under Trump is starting to lean into its desired identity as that of a workers’ rights party. That’s not a bad thing, but the GOP will need to separate those workers’ rights policies from … racism, sexism, authoritarianism, and Donald Trump himself. Also, having billionaires and frozen-food heirs as the spokespeople for workers’ rights is … not great.

— Speaking of Trump, Manhattan District Attorney Cy Vance will not seek reelection this year, which leaves him only 9 months to charge Donald Trump for crimes, after the Supreme Court ruled that the former President had to hand over his taxes to the DA’s office.

← Are We Supposed to Feel Sorry for Armie Hammer? | No One Cares About Donald Trump Anymore →