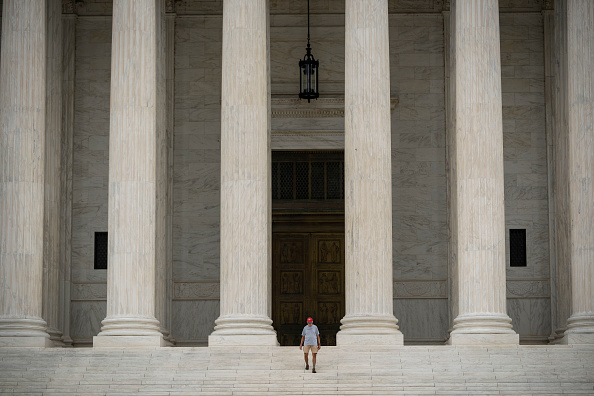 Morning Briefing: The Legacy of Donald Trump and Twenty Years of Minority Rule Continue to Ruin Us

We’re about to enter the 9th month of the Biden Administration, but the legacy of the Trump Administration and the Republican Senate continues to damage this country in irreparable ways.
To wit: Donald Trump, who lost the popular vote in 2016, was nevertheless able to appoint three Supreme Court justices and tilt the Court to the right for a generation or more. Neil Gorsuch, Brett Kavanaugh, and Amy Coney Barrett all had a hand in last night’s decision by the Supreme Court to refuse to block the insanely restrictive Texas abortion law, which effectively ends Roe vs. Wade in Texas and gives any state that wants to pass similar laws carte blanch to do so.

Given what’s allowed by the Texas law — private citizens can essentially levy $10,000 fines against an Uber driver who transports the victim of rape or incest to an abortion clinic — there’s not really much I can say that would be hyperbolic. Blame whoever you want: Trump, Mitch McConnell, Susan Collins. There’s nothing we can do to change the past, unfortunately, and everything we feared about a Trump Administration has come to pass. We just have to work to protect abortion rights in as many states as possible, because this decision will ultimately leave it up to the states to decide.

I can’t even take pleasure in this:

BREAKING: An anti-abortion anonymous tipline in Texas is being spammed by TikTokers sending Shrek memes.

Meanwhile, COVID-19 cases and deaths continue to rise. Nationwide, it’s just not getting better. The hot spots are moving from one unvaccinated pocket to another. You know, there was a considerable anti-vax movement before Trump, but I wonder what our vaccination rates might have looked like without him? Ten percent unvaccinated? Maybe 15 percent. There wouldn’t be huge swaths of America that refuse to get the vaccine were it not for Trump, and Facebook, and right-wing talk radio, and Joe Rogan. There’s an alternate universe where a Texas school did not have to shut down this week because two teachers died of COVID. There’s an alternate universe where American exceptionalism meant getting your f**king vaccine instead of killing everyone with your goddamn personal freedom. There are millions of parents sending their kids back to school this week who are absolutely terrified, but who also know that they could get a call three hours into the first day of school notifying them to come and pick up their kids and quarantine for 10 days.

Elsewhere, generations of damage done by the oil and gas industry continue to take their toll in the form of climate change, which is … well, I’m sure you’ve seen the pictures out of New York, New Jersey, and even Philly. Those once-in-a-generation weather events are now annual weather events. New York City is a river.

This is what “living with COVID,” means, what “living with climate change” means, and now we’re going to find out again what “living without access to an abortion clinic” means. Joe Biden cannot save us from the legacy of Donald Trump and decades of minority rule in this country. We have to figure out how to climb out of a hole that is still being dug.

A Supreme Court where 5 of 6 conservative justices were appointed by GOP presidents who initially lost popular vote & confirmed by senators representing minority of Americans are taking away voting rights & reproductive rights from millions of Americans. This is not democracy