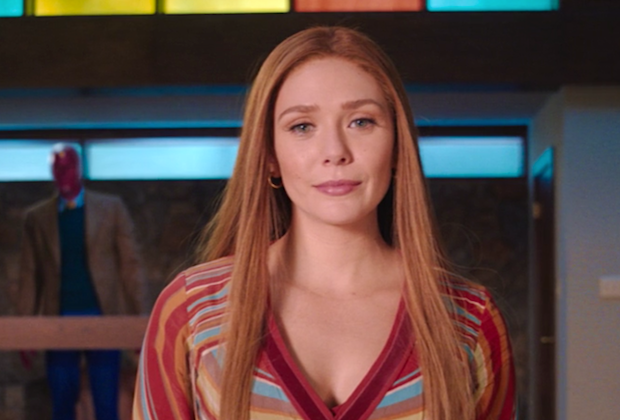 Morning Briefing: The GOP's WandaVision Problem, Ted Cruz Has No Shame, and the Vaccines are Working!

Ola! Good morning! Check this out:

The GOP is a counter-majoritarian party. Because it's counter-majoritarian it is also counter-factual, as with its claims of voter fraud. The conflict with honest journalism is structural. In train for decades, the policy is clear and open: the party stands for freedom from fact. pic.twitter.com/40IZA0621T

I saw those results this morning, and you know what I thought? The Republicans have created their own WandaVision! The former President and his entire base have constructed this alternate reality to live in — a MAGA 1950s reality that never actually existed — because they can’t deal with the grief of their candidate losing, they can’t deal with the demographic changes in America, and they can’t cope with the fact that — as white people — they’re losing their status as members of the dominant caste. And so, they’ve created this little world detached from reality that they allow themselves to live in, and Fox News, OAN, and Newsmax reinforce their belief in this world — it’s a self-created Truman Show, and the more reality seeps in, the harder they cling to their alt-reality. If someone tries to seep into their reality, meanwhile, Tucker Carlson stands guard to ensure that Randall Park and Monica Rambeau cannot breach the perimeter.

I’m sure there a lot of ways to continue the metaphor, but the important thing is that Kathryn Hahn does not live in this reality. Ted Cruz, however, clearly does. The defining characteristic of living in the GOP’s WandaVision is a complete lack of self awareness:

Ted Cruz tells @HolmesJosh that his wife Heidi is “pretty pissed” at the leaked texts about Cancun trip.
“Here’s a suggestion just don't be assholes. Yeah, like just you know treat each other as human beings have some degree, some modicum of respect.”https://t.co/Q2EFk3xKen

Speaking of Cruz, the Texas AG — like Cruz — also got the hell out of Texas last week during their frigid temperatures and power outages. Ken Paxton went to Salt Lake City, Utah, and hung out with Utah’s AG. He’s also the guy that filed the lawsuit from Texas to overturn election results in four other states that were not Texas.

Speaking of Texas, the water situation is still a disaster, but it’s going to be 79 degrees in Austin today. Man, I hate that SXSW is virtual this year — it was always such a welcome respite after long Maine winters. But also, Texans? What do the Republicans think of their party leaders right now — Paxton, Cruz, Abbott? Is the way they have been handling this going to cost them an election? Or will Republican voters revert to the mean when all of this blows over?

Moving on: Biden’s getting pretty good scores, so far!

67% of Americans approve of Biden's handling of the coronavirus.

He also gave a moving speech yesterday honoring the 500,000 folks we lost and then ordered that flag be flown at half-mast for the rest of the week, as Biden just continues his good work as President by … doing things a President should do. I hope the novelty of this never wears off, and that we never take it for granted again.

President Biden drew on his own personal losses to empathize with people about theirs, and while he honored the 500,000 lives lost to #COVID19, he asked Americans to repurpose their grief to prevent more deaths.@weijia reports. pic.twitter.com/Zfwf1LQjkt

Despite Biden’s popularity, it does appear that Neera Tanden won’t be confirmed to the OMB by the Senate, although the White House will almost certainly find her another position, just one that doesn’t require Senate confirmation. In the meantime, there is already some jockeying over who will replace her.

Some news on OMB maneuvering — the Congressional Black Caucus is putting its weight behind Shalanda Young, will send a letter to the White House outlining its support for Young as OMB director should Tanden’s nom get pulled https://t.co/sIMkGmilCJ

Speaking of confirmation hearings, Merrick Garland was very good in his yesterday, even as Republican Senators like Tom Cotton tried to get Garland to somehow admit that he was … racist against white people? Garland’s exchange with Louisianna Senator John Kennedy was particularly notable. From the Washington Post:

Throughout the day, Garland spoke in low tones, with a slight rasp to his voice. He was thoughtful and civil and immensely patient. He was a particular study in forbearance when he engaged with Sen. John Neely Kennedy (R-La.), who seemed incapable of grasping the definition of “implicit bias” without knotting himself up in the fear of being called a racist.

“I’m going to ask you about this concept of implicit bias,” said the sad-suited Kennedy as he sat slumped in his chair. “Does that mean I’m a racist no matter what I do or what I think? I’m a racist, but I don’t know I’m a racist?”

“The label racist is not one I would apply like that,” Garland said evenly — without a hint of are-you-a-dolt? in his voice. “Implicit bias just means every human being has biases. That’s part of what it means to be a human being. The point of examining implicit biases is to bring our conscious mind up to our unconscious mind and to know when we are behaving in a stereotyped way. Everybody has stereotypes. It’s not possible to go through life without working through stereotypes. Implicit biases are the ones we don’t recognize. That doesn’t make you a racist.”

Ted Cruz also gave this big spiel about hoping that Garland wouldn’t do the bidding of President Biden, and then suggested that Eric Holder did as much for Obama (he didn’t), while completely ignoring the politicization of the DOJ over the last two years under William Barr. Cruz has zero shame.

In COVID news, Pfizer and Moderna continue ramping up production and say they will deliver a combined 140 million more doses over the next 5 weeks. The prospect of having more supply than demand by late April/early May may actually come to fruition. Oh, and also: Vaccines work.

Enjoy your Tuesday, folks. And all y’all in Texas, enjoy your sunny day. You deserve it.