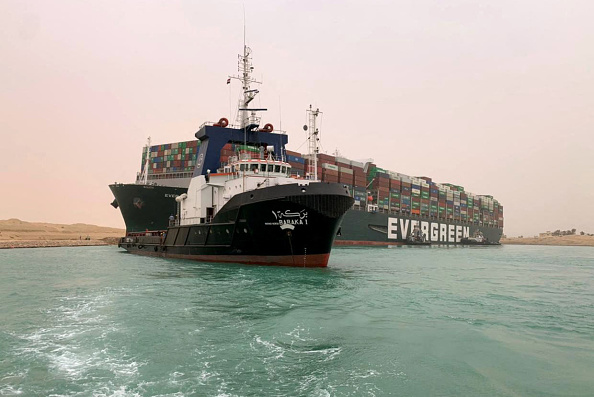 On Saturday night at Mar-a-Lago, Donald Trump decided to crash another wedding and speak to the attendees (never mind that the week before, Mar-a-Lago had to be shut down because of a COVID outbreak). If you are getting married at Mar-a-Lago, you’re obviously MAGA, so I’m sure that having Trump speak at your wedding would be quite the honor.

But would you want the former President to essentially give a rally speech and nurse grievances at your wedding? There’s a time and a place, and Donald Trump decided the time and place to rail about Joe Biden, Iran, and losing the election — “I got 75 million votes. No one’s ever gotten that” — would be after the nuptials of strangers.

This guy is the leader of the Republican party. Think about how pathetic that is. If you are a Republican, you have to kiss the ring of a self-pitying man who rambles at the weddings of strangers.

Meanwhile, over on Fox News, they so worship the man who sends out typo-riddled press releases and prays someone will retweet them that they have hired Lara Trump, the wife of the son who eats toothpaste.

— It looked like they were about to get the Ever Given vessel in the Suez Canal unstuck today … and then the winds came. We can send a rover to Mars. We have incredibly sophisticated computers we carry around in our pockets. But we can’t move a boat through a canal. Man alive.

#BREAKING: Ever Given vessel has swung back into #Suez Canal's banks because of high winds after it had been partially re-floated: Reuters#SuezCrisis #suezcanel pic.twitter.com/W9BpTkycfQ

But what?! Now it’s free! Free at last! Your Keurig cups are on their way, America!

After a week of blocking the Suez Canal, the #EverGivenShip is sailing off with horns blaring in celebration. It looks like this crisis is coming to an end.

We’ll have the latest on @MSNBC. pic.twitter.com/3ZSmVjWRmG

— Biden passed the COVID relief bill through the budget reconciliation process, which allowed them to pass it with only 50 votes. The Senate is typically only allowed to do that once a year. Chuck Schumer is trying to convince the Senate parliamentarian to allow them to do it again so that Biden can pass a $3 trillion infrastructure/social welfare plan.

— Finally, why did the social media team at Amazon turn into Ted Cruz last week and start picking fights with Elizabeth Warren?

This is extraordinary and revealing. One of the most powerful politicians in the United States just said she’s going to break up an American company so that they can’t criticize her anymore. https://t.co/Nt0wcZo17g

Absolutely in awe at Amazon's decision to pivot its online communication srategy to "our corporate logo now does even more charmless versions of Dan Crenshaw posts." The biggest and richest company in the country spending all day quote-tweeting "This is extraordinary! Mods?"

As it turns out, that was Jeff Bezos’ call. From Vox:

Amazon leaders were following a broad mandate from the very top of the company: Fight back. Recode has learned that Amazon CEO Jeff Bezos expressed dissatisfaction in recent weeks that company officials weren’t more aggressive in how they pushed back against criticisms of the company that he and other leaders deem inaccurate or misleading. What followed was a series of snarky and aggressive tweets that ended up fueling their own media cycles.

Not a good look, Jeff. Just about anyone can get away with picking a fight with a powerful U.S. Senator … except Amazon, which just looks petty when they do.

← Box Office Report: 'Nobody' Easily Takes the Top Spot | How You Can Watch Shorts From SXSW Online For Free: #SupportTheShorts →