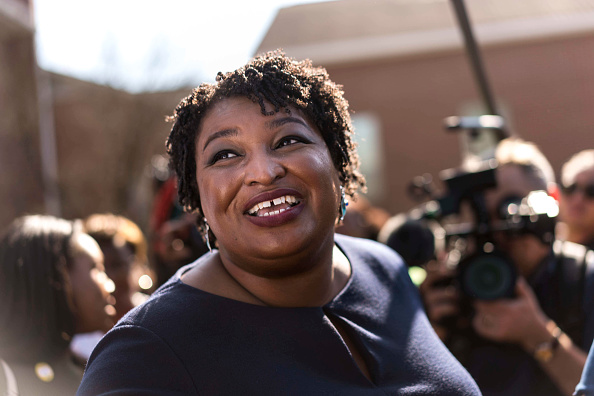 — Stacey Abrams has been nominated for this year’s Nobel Peace Prize for her work in Georgia to promote nonviolent change via the ballot box.

— In New York, district attorney, Cyrus R. Vance Jr., will stop prosecuting sex work. He has moved to dismiss thousands of prostitution cases dating back decades. From the Times:

“Over the last decade we’ve learned from those with lived experience, and from our own experience on the ground: Criminally prosecuting prostitution does not make us safer, and too often, achieves the opposite result by further marginalizing vulnerable New Yorkers,” Mr. Vance said in a statement.

The office will continue to prosecute other crimes related to prostitution, including patronizing sex workers and sex trafficking

— Chris Christie is apparently taking another stab at a run for President. If Trump bails in 2024, the race is shaping up to be one in which Christie would actually be a better alternative than Ron DeSantis, who weirdly seems to have risen to the top among Republicans for his [non]handling of the pandemic in Florida.

— Andrew Yang got a key endorsement of one of his early rivals, Carlos Menchaca, a Brooklyn councilman, one of the more left-leaning candidates in the field. Yang also has the support of Bronx Representative Ritchie Torres, the first openly gay Afro-Latino member of Congress, and Ron Kim, a Queens assemblyman who has been loudly critical of Andrew Cuomo.

— This is what happens when you appoint as DOJ a guy who has made a career out of going after white supremacists. Good!

JUST IN: Attorney General Merrick Garland: "The Justice Department has opened a civil investigation to determine whether the Minneapolis Police Department engages in a pattern or practice of unconstitutional or unlawful policing." https://t.co/Os1KFA0kQP pic.twitter.com/GWlccR1buE

— Rep. Jim Jordan tried to lecture Val Demmings yesterday. It did not go well for him.

Rep. Val Demings served in law enforcement for 27 years. Jim Jordan, who did not serve at all, is attempting to lecture her on law enforcement. And she wasn’t having it. pic.twitter.com/DYFbShUUfz

— Not everyone responded appropriately to the Derek Chauvin verdict yesterday, including some on the Democratic side. Take, for instance, Nancy Pelosi, who thanked “George Floyd for sacrificing your life for justice.”

“Thank you George Floyd for sacrificing your life for justice.” pic.twitter.com/JfapSsKdtX

Nancy Pelosi thanks George Floyd for being murdered pic.twitter.com/na0Fjoj891

— This one was weird, too, but at least it came from an expected source. It was sort of the opposite response, from Greg Gutfeld, who basically thanked Derek Chauvin for sacrificing his freedom for the good of the country … ? 😬

Greg Gutfeld: "I'm glad [Chauvin] was found guilty on all charges, even if he might not be guilty of all charges. I am glad that he is guilty of all charges because I want a verdict that keeps this country from going up in flames." (Note the groans from his Fox News colleagues.) pic.twitter.com/DulsFEMwcO

Is the Foot Locker safe tonight? Should be, right? Justice, right? No need to steal in the name of George Floyd anymore, right?

And then there’s Tucker Carlson, who had one of his cackling meltdowns. Is there a more petulant, punchable person on the face of the planet?

Finally, this came before the verdict from Donald Trump’s former Press Secretary, but wow: The hypocrisy is staggering!

'It's the role of the president of the United States to stay back, to not inflame!'