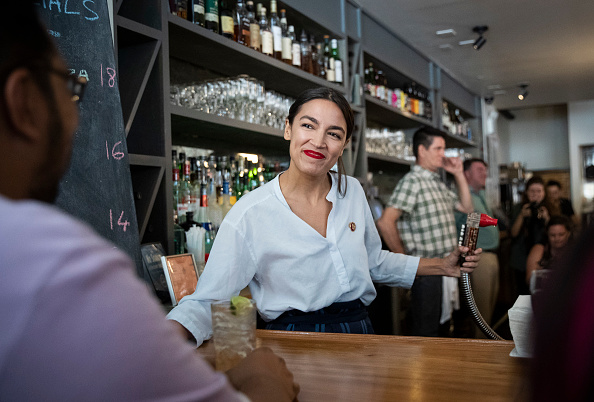 Morning Briefing: Normal By Summer? Merrick Garland, Plus the Democrats Come Through in Texas

Good morning. There were 55,000 new COVID infections nationwide yesterday. The 7-day average is 66,000. Forty-three million people have received at least one dose of the vaccine, representing 13 percent of the population (and 35 percent of the prioritized population). The 14-day average has dropped 44 percent. Deaths have fallen 30 percent in the last week; hospitalizations have fallen 15 percent. We are seeing numbers we have not seen since the fall.

It’s hard to say when “normal” will return. Anthony Fauci says that we will probably continue to wear masks for the rest of the year. Scott Gottlieb says that we probably will be wearing masks at the end of the year, but that we will see a modicum of normal in the Spring and Summer. The coronavirus is moving from a pandemic into a seasonal disease, and that the numbers will continue to decline until it resurfaces in the fall, at which point we will need to take some precautions (particularly among those under 12, who will not have been vaccinated). Ultimately, most experts agree that the worst of it is behind us. Barring some major changes (or variants), experts say, there will not be a huge fourth surge. Also, if you have kids, summer camps will happen.

"If we are in a low prevalence environment this spring and summer I think I'm going to be pretty comfortable allowing my kids get back to normal activity," says @ScottGottliebMD. "I would expect kids to be in summer camp." pic.twitter.com/5T28R8j5UL

We are going to get back to “normal”; it might just be that “normal” will end up looking differently than “normal” used to look. Wearing masks to the grocery store or the synagogue might become “normal.” I’m OK with that. Unfortunately, we have also lost half a million people to COVID-19 in America. Biden will be honoring those folks with a candle-lighting ceremony tonight. I seem to recall that he held a similar ceremony on his first day in office to honor the first 400,000 who died.

Speaking of normal, it’s still taking some adjusting to get used to the normal of a President honoring those who have died, instead of ignoring them and/or bragging that it could have been much worse. However, the new normal in the Senate — with a 50-50 tie — will be that those powerful moderates Susan Collins, Joe Manchin, and Kyrsten Sinema, will probably determine a lot of what gets through in the next two years. One confirmation that doesn’t look good at the moment is that of Neera Tanden. Joe Manchin has said that he will not support her confirmation for the OMB, and this morning Susan Collis said that she won’t support her, either. The reason Tanden is not likely to get through is because she talked a lot of shit about Republicans (and Bernie Sanders) on Twitter, and it’s come back to haunt her (she called Susan Collins “the worst.”) There’s a tremendous amount of hypocrisy in this decision, but I also don’t hate the idea of returning to the notion that talking trash on Twitter has consequences. Positions like this one are not meant to be partisan, and they were for four years, and while there is an instinct to keep things partisan to the Democrats’ advantage, I guess I still prefer non-partisan officials in positions that are not meant to be political.

On that subject, Merrick Garland’s confirmation hearings will begin today, five years after Senate Republicans refused to grant him a Supreme Court confirmation hearing. Garland says that, as AG, he will fight discrimination and domestic terrorism, which is kind of the same thing in America right now, isn’t it? Meanwhile, the media might try to gin up some uncertainty about Garland’s confirmation, but I think it’s a sure thing — it’s why Obama nominated him to the Supreme Court in the first place, because he’s so moderate that he thought he could get the GOP to confirm him (unfortunately, McConnell never gave him a shot).

Meanwhile, I’m not keen to talk about the former President, but we should note that he will give his first major speech this Sunday for CPAC. He is expected to reassert his control over the GOP and send the message that he is the presumptive 2024 nominee. Axios says that “payback is his chief obsession.” I think that the attention he gets from inflicting payback is his “chief obsession,” and that if we do not pay him any, he won’t get very far. And that’s all I’m going to say about that. I will say, however, that Dominion has filed a $1.3 billion lawsuit against the MyPillow guy. I hope these voting software companies sue these assholes into the next oblivion and make it more difficult to undermine election results by casting doubt on voting machines.

The lawsuit filed by Dominion Voting Systems against My Pillow CEO Mike Lindell alleges My Pillow ads were 37.8% of Tucker Carlson's ad revenue and 15% of Sean Hannity's ad revenue in 1st half of 2020, heavily subsidizing the channel's biggest stars. https://t.co/9VOsxghxYN

Finally, it’s worth noting that, “in Texas, former Democratic congressman Beto O’Rourke has hosted phone banks to make 784,000 wellness calls to Texas seniors, organized door-to-door neighborhood check-ins for those who can’t be reached, and raised $1 million to provide food, shelter, and water to Texans in need.” O’Rourke is among many grassroots Democrats who are using this opportunity to show what the Democratic party is all about. Meanwhile, AOC raised $5 million for Texas, and she doesn’t even go there!

One last update (I think!): We just hit $5 million raised for Texans across the state.

Thank you ALL for your collective action when people need it most.

Ted Cruz, meanwhile, put some water in the trunk of a car while a camera was in his vicinity.

I’m sure your culture war bullshit is a blast, Texas Republicans, but does it outweigh $17,000 electric bills? I sure hope that no one tries to cancel the Electric Reliability Council of Texas, which is partially responsible for the skyrocketing utility bills in Texas, because that would be “cancel culture,” and we just can’t have that, because according to Jim Jordan, “cancel culture is the most dangerous thing in America.”

Update, from the NYTimes:

The Supreme Court on Monday rejected a last-ditch attempt by former President Donald J. Trump to shield his financial records, issuing a brief, unsigned order requiring Mr. Trump’s accountants to turn over his tax and other records to prosecutors in New York.

How effective is Trump gonna be running the GOP from prison?

← Box Office Report: 'Nomadland' Debuts in Top Ten in Another Very Quiet Week | Following Her Split from Shia LaBeouf, Margaret Qualley Thanks FKA Twigs For Speaking Out Against Him →