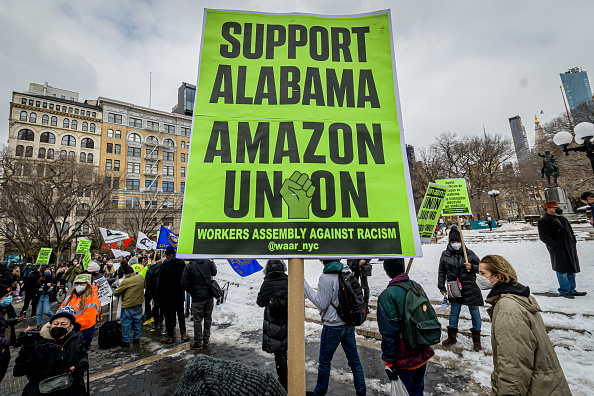 Growing up, I had what we called Jewel teeth (as in, teeth like the singer, Jewel), which is to say, too many teeth for my mouth. I had terrible teeth, but we were poor, so there was nothing I could do about it. When I was a sophomore in college, however, I was finally able to do something. I sold my 1966 Mustang (god I miss that car) for $1500, which was the down payment on four tooth extractions and braces, and then I took a second job to make the monthly payments (I couldn’t afford to fix my underbite, because by that age, it would have required surgery to break my jaw). It was my first major purchase as an adult, and probably the best one I have ever made in my life.

I’m late to the Morning Briefing this morning because I had to take the boy for his orthodontics consult — things move quickly these days, too. He gets his braces a week after the initial consult. I am so thrilled about this, y’all, because I can actually afford to get my kid braces. Also, because I am paying for it, and because it is an ultimate good in his life, I am also taking great pleasure in needling and teasing him about it. I have a serious dopamine high over this — this is some real, legit Dad shit, and considering that I’m basically the first in my family to go to college and the first to still have all of his teeth by the age of 40, I am feeling very smug this a.m.

— In news that you might actually be interested in, this morning’s The Daily on the NYTimes covered the Attorney General nominee, Merrick Garland. While we still often think of him as the guy who got passed over for the Supreme Court because Mitch McConnell is a f*ck-O, it is actually karmic, in a way, that the guy who prosecuted the Oklahoma City Bombers and made a career out of going after domestic terrorists and white supremacists would come up as the AG nominee at this point in American history. He will ultimately be responsible for prosecuting the most complicated and involved domestic terrorist plot in the nation’s history, and Garland has vowed to follow all leads to wherever they take him. I’m pleased with his nomination because there is hardly anyone better suited to the job at this moment in history than Merrick Garland.

Richard Michetti is one of the guys that Garland will get to prosecute, thanks to his ex-girlfriend. From Political Wire:

“Standing on the Capitol steps on Jan. 6, Richard Michetti allegedly took a break from the rioting to argue with his ex-girlfriend over text message. After sending photos and videos of the mob and boasting how he had avoided tear gas, Michetti parroted Donald Trump’s false claims of election fraud,” the Washington Post reports.

Texted Michetti: “If you can’t see the election was stolen you’re a moron.”

“The next day, the woman he had insulted promptly told the FBI that her ex was at the Capitol, handing over to law enforcement the string of texts, photos and videos he had sent to her.”

— In other news, the Biden administration will release an intelligence report Thursday that concludes that Saudi Crown Prince Mohammed bin Salman approved the 2018 killing of journalist Jamal Khashoggi. This is not new information, but releasing the report publicly is new. Also, remember, Trump basically bragged about helping to cover that up?

— New York is not my state, but the stuff coming out about Andrew Cuomo has not been great, and the people I follow on Twitter and who write here and do live in New York aren’t fans. He reportedly fosters an environment of bullying and sexual harassment. Yesterday, Lindsay Boyling wrote about it here. New York Assemblywoman Jessica González-Rojas released a statement this morning.

— Elsewhere, Politico is a hack operation that is often determined to create conflict and drama where there is none for clicks (see, e.g.), but they’re not wrong to press Joe Biden on his lack of engagement when it comes to unionization efforts at Amazon. Biden says he’s a union guy; workers at an Amazon warehouse in Alabama are trying to unionize against the biggest e-tailer on the planet; while Biden is not working against the unionization effort, he isn’t exactly working for it, either. This is a big vote. From The Guardian:

If the union triumphs in conservative Alabama, labor experts say, that could pave the way to organizing Amazon fulfillment centers in more pro-union states, like California, Minnesota and New York. What’s more, a union win against Amazon would be a huge symbolic victory for the labor movement, which has seen its bargaining and political clout decline as the percentage of American workers in unions has dropped from 35% in the 1950s to less than 11% today.

I like Biden; I think he’s doing a good job; but given the gig economy, and the rise of Amazon, unionization efforts are incredibly important right now, and like having Garland in to prosecute domestic terrorism, it should likewise be a really good time to have a pro-Union President. It’d be nice if Joe stuck his neck out a little for those unions, especially in their battle against Amazon, because Amazon is pulling some sketchy shit right now. From The Nation:

Amazon has forced workers to attend small group meetings where supervisors rail against the union. Amazon has bombarded workers with anti-union communications, including anti-union posters in the restroom. Meanwhile, union organizers must meet with workers off the property, resulting in a huge imbalance in access to workers to talk about the union. Amazon has gone so far as to ask the county to change the timing on traffic lights outside the facility so organizers have less time to talk with workers driving to and from work.

Get out there, Joe, and let them know you have their backs.

Finally, I leave you with some good news:

Breaking on @MSNBC: Trump's taxes and underlying tax documents are in the hands of the Manhattan District Attorney.

The records include millions of pages of documents.