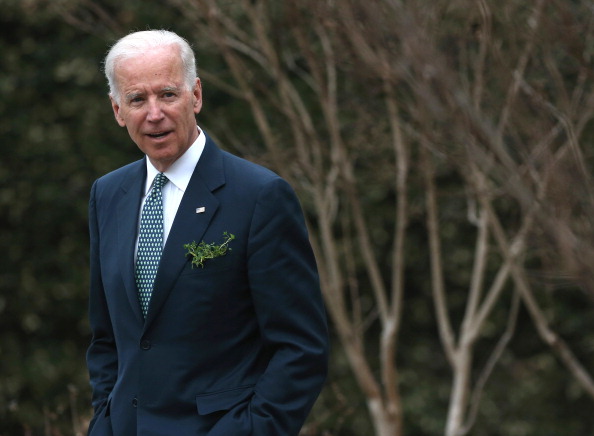 President Biden set a date on September 11th, 2021 to pull all remaining U.S. troops out of Afghanistan, effectively ending America’s longest war. It’s interesting because this is something that Donald Trump wanted, as well, and even for similar reasons. Biden, too, wants to maintain his focus on America, although Biden’s agenda in the United States — transforming the social and economic agenda and fighting off a pandemic — is vastly different than that of Trump. Likewise, this is not an about-face for Biden, either: He fought a number of losing battles with President Obama to reduce troops in Afghanistan as Vice President. Three months into his first term, Biden is calling his own shots, and he’s done with Afghanistan. It’s also kind of a Bernie move.

Excerpt from @JoeBiden's remarks on Afghanistan, which he will deliver later today:

"I am now the fourth American president to preside over an American troop presence in Afghanistan. Two Republicans. Two Democrats.

I will not pass this responsibility to a fifth."

The “moderate” Joe Biden is doing a lot of surprisingly liberal things during his first 100 days. It’s interesting, too, the dance that Biden is trying to orchestrate with corporate America. He’s going to raise their taxes. By a lot. At the same time, he’s wisely, I think, trying to bring them into the fold on social and legislative issues. He wants to take advantage of the fact that corporate America is rejecting the Georgia voting law, and he wants to continue to take advantage of the fact that corporations dislike the GOP, their unpredictable nature, and the fact that they hurt their corporate brand.

Also, he picks up kids’ toys, too, y’all. You may not always agree with his politics, but this is another reminder of what happens when you elect a fundamentally decent person to be the President of the United States.

— In suburban Minneapolis, Kim Powell, the officer who shot Daunte Wright, has resigned, as has the Brooklyn Center police chief. It did not prevent a third night of unrest. Ten miles away, the first day of Derek Chauvin’s defense didn’t help, either. Everyone deserves a defense. It is fundamental to our system. It doesn’t mean that it doesn’t suck when the defense attorney blames the victim or attributes the death to drug use, or suggests that kneeling on his neck “did not even qualify as force.” The judge is limiting some of that testimony, but what is getting through is messed up. The defense — as is their right — is playing dirty pool.

— In “Yeah, no sh*t, Sherlock” news, a scathing report released yesterday suggested that the Capitol police knew well in advance that Congress would be a violent target of the insurrectionists, but they were told by their leaders not to use their most aggressive tactics to hold off the mob.

Mr. Bolton found that the agency’s leaders failed to adequately prepare despite explicit warnings that pro-Trump extremists posed a threat to law enforcement and civilians and that the police used defective protective equipment. He also found that the leaders ordered their Civil Disturbance Unit to refrain from using its most powerful crowd-control tools — like stun grenades — to put down the onslaught.

The report offers the most devastating account to date of the lapses and miscalculations around the most violent attack on the Capitol in two centuries.

— If Joe Biden were to cancel $50,000 in student debt, 36 million Americans would have their student debt completely wiped out (or 80 percent of student loan borrowers), and almost all of the 10.3 million borrowers who were behind or delinquent would have their debt wiped clean. If he only canceled $10,000 per borrower, he’d still wipe the slate clean for 15 million borrowers, including nearly half of those who are behind or delinquent.