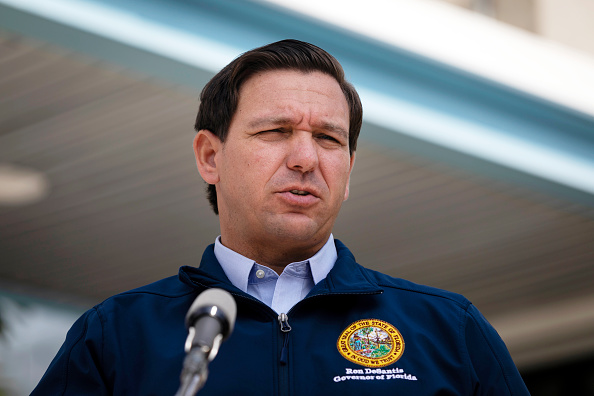 Good morning. We are coming up on the anniversary of Tom and Rita Day. The infection numbers have flatlined at around 64,000 cases per day, which is significantly better than the January peak but around the same as the July 2020 peak. Still, some states like Texas and Mississippi (where infection have risen faster than anywhere else in the last week) have decided to open up. “I don’t know why they’re doing it but it’s certainly, from a public health standpoint, ill-advised,” Anthony Fauci said yesterday.

We’re also seeing that the economy added 379,000 jobs in February, which is fantastic news, but most of those additions can be attributed to the fact that the economy is opening up again. There’s a double-edged sword there, because if we open up too quickly, infections might rise again before enough people have been vaccinated. In any respect, the country is preparing as though the pandemic is going to wind down this summer. In fact, they announced yesterday that A Quiet Place 2 would open on Memorial Day, while F9 has been pushed from May to June, which suggests that the studios are operating as though the industry is going to return this summer. I hope it does. I also hope that it doesn’t come with added infections, although I will be attending as many movies as possible as soon as I am vaccinated.

In the meantime, the Democrats voted 51-50 (with Kamala Harris breaking the tie) to move ahead the debate on Joe Biden’s COVID relief bill. Senator Ron Johnson, however, delayed the bill last night, forcing aides to read all 600 pages of the damn thing aloud, which took until 2 a.m. and accomplished nothing except forced people to read the damn thing.

In any respect, it backfired. Ha!

Dems seem to have outplayed GOP on the Covid delay. After the all-night reading, @ChrisVanHollen simply got up, proposed shortening the debate from 20 hours to 3 and no Republican including @RonJohnsonWI was around to contest. In the end, the dramatic Bill reading delayed nothing

— Just as it looked like things might blow over for Andrew Cuomo, the NYTimes is reporting that Cuomo aides rewrote a report to hide nursing home deaths.

Top aides to Gov. Andrew M. Cuomo were alarmed: A report written by state health officials had just landed, and it included a count of how many nursing home residents in New York had died in the pandemic.

The number — more than 9,000 by that point in June — was not public, and the governor’s most senior aides wanted to keep it that way. They rewrote the report to take it out, according to interviews and documents reviewed by The New York Times.

The extraordinary intervention, which came just as Mr. Cuomo was starting to write a book on his pandemic achievements, was the earliest act yet known in what critics have called a monthslong effort by the governor and his aides to obscure the full scope of nursing home deaths.

— I like Rep. Eric Swalwell, but he’s kind of the Dennis Kucinich of this Congress, and I’m not sure how seriously anyone takes him. In any respect, he is suing the former President, his eldest son Don, Rudy Giuliani, and Rep. Mo Brooks, alleging that they and others are “responsible for the injury and destruction” of the Jan. 6 attack on the Capitol. Will he win? I don’t know. But discovery could be interesting if the suit doesn’t get tossed.

— Related: A Former Trump aide has been charged in the insurrection:

CNN: Federico Klein, a former State Department aide who had also worked for the Trump campaign in 2016, has been criminally charged for pushing police and entering the Capitol during the January 6 insurrection, according to an arrest document.

— A grand jury has convened in Georgia, and they are looking into whether the former President acted criminally in calling the Secretary of State to ask that votes be changed.

— Democrats are asking that Florida Governor Ron DeSantis be investigated for a pay-to-play scheme in which he directed vaccines to wealthier zip codes in exchange for campaign contributions.

I count another 33 mentions of "Seuss" on Fox News on Thursday, after 59 on Wednesday and 139 on Tuesday.

And yes, this story has a Day Four. pic.twitter.com/Z3P2XW9lDx