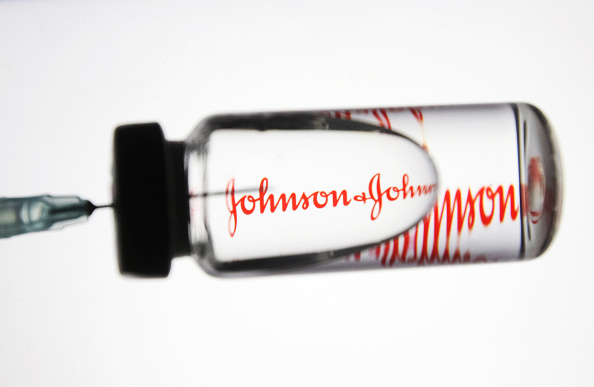 Morning Briefing: J&J Vaccine, the California Variant, and the Death of Cinemagic

The regional movie theater chain that operates here in Greater Portland shut down permanently earlier this week, and man, it has been bumming me out. I could not wait to get back to theaters after all of this is over, and now when it is over, the greater Portland area — about 500,000 people — will have only two small theaters left, and one of them is the rundown craphole (that we all love and support!) where we watch low-budget movies and buy popcorn with Brewer’s yeast. You know the theater I’m talking about. We lost our multiplexes, and so invariably, when the Marvel movie comes out, or the Bond movie or Fast and Furious, those movies will occupy nearly every available screen in the city. All of this probably means that we will never be able to watch most of the awards contenders in theaters again. It will be a place for blockbusters and tentpoles and expensive family films, and that is it.

It is what it is. The good news is, the vaccine from Johnson & Johnson is on the verge of being approved for use in America (as soon as this weekend), and the latest results from their vaccine are very strong, both in terms of preventing serious disease and slowing transmission. It’s one shot, and after 28 days, it’s 85 percent effective against serious disease. Stick it in our arms, please! The bad news is, there’s only going to be 2-4 million doses ready when the vaccine is officially authorized, and only another 20 million by the end of March, although we should have 100 million by the end of June. March will continue to have supply problems, but we’re looking at 240 million doses of Pfizer, Moderna, and J&J by the end of March enough to vaccinate 130 million people, so by April/May/June, the vaccines will be more readily available. If approved, Astrozeneca is also ready to go with another 30 million doses in April. Black Widow is still tentatively on the schedule for May 8th. I’d love to see it in theaters (or, alternatively, in theaters plus on Disney+).

The numbers, by the way, seem to be flattening a bit — we’ve been hovering around the 65,000 cases a day nationwide, which is significantly better than where we were six weeks ago, but it’s also the same level we were at the peak of the pandemic last July in the second surge. Deaths and hospitalizations, thankfully, do continue to decline.

Meanwhile, there is a very scary article in the Los Angeles Times that didn’t get much attention at first but then caught on because people like Chris Hayes (WTF, Hayes) started retweeting it. It’s about the “California variant,” and it’s very alarmist. But, the piece doesn’t really stress that the California variant has actually been around since last May, that it already accounts for over half of the cases in California, and that it’s not likely to alter the vaccine strategy. I’m not saying don’t keep an eye out, but also don’t give in to fatalism.

the California variant has been around for months, yet it didn't suddenly take over like B117 has, suggesting it is not as worrisome

“It’s not as big a deal as the others,” said Harvard epidemiologist William Hanage, referring to other well-known variants

Speaking of California, but moving on to other topics: Their net neutrality law survived a legal challenge yesterday, which could set the stage for other states to follow California’s lead (this after the Trump Administration scuttled net neutrality at the federal level). Net Neutrality is a good thing, recall, because it forces all telecom giants to treat all Web traffic equally.

Pixar got a new movie coming out? https://t.co/ctd19m4qME

— They postponed the vote on Neera Tanden’s confirmation this morning. They’re basically waiting to find out how Senator Sinema will vote. If she votes to approve, then Tanden’s got a chance, if Murkowski comes through. If Sinema — a close ally of Manchin — declines to confirm, they’ll probably kill the vote.

— Trump’s businesses are falling apart because he’s so badly hurt his brand, so the vultures are circling and they’re all hoping to buy off Trump’s properties on the cheap. He may sell, too, because he has to pay off massive debts, and he doesn’t seem to be interested in anything anymore except politics.

— Rebekah Mercer, who orchestrated the ouster of the Parler CEO, is working behind the scenes to relaunch the social media company.

— I’m sorry. I’ve really been trying to avoid Tucker Carlson/Fox News lately because I like you people, and I don’t want to unnecessarily raise your blood pressure, but good lord, y’all. GOOD. LORD.

Tucker Carlson says he couldn't find any evidence that the Qanon conspiracy theory even exists, like theres nothing out there proving that it's a thing pic.twitter.com/tqeYm73pAb

— The House will vote on Friday on Biden’s COVID relief package.

— To bring it back around, the Cinemagic really is a small regional theater. It only had, I think, 8 theaters in Maine, New Hampshire, and Massachusetts combined, but it was really nice not having to rely on AMC or Regal (which does not exist in Portland). These theaters meant a lot to a lot of people, and we’re gonna miss their cheesy-ass theme song. Outside of my own home, I spent more time in one of their theaters in the last 13 years than anywhere else. RIP Cinemagic. We’ll sorely miss that place where “movies and magic come together.”

My local multiplex closed forever today due to the pandemic. Please join me in mourning as we listen to the (truly insane) Cinemagic theme song that would play before each show
💔RIP💔 pic.twitter.com/59gLoWzbkV