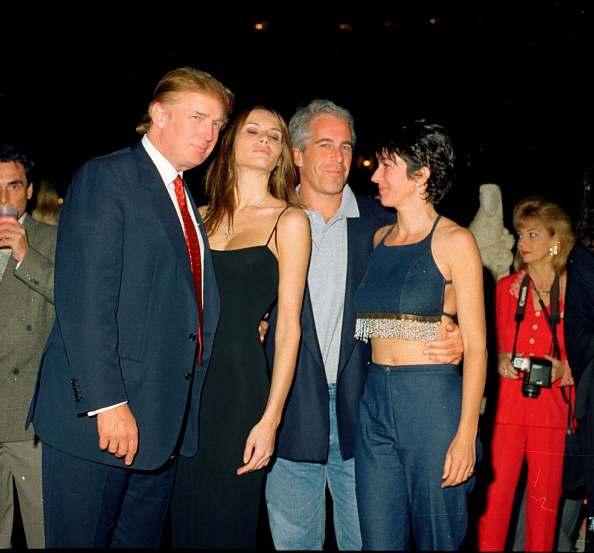 Jeffrey Epstein is expected to appear in a Manhattan court today to face charges of sex trafficking, related to multiple encounters he had with underage girls between the years of 2002 and 2005. Whether Donald Trump may be ensnared in this remains to be seen, although there is evidence to suggest that the two were friends, despite Donald Trump’s denials.

It’s also worth mentioning that in 2016, in the weeks and days before the election, a woman who went by the name of “Katie Johnson” in her legal complaint, sued Donald Trump over allegations that he and Jeffrey Epstein solicited sex acts from her at sex parties in the homes of both Trump and Epstein when Johnson was just 13 years old. She also had witness testimony in the form of an affidavit from another woman who said she witnessed these acts. Johnson said that Trump took her virginity and that Epstein treated her as a sex slave. Johnson filed the lawsuit in a California court, but it was kicked for technical reasons. She refiled in New York. However, days before the election, she dropped the lawsuit, citing threats on her life.

None of the allegations have been corroborated, and no one has spoken to Katie Johnson. However, it is possible that she is involved in this new set of charges. It also suggests that Epstein and Trump had a closer connection than Trump may want anyone to know about. Another suit, filed in 2017 by Virginia Roberts Giuffre, claimed that Epstein recruited her when she was 15 years old and working as a towel girl at Mar-A-Lago. Her claims also implicated Prince Andrew and Alan Dershowitz.

— Meanwhile, after Trump attacked Fox News yesterday, there’s now reporting showing that Trump is also unhappy with Twitter, the social media outlet that — along with Fox News — is most frequently used by Trump for messaging. Trump believes that Twitter should have more competitors and that Twitter engages in bias and “possible illegal activity.” Trump, however, may simply be upset that his message isn’t being heard as much, thanks to growing Trump fatigue. His Tweets are being read far less than they were at the beginning of his presidency.

— Trump appears to be backtracking on his original offer to invite the U.S. Women’s Soccer team to the White House after they won the 2019 World Cup yesterday. In June, Trump attacked Megan Rapinoe after she said she would never go to Trump’s White House, although he said that he would invite the team, win or lose. It’s clear that he’s backtracking now because he knows they would never accept his invitation.

— The Justice Department has abruptly switched legal teams handling the citizenship question on the census. Recall that the Supreme Court ruled that the Trump Administration could not add the question because, according to Chief Justice Roberts, they did not offer a good rationale for doing so. The Commerce Department decided to move ahead with the census without the question, but Donald Trump objected and demanded that the DOJ find a reason. This move suggests that the lawyers working on the case likely quit rather than defend an unwinnable case.

It strongly suggested that the department’s career lawyers had decided to quit a case that at the least seemed to lack a legal basis, and at most left them defending statements that could well turn out to be untrue.

“There is no reason they would be taken off that case unless they saw what was coming down the road and said, ‘I won’t sign my name to that,’” Justin Levitt, a former senior official in the Justice Department under President Barack Obama, said on Sunday.

— Finally, the White House tells Newsmax that they are “considering” bringing back the White House Press Briefings under new Press Secretary Stephanie Grisham, who begins her job officially this week. I suspect it will give another Trump official an opportunity to torch her reputation.

In case you missed it, today is the last day of voting for this year’s Pajiba 10.