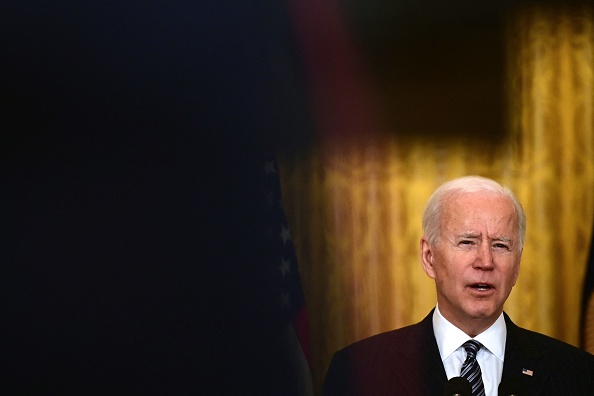 Morning Briefing: Cuomo Is Hanging On, and Biden Needs to Lighten Up, Man

Good morning. It’s March 19th. That’s a Friday. You can tell the difference between Friday and every other day because it’s the day that Disney+ drops a new episode of their MCU series.

That said, COVID infections have plateaued again, this time at around 55,000, although the number of deaths has continued to fall. Troubling, however, the numbers have reversed in Michigan and it is seeing an upswing in both new infections and hospitalizations, and it is a concerning sign of what could be to come elsewhere if we don’t keep up COVID safety measures until more people are vaccinated. One thing that is not particularly helpful, though, is that apparently 4 in 10 healthcare workers have declined to take the vaccine, and 18 percent do not plan to do so (it might be time to make that a requirement in hospitals, please, what with people going there to get better, not get sicker).

On the vaccination front: Europe is set to resume the use of the AstraZeneca vaccine, while the Biden Administration is sending 2.5 million doses of AstraZeneca to Mexico and 1.5 million doses to Canada. Meanwhile, about 23 percent of Americans have been vaccinated, ahead of a surge of supply expected later this month and early April.

— Elsewhere, a number of Democratic Congresspeople are urging Biden to remove and replace the six current members of the Postal Service Board of Governors so that they can remove Louis DeJoy as Postmaster General. I’ll say this much: The previous occupant of the White House would not hesitate to do this.

— Speaking of the previous occupant, not only has he lost Twitter and therefore most of his political power, but The Washington Post has cataloged a laundry list of lawsuits and investigations he is facing.

The district attorney is sifting through millions of pages of his tax records. The state attorney general has subpoenaed his lawyers, his bankers, his chief financial officer — even one of his sons.

And that’s just in New York. Former president Donald Trump is also facing criminal investigations in Georgia and the District of Columbia related to his efforts to overturn the 2020 election. And Trump must defend himself against a growing raft of lawsuits: 29 are pending at last count, including some seeking damages from Trump’s actions on Jan. 6, when he encouraged a march to the Capitol that ended in a mob storming the building.

— Andrew Cuomo is leaning on Black leaders in New York to help him maintain the office. I don’t know if it is working or not, but a Quinnipiac University poll revealed that only 43 percent of respondents wanted him to resign, and only 23 percent of Democrats. Sexual harassment and groping should not be a partisan issue, and yet here we are.

— Finally, Joe Biden may have been pulled to the left when it comes to relief spending and social welfare programs, but he’s still a nearly 80-year-old dude, so he’s got a stick up his butt about marijuana use. “Dozens of young White House staffers have been suspended, asked to resign, or placed in a remote work program due to past marijuana use,” according to The Daily Beast:

The policy has even affected staffers whose marijuana use was exclusive to one of the 14 states—and the District of Columbia—where cannabis is legal. Sources familiar with the matter also said a number of young staffers were either put on probation or canned because they revealed past marijuana use in an official document they filled out as part of the lengthy background check for a position in the Biden White House.