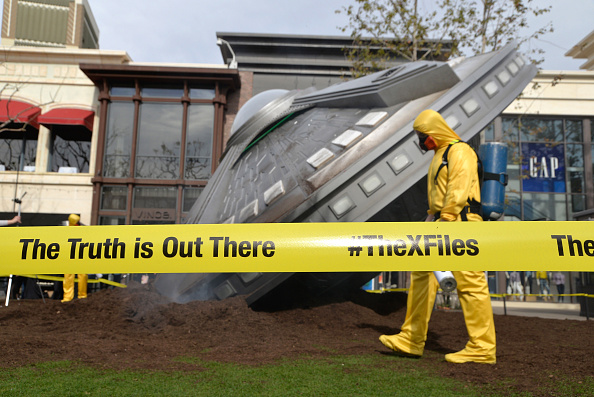 The Senate Judiciary Committee had scheduled a hearing on gun violence this morning, even before another mass shooting in Boulder, Colorado left 10 dead last night. It was the seventh mass killing in 2021, and the second in the last week, following last week’s shooting in Atlanta. These shootings come after a lull in mass shootings due to the pandemic.

Ultimately, this is going to be yet another reason the Senate Democrats should abolish the filibuster. It took a pandemic for America to get its act together and expand the social welfare net. It’s time to stop waiting for change to come and to force that change. At this point, it is literally — literally — easier to buy a gun in Georgia than it is to register to vote. We can’t rely on Republicans to do the right thing.

This is how Fox & Friends covered the Boulder mass shooting this morning pic.twitter.com/4TtwTJayz9

Speaking of Fox News, remember Sidney Powell, the lunatic conspiracy theorist and lawyer for the Trump campaign? She was sued by Dominion Voting systems for like $1.3 billion for defamation for making false claims. She’s now claiming The Tucker Carlson defense, which is to say: “No reasonable person would believe the wild-ass sh*t I was saying.” I’d say there are millions of Fox News viewers who disagree, but then again, I’m not sure there is such a thing as a “reasonable” Fox News viewer.

Elsewhere, AstraZeneca is suffering yet another setback, as the National Institute of Allergy and Infectious Diseases announced yesterday that the company might have used “outdated information … which may have provided an incomplete view of the efficacy data” in announcing the results of their trial yesterday. That vaccine is snakebit, although it is doing wonders for those who have taken it in the UK.

Today, Postmaster General Louis DeJoy is expected to announce his 10-year plan for the USPS, which will include … slower service, higher prices, and reduced hours for USPS employees. There’s not much anyone can do to stop him, either, unless and until Biden replaces the Board of Governors, which is the only way to replace DeJoy, who otherwise has carte blanche to do as he wishes with very little by way of administrative roadblocks.

Finally, an appropriations bill signed by Trump last year also called upon the relevant agencies to declassify and make public any and all information about UFO sightings. It is unclear if that will happen when it is expected to happen, but the former Director of National Intelligence under Trump, John Ratcliffe (who was a bit of a nutter himself) said that there is a lot we don’t know about that will be “difficult to explain.”

“Frankly, there are a lot more sightings than have been made public,” Ratcliffe told Fox News host Maria Bartiromo on Friday … It also calls for “a detailed description of an interagency process” that will ensure that data can be gathered and analyzed across the federal government. The report could document sightings from “all over the world,” Ratcliffe said.

Personally, I welcome our alien overlords. If they can travel from distant galaxies to Earth, imagine what else they can do to improve our species, you know, besides destroying our planet.

← Ellen's Ratings Are in the Toilet | Trailer Round-Up: 'The Mitchells vs. The Machines,' 'Worn Stories,' 'Dolly Parton: A MusiCares Tribute,' 'Them,' and More →