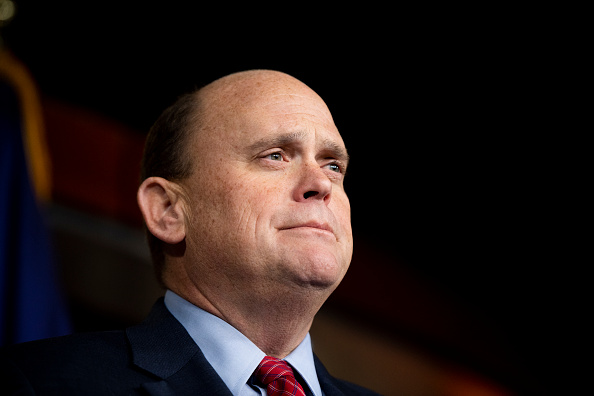 Morning Briefing: AstraZeneca Results, a Harassment Allegation Against Tom Reed, and a Senator's Problem with the Humane Treatment of Immigrants

— A U.S. study on the AstraZeneca vaccine is finally complete, and it shows that it is 79 percent effective overall in preventing symptomatic infections, which is higher than what had been observed in clinical trials. It is also very effective for older folks. None of those who took the vaccine developed serious symptoms or needed to be hospitalized. That’s great, and we have tens of millions of doses in storage, the United States still may not need the vaccine, since we have so many doses of the other three available. Hopefully, Joe will donate the doses to countries that do need them. At this point, the United States produces 27 percent of the world’s vaccine. We export 0 percent of that. Obviously, that will need to change.

— It’s spring break in Miami, but there’s still a raging pandemic, so the police have had to set an 8 p.m. curfew. It is not going well. A state of emergency had to be declared.

— That said, things do continue to get better. The unemployment rate has dropped. Some schools are reopening. Millions of vaccines are being administered every day. Plus, vaccine manufacturing has tripled since February. We’re trying to get where Israel is now — working out in gyms, dining in restaurants, and going to the clubs — but we’ve still got a ways to go, and the pandemic continues to take a toll. To wit: Kent Taylor, the founder of the Texas Roadhouse chain, took his own life yesterday, after having fought COVID-19, and yet continued to suffer its lingering effects, including severe tinnitus.

Alas, even as vaccinations roll out and the weather gets warmer, the 7-day average has increased by 2.6 percent, primarily because of states lifting restrictions too early.

— Y’all may not realize this, but the former President is speaking to various outlets again (it’s just that no one cares anymore). He was on the “The Truth” podcast, hosted by Fox News contributor Lisa Boothe, and there he said that he’s, uh, working on putting out his own social-media platform. HA! Good luck.

— Republican Rep. Tom Reed of New York has said that he will not challenge Andrew Cuomo in the governor’s race (should Cuomo run). Reed, too, has been accused of inappropriate behavior — he apparently unhooked the bra and touched the leg of a lobbyist in 2017. I swear, y’all, whatever gene that men have that makes them want to be politicians must be the same gene that makes an old balding white guy think he can unclasp a woman’s bra in the middle of a goddamn pub. JFC.

— Finally, I leave you with this: A U.S. Senator from Texas criticizing the President for focusing too much on the humane treatment of immigrants. Wow.

President Biden has instead emphasized the humane treatment of immigrants, regardless of their legal status.@nytimes https://t.co/5IuyZTXm6x