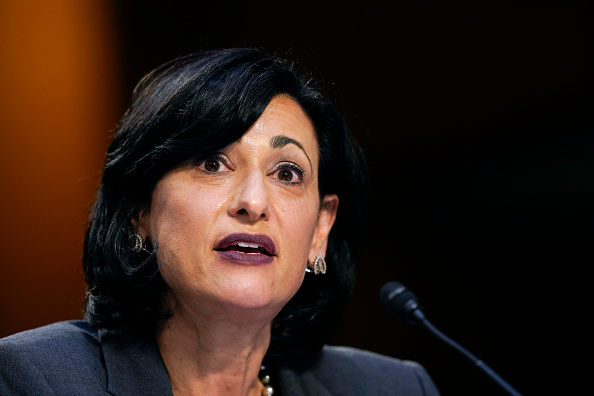 Around 30 percent of the country has received at least one shot of a vaccine so far, which sounds great until you remember that 70 percent have not. I know that most of you understand math, but for those in the cheap seats, please understand that there are far, far more people who have not been vaccinated than have been vaccinated. Therefore, when you don’t wear a mask to the grocery store, you are endangering the grocery store workers, who have kids in school, and even though the pandemic is “winding down,” if a kid gets sick, that newly reopened class may have to be shut for a week or two. Everything gets undone!

COVID infections are up, y’all. Like 16 percent in two weeks. CDC Director Dr. Rochelle Walensky warned of “impending doom” from a potential fourth surge, and another surge means more than just more infections, more hospitalizations (in younger people!), and more deaths. It means classrooms shut down again. It means that dining restrictions are put back into place. It means our ability to see and be with people will be further restricted.

Our kids need to get back into school. They need to return to camp this summer. Essential workers who have not been vaccinated — who are not even eligible yet! — don’t need to spend the next two or three months afraid of being infected. Don’t f**k this up (again), America.

Speaking of the vaccine, Joe Biden says that 90 percent of Americans will be eligible for a vaccine by April 19th. Eligible doesn’t mean that you will get the shot by April 19th, or April 26th, or even May 26th. In fact, I’m not that crazy about states opening eligibility up more widely already, because it forces us into a first-come, first-served situation. We all know who wins in those scenarios, and it’s usually not the ones who need the vaccines the most. When you pit grocery-store workers against office workers who work on the Internet from home, and you open up those new appointments at 2 p.m. every day, who do you think is gonna get them first? To wit:

Vaccine hesitancy is one big problem.

Vaccine eligibility confusion is another problem.

More than a third of several groups say they have no idea if they're eligible for a shot right now:

— Here’s Tucker Carlson sneering at his Fox News colleague Juan Williams last night, just to get your blood pressure back up. Vile, vile human being.

He fucking mocked Juan Williams’ speech pattern. If you had any doubt that @TuckerCarlson was not just an asshole but a RACIST asshole, this might help you decide. https://t.co/cEtjYkBaAt

— Elsewhere, what the f**k is wrong with America?! A 65-year-old Asian woman was attacked on her way to church by a man who repeatedly kicked her in the face and said, “F*** you, you don’t belong here.” That’s appalling. It’s reprehensible. But so is the fact that no one came to her aid, including a security guard who stood and watched, and then closed the door. There’s an immense amount of humanity in this world — I have seen it. I have experienced it. I have cherished it. This is not that. The video is here but it’s so f**ked up that I don’t want to embed it, so serious trigger warning. The victim has been hospitalized with serious injuries. The building employee has been suspended.

— Some guy who used to be in power but now rambles about the weddings of strangers talked sh*t about Fauci and Birx yesterday and who cares?

← Rachel Bilson Had to Take Down a High School Photo of Rami Malek | Starz Cancels 'American Gods,' One of the Shows That Was Supposed to Put It on the Map →