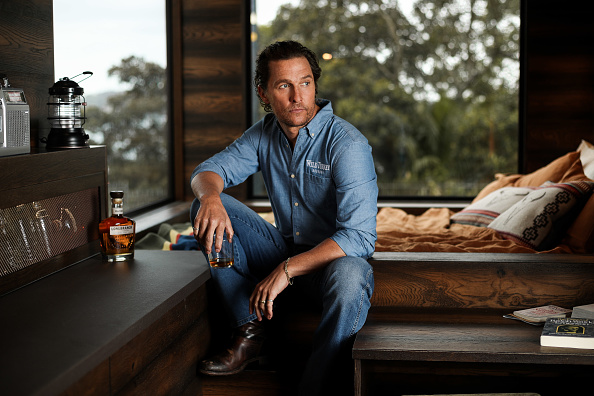 Today, every adult in all 50 states is eligible to receive a COVID-19 vaccine, achieving Joe Biden’s deadline of April 19th. As of today, 50 percent of the country’s adults have also received at least one shot of the vaccine. Numbers have essentially flatlined — they’re bad in some states, decent in others — but experts expect that infections should begin to decline in the next five-to-six weeks as people under the age of 30 — who are getting infected at much higher rates than older Americans — get their shots.

Vaccine hesitancy, especially among Trump supporters, does remain an issue. Another issue is that people who don’t want to get vaccines are creating fake CDC vaccine cards. Note: It is illegal to make or buy a fake vaccine card. In the meantime, Biden is planning a huge, one-day blitz across a number of mediums that is being equated to a Get Out the Vote operation to get folks to sign up for those vaccine slots.

— We’ve seen a mass shooting on what feels like every day of this week. Yesterday was no exception, except that the victims were all kids attending a birthday party for a 12-year-old. The shooter allegedly was also a kid. Six kids were wounded.

— Aleksei Navalny, the opposition leader in Russia, has been moved from a prison to a hospital after his personal physicians said that he is gravely ill and near death three weeks into his hunger strike. If Navalny dies, the Biden Administration says that Russia will face consequences.

— This is cool, from the NYTimes:

A small robotic helicopter named Ingenuity made space exploration history on Monday when it lifted off the surface of Mars and hovered in the wispy air of the red planet. It was the first machine from Earth ever to fly like an airplane or a helicopter on another world.

One question: Why do they say the first machine from Earth? Do they know something we don’t know?

— In New York politics, Andrew Cuomo’s approval ratings have taken a dive (they’re in Trump territory), and while most voters do believe he committed sexual harassment, the majority (51% to 37%) do not believe he should resign. Meanwhile, three months ahead of the Democratic primary for mayor in New York City, Andrew Yang stubbornly hangs on to the lead. He is favored by 22 percent of voters. Brooklyn Borough President Eric Adams is second, nine points back with 13 percent of the vote. However, 26 percent of voters are still undecided.

— A verdict is expected in the Derek Chauvin trial this week. President Biden is preparing for what could be a “tinderbox.” That may actually be underselling it, should Chauvin be acquitted.

— Bill Barr and Amy Coney Barrett have both signed book deals. Barr will detail his time at the DOJ under Trump — he resigned with three weeks left in the Administration, which I guess means he’s part of the resistance … ? — and Amy Coney Barrett will write about how … judges shouldn’t bring their personal feelings into the courtroom. They’re paying her $2 million.

— With Kyrsten Sinema, you never know who the “F**k off” could be directed at, but I’m going to assume it’s the minimum-wage servers at her brunch spot who brought her that Sangria.

Kyrsten Sinema, the Senate’s most colorful member, posts a pic of herself on instagram rocking a “F*** Off” ring & sipping what looks like Sangria pic.twitter.com/ec6AkEPUiE

— Love to see OAN employees rooting against their own company …

This is, quite literally, what several of Hitler's top Nazis said when tried for their crimes in Nuremberg https://t.co/KGjCRXNCnz

— Finally, I don’t like unqualified celebrities running for office any more than the rest of you, but Matthew McConaughey — who has signaled that he is contemplating a run for Governor of Texas — is kicking Greg Abbott’s ass in a new poll. He’s up 45 to 33 among registered voters (with 22 percent voting otherwise). McConaughey is not who I’d want to be Governor of Texas, but between McConaughey and Abbott, OK, yeah, sure! The Dallas Morning News says that McConaughey could face problems in a primary, however, because he doesn’t have more GOP support than Abbott, and Democrats are leaning toward progressives (McConaughey is a proud moderate).

← Jim Caviezel Is Pushing Qanon Theories Now, Wonderful... | Watch the Fist-Pounding Trailer For 'Shang-Chi and the Legend of the Ten Rings' →