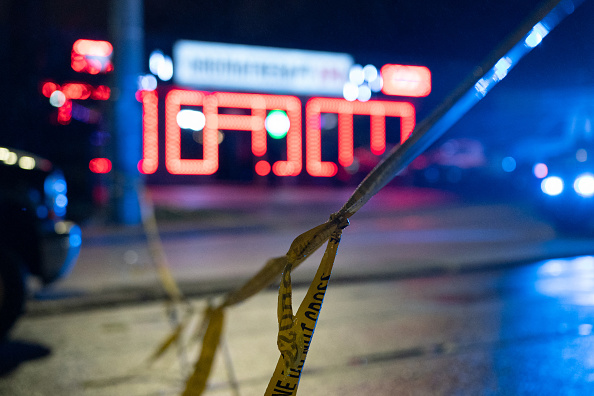 Last night, a 21-year-old man from Georgia shot and killed eight people at three massage parlors in the Atlanta area. Six of those killed were Asian women. You don’t need to know his name or see his picture to understand exactly why this man decided to open fire on these places of business. There have been nearly 4,000 reports of hate incidents targeting Asian-Americans since last March; this is the most deadly of those “hate incidents.”

This will not come as a surprise, the distribution of white supremacist propaganda doubled in 2020. And clearly, this is not a problem with Boomers who are dying out. This was a 21-year-old who learned to hate from his parents who learned to hate from their parents. And it’s not going away — double the number of teenagers on social media have encountered hate speech since 2018. The former President of the United States and hundreds of thousands of his followers fueled these incidents. This is what happens when the former President refers to COVID as Kung Flu, and what happens when Fox News calls it the China Virus. Fox News is complicit in this. Politicians like Lauren Boebert, Marjorie Taylor Greene, and Madison Cawthorn are complicit in this. This was yesterday.

Though the media doesn’t want to admit it, we’re coming towards the end of the China Virus being a dominant force in our lives. Be happy!

This is not OK.

— A declassified intelligence report released yesterday showed that Putin attempted to influence the 2020 election by mounting covert operations to influence people close to the former President, including Rudy Guiliani (no surprise).

— Biden has come around on changing the filibuster rules to require that Senators continue to talk on the floor, which is the way it used to be. There are a number of forms that the “talking filibuster” could take, however, and while some of them would allow the Democrats to push legislation through (after suffering some pain), other forms wouldn’t make much of a difference. Senator Merkley, however, has a proposal that would require that 41 Senators would have to hold the floor and take turns, which could prove to be fairly painful.

Hill-HarrisX poll: 57% of voters want changes made to the Senate filibuster.

Mitch McConnell, however, has warned that if the Democrats change the filibuster, the Republicans will use the change against the Democrats at their first opportunity. I have no doubt that this is true, but undoing popular legislation — like a federal minimum wage, a Voting Rights Act, and permanent child tax credits with checks — may prove to be very difficult. I swear to God, no one backs the establishment Republican agenda anymore. For decades, rich old white guys traded racism for tax breaks, and now Republican voters are like, “We don’t need to give rich people tax breaks to be racist anymore! We can just be racist. Thanks, Trump!”

Also, if we pass a Voting Rights Act, we may not need to worry about the Republicans using the filibuster against Democrats, because without voter suppression, they may become the permanent minority party.

— Biden and Harris are out there trying to sell their COVID-bill to the American public. I don’t think they need much help. The IRS has sent out 90 million checks already. Polls show 72 percent approval for the stimulus bill.


← Meghan McCain Blames Kamala Harris for Republicans Not Getting Vaccine | A Brief 'Debris' Debrief, And Then Some (Old) Show Recommendations! →