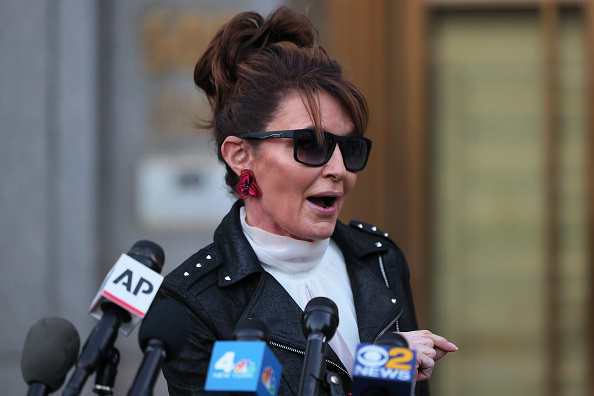 Maybe Sarah Palin Has a Point (But Barely, And Only in Theory)

Sarah Palin has been in court the last few weeks (after her trial was postponed because she got COVID) suing the NYTimes for defamation. It’s a weak lawsuit, so weak in fact that the judge has already decided — before the jury has even given a ruling — that he will dismiss the case regardless of the jury’s verdict. Palin, recall, is suing the NYTimes because in 2011 an editorial in the paper linked her political rhetoric to the shooting of Gabby Giffords, or more specifically, blamed Giffords’s shooting on an advertisement from Palin’s PAC that showed crosshairs on 20 Democratic Congressional reps, including Giffords.

For those unfamiliar with the specifics of defamation law, a regular citizen need only prove that someone negligently made a false statement purporting to be fact, that the statement was communicated to a third person, and that it caused harm.

It’s different, however, where it concerns a public figure. In that case, it’s the public figure’s burden to prove that the statement was made with “actual malice.” It’s a high burden, which is why in the United States it’s so difficult for public figures to win defamation lawsuits. There is no “actual malice” standard in the UK, which is why you’ll occasionally hear about a celebrity winning a defamation lawsuit against a tabloid magazine in the UK, but you almost never hear that in the United States even in cases where, for instance, one presidential candidate can accuse the father of another presidential candidate of being involved in the assassination of JFK without any consequence.

Palin’s case, though entirely baseless under the existing law, has at least forced a lot of newspapers to re-examine this issue. The judge may have dismissed the case even before a jury has rendered its verdict, but there will almost certainly be an appeal (if the jury rules in Palin’s favor), and even if there’s not, a much better test case will probably surface soon. At least two conservative members of the Supreme Court believe that the “actual malice” element should be tossed (that element was something of an afterthought in the original Justice Brennan decision, although that afterthought has since become foundational in journalism).

Respectable publications will want to fact-check anyway because that’s how they maintain their reputations as “respectable publications.” On the other hand, was it OK for Perez Hilton to write whatever the hell he wanted about celebrities for all those years without fear of legal consequences? Public figures by virtue of being public figures make themselves the targets of gossip and innuendo, but there should be a line somewhere.

Granted, Cardi B recently won a defamation lawsuit against YouTuber Tasha K, but only because the “actual malice” was egregious — Tasha K made numerous harassing videos accusing Cardi B, among other things, of being a cocaine-abusing prostitute who had and still has herpes.

That’s the line. That’s how bad it has to be for a public figure to win one of these lawsuits in the United States. Maybe we should move it an inch or two in favor of a public figure like, say, Hillary Clinton, who has been repeatedly accused in print of running a Satanic sex-trafficking cabal out of a pizza joint with the intention of extending her life by drinking the blood of newborns. I mean, we wouldn’t want to chill free speech where it concerns public figures — especially those who could be in charge of our government — but maybe the “actual malice” standard could be modified to something like, “completely false and knowingly fabricated.” I like celebrity gossip as much as the next person, but maybe we should draw the line at gossip specifically made up with the intent of ruining someone’s life. Forcing publications to do at least some cursory fact-checking wouldn’t necessarily be a bad thing, either.

Palin’s case would be tossed out either way, because — even under a more lax standard — it is bunk. But the standard as it exists is worth at least a conversation.