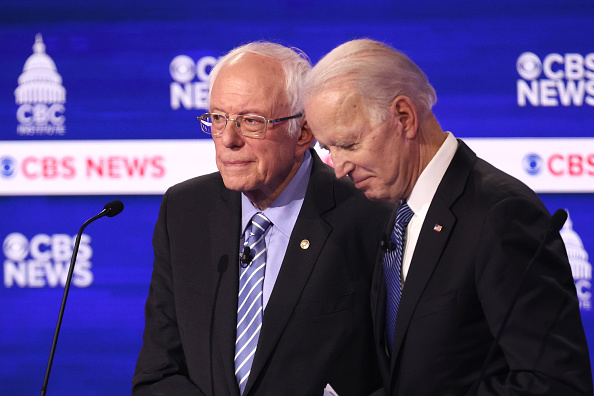 Maybe Biden Can Be the Warren/Sanders Trojan Horse

Things continue to fall apart for the President, as his poll numbers continue to tank (a new poll has him up five points in Texas). His campaign manager, Brad Parscale, is now on the outs with the President, spending much of his time by the pool in Florida while the campaign is run out of Virginia. Trump is planning a Republican National Convention — with crowds — out of Florida, where yesterday there were 15,000 new cases reported. Meanwhile, polls are working not only against Trump but the Republican Senate, as well, and The Lincoln Project has raised $16 million this quarter to made ads not only opposed to Trump, but to Trump-friendly Republican Senators.

At this crucial moment in American history, when so much reform is needed, and with potentially the Senate, House, and White House in our grasp, and with the Republican party is so much disarray that it may takes years to rebuild, the Democrats have put forward one man to guide us through these perilous times, to pull Democracy back from the brink, and to save the world from an uncertain future.

His name is … Joe Biden. 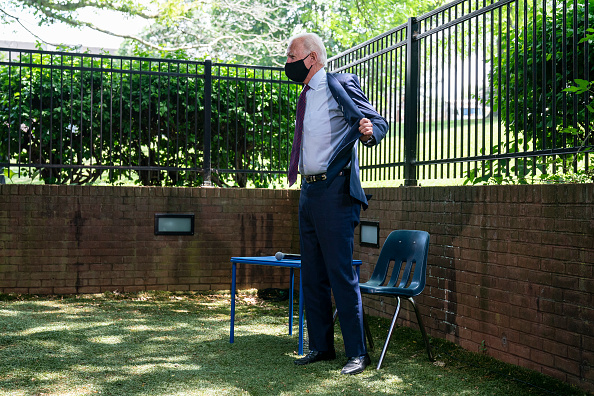 OK, so not exactly an inspirational figure. I mean, it’s 2020, and the best we can do as a party is to nominate a nearly 80-year-old former Vice President. I live in a city that’s probably 90-95 percent Democrat, and I have seen exactly one Joe Biden yard sign, so far, and where I live, we’ll put up a yard sign for almost any reason.

But here’s what I’ll say about Joe Biden: He doesn’t move the party. The party moves him. During these times, that’s not necessarily a bad thing. I’m not a huge fan of Biden, but there’s a very good chance that — as President — he could get a lot of sh*t done, because he doesn’t really inspire a lot of divisiveness. Quietly, Biden’s policies have also moved to the left, as the Sanders’ people get in there and help him to shape healthcare policy; the Warren people help him shape economic policy; and even AOC and her people, as well as Jay Inslee, are helping Biden out on the environment.

His policies aren’t as left as Warren/Sanders/AOC would want, but because of his reputation for being insanely moderate, he can also probably get a lot of these more progressive policies by the moderate wing of the party without dividing them and without setting off the Republicans (how ever many are left after November). This is the guy who could — if he wanted — push through some version of Universal Basic Income, because it’s almost impossible to paint Biden as part of the “radical left” machine; it’s what Trump is trying to do for months, and it does not stick. No one is buying it. This guy? Radical? (Social distancing is the only thing keeping Joe from giving these two women back rubs, which — along with curbside pick-up at breweries — may be the only upside to Covid-19). 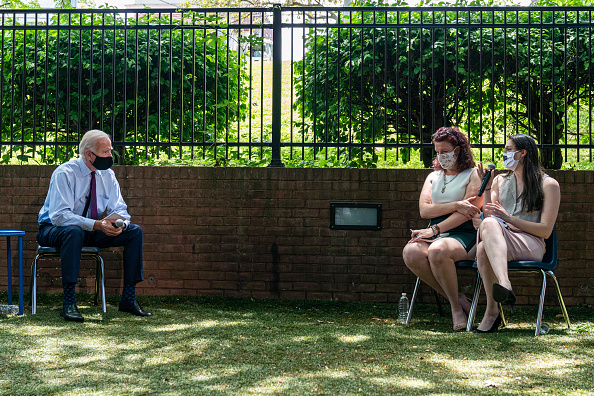 And yet, Biden crafted his policies along with Bernie Sanders and Alexandria Ocasio-Cortez. Don’t tell Trump, but Bernie Sanders says himself that that the compromise his people and Biden’s people came up with, “if implemented, will make Biden the most progressive president since FDR.” With Biden in the White House, he may ironically end up in abetter suited than Warren or Sanders to push through those policies, because even if they were radical policies, with Biden as their public face, no one would believe it.