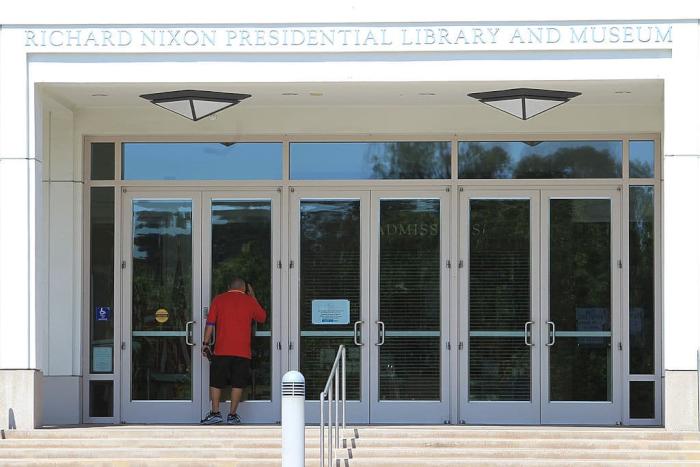 'Maus' Gets Banned in Tennessee. I Did Nazi That Coming.

Yesterday, on the eve of International Holocaust Remembrance Day, the McMinn County school board in Tennessee voted unanimously to ban the Pulitzer Prize-winning graphic novel, Maus, from their curriculum. The board cited “rough, objectionable language” as the reason for the ban. The Director of Schools for that county, Lee Parkinson, originally suggested redacting the swear words but that wasn’t good enough. They’re also upset because of some depictions of nudity in the novel. For clarity, this graphic novel is about mice. The Venn diagram of people who woke up today mad that Stella McCartney designed a pantsuit for Minnie Mouse and the people mad about nudity in Maus is a perfect circle.

NEW: The MCMINN COUNTY school board has just BANNED “MAUS”, the Pulitzer-winning graphic novel about the Holocaust — citing 8 curse words and an illustration of a woman that was objected to, with a 10-0 vote. https://t.co/QytgY3CJ5v

Earlier this week, in a different Tennessee County, the school’s committee voted to ban Walk Two Moons, a 1994 award-winning juvenile fiction book by Sharon Creech. The local chapter of Moms For Liberty (a ridiculous misnomer if I ever heard one) is asking that they also ban the following four books from their curriculum:

Breaking update: In light of Williamson County's report, Moms for Liberty has appealed the decision and refiled a complaint specifically citing concerns with four books including Ruby Bridges Goes to School to the Tennessee Department of Education today.https://t.co/vJ42qqq2tb

What the hell, Tennessee? Dolly Parton has not worked this hard and provided this much joy (and so many books) to people for you to tarnish her legacy with this racist bullsh*t. Is this a case of history being confused with the dreaded Critical Race Theory (dun dun duuuuuuuuun) that Conservatives have been throwing temper tantrums about over the last year? Maybe! Probably! Yes, yes it is.

These are not the first, or only, book bans that have happened here in the good Ol’ U.S. of A recently. Last year libraries in Texas tried pulling Newberry Award-winning author Jerry Craft’s books about Black boys’ experiences with racism off of shelves.

In Loudoun County, Virginia, parents tried to get Monday’s Not Coming, Tiffany D. Jackson’s book about missing girls of color, taken off of library shelves because they thought it was too sexual.

Also in Virginia, two members of a school board called for some books to not only be banned but went one step further and suggested they should also be burned.

“I think we should throw those books in a fire,” Abuismail said, and Twigg said he wants to “see the books before we burn them so we can identify within our community that we are eradicating this bad stuff.”

Folks, do you know who famously burned books? I will give you three guesses and here’s a hint: it rhymes with “Yahtzee.”

Toni Morrison’s The Bluest Eye and Beloved are perennially challenged and The Bluest Eye has been removed from school libraries in Utah for “explicit” content. Alison Bechdel’s Fun Home was pulled in North Kansas over its LGBTQ themes. Attention North Kansas: Being gay is not contagious and cannot be spread via literature. Please do not ban books on the subject. Kthanksbai.

What you can “catch” from literature is the opportunity to expand your consciousness beyond your circumstances. The American Library Association has a section of its website dedicated to Banned and Challenged books. Banned Books Week is September 26th - October 2nd. Remember when it used to only be a day? They’ve gone and banned so many books it needed to be expanded!

“What you can see with book bannings is that they are tied to whatever is causing anxiety in society,” says Emily Knox, author of Book Banning in 21st-Century America.

Ain’t that the truth? Racist pearl-clutchers all over the country are worried that they’ve raised children with the same fragile egos they put on display at MAGA rallies. Florida Governor Ron DeSantis (ugh) pushed a bill to a Senate panel earlier this month to limit discussions in K-12 classrooms and in workplaces that “could make individuals feel responsible for historic wrongs because of their race, color, sex or national origin.” That’s incredibly broad and non-specific. Also, it’s stupid. Is there a law against me making DeSantis feel like he’s stupid? Because he is.

Our children need to know about our history. Our children DESERVE to know about our history. I’m not saying we should teach every white kid to feel guilty over slavery, but we cannot continue to teach our children the white-washed version of history that makes it seem like our country was magically and perfectly created by a bunch of white men waving a quill. We cannot erase The Holocaust. Our children deserve broader world views than those defined by the color of their own skin, or their own nationality, race, or gender. If we ban all of the literature and art that has been created to help us explain the world to our kids (and ourselves!), they won’t be prepared for it. As we move further into a 21st century where climate disasters loom, food shortages are worsening, and wars almost always seem imminent, it’s more important than ever that our children be ready to be part of globalized solutions. They need an understanding of their neighbors, whatever they look like, whatever their history is, so they can work together to get us out of this mess we’ve made.

← Bullet Points (Podcast Edition): 'Serial,' 'Radiolab,' and 'My Favorite Murder' | Reddit Asks the Question: 'Men of Reddit, What Was the Most Ridiculous Reason Someone Questioned Your Masculinity?' →