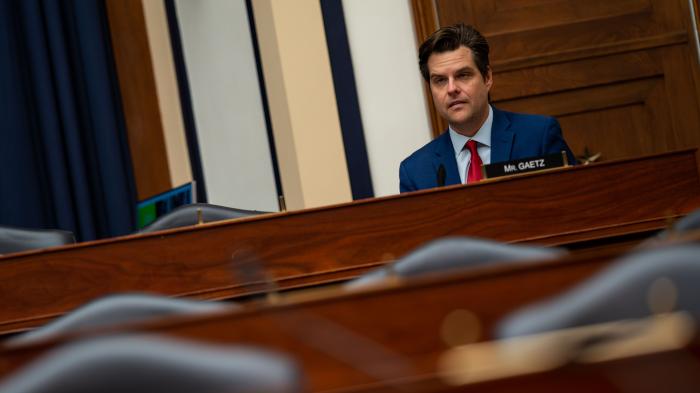 Poor Matt Gaetz. The Congressman and human-potato hybrid, pictured above right after the whippits wore off, can’t seem to hold on to his money. Some of it went to friend and confessed sex trafficker and statutory rapist Joel Greenberg, who then (allegedly) sent it on to sex workers, at least one of them underage. This time, however, Gaetz claims he was ripped off. 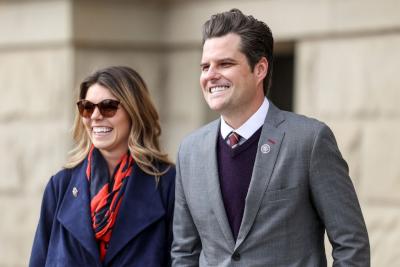 Matt and his fiancée Ginger Luckey, who is neither of those things, attempted to buy a $155,000 yacht in St. Petersburg, FL. Details are as sketchy as the Congressman himself, but allegedly Luckey made a down payment that has vanished. The yacht, then named Ol Pappy, was then purchased by another interested party and rechristened Thirsty because the universe has no sense of irony. Luckey is an analyst with Apeel, a company that creates a produce coating that restricts spoilage. Her brother Palmer founded Oculus VR and designed the Rift before selling the company to Facebook for a whopping $3 billion back when VR seemed like it was the next big thing.

Matt’s spokespeople claim the couple was “targeted by malicious actors, first domestic and now foreign.” This isn’t the first time Matt has claimed to be the target of nefarious miscreants hellbent on dragging his good name through the mud.

Over the past several weeks my family and I have been victims of an organized criminal extortion involving a former DOJ official seeking $25 million while threatening to smear my name.

We have been cooperating with federal authorities in this matter…

Since Gaetz has yet to release any details like how much and who took it, and the FBI isn’t talking, we’ll have to leave it there for now. But rest assured, I am on it. And by on it, I mean I’ll google the name “Matt Gaetz” sometime next week and see if there’s anything new. Because that’s how invested I am in this tale of rich people maybe possibly probably not having a small fraction of their wealth stolen.