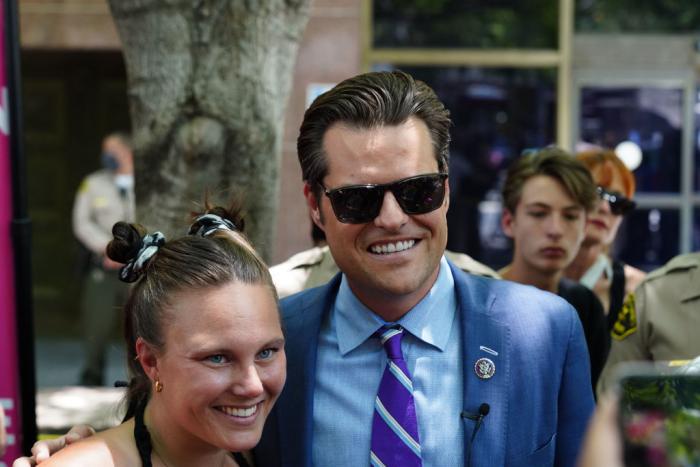 In what’s sure to be the most surprising news of the day, Matt Gaetz continues to be a creep. In a series of Tik-Tok videos, his future sister-in-law, Roxanne Luckey, accused Matt of being “weird and creepy” (duh) and more specifically of encouraging older men to hit on her while she was a 19-year-old Trump White House intern. Ms. Luckey claims in the videos, since made private, that the man, divorced with a child, made her deeply uncomfortable. When confronted, the man told her he only hit on her to get Gaetz off his back. When Gaetz was confronted, Ms. Luckey claims, he went “full lawyer” at her and the women’s mother, shouting and accusing her of being a narcissist, in a fit of irony.

For what it’s worth (nothing), Gaetz’s fiancée Ginger stands by her embattled sexual predator. She told The Daily Beast “My estranged sister is mentally unwell. She has been in therapy for years and our family hopes that after receiving in-patient mental health treatment, she will overcome the tendency she has repeatedly shown to engage in destructive behavior.”

Nothing like throwing your kid sister under the bus for the world’s most obvious creeper.

Though she first referred to Gaetz as “a literal pedophile,” Ms. Luckey later backtracked and called him an “ephebophile,” so I’m excited for the rush of grown-ass men in the comments explaining the difference between the two in ways that make it really obvious they shouldn’t be left alone with your teen daughter. Ms. Luckey also reported that she heard a great deal of gossip about Matt trolling for college girls around D.C., though she made it clear she had no evidence of this.

Gaetz is still under investigation for sex with a minor, an accusation backed up by a letter written by Joel Greenburg, Gaetz’s friend and admitted sex trafficker. There’s nothing surprising about Ms. Luckey’s statements. Gaetz’s public history backs up her claims and his strident defense when the issue was raised certainly sounds like what we’ve come to expect from predators who doth protest too much. Greenburg recently sought a 90-day sentencing delay, indicating he had much more evidence to share with prosecutors.

Ginger Luckey’s insinuations about her sister aside, nothing about seeking therapy or entering in-patient care for one’s mental health makes a person more likely to lie. Roxanne Luckey came out as a survivor of sexual assault in the videos, which is enough reason on its own to seek treatment. It’s possible Ginger believes in her fiancé’s innocence, though personally, I find it difficult to trust a man who always looks like Eddie Munster’s mugshot. 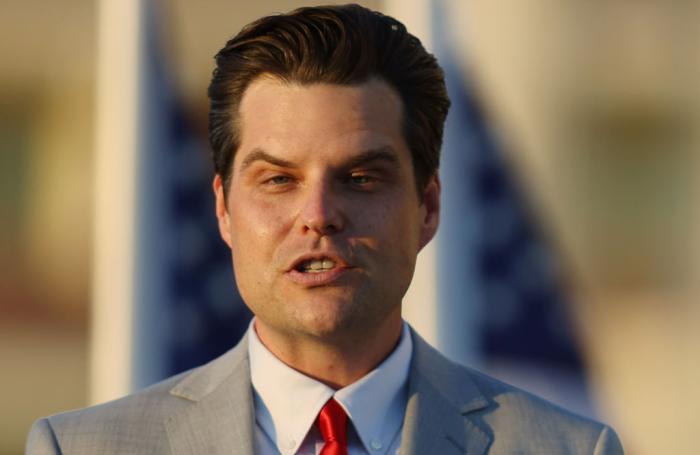 
← Brad Pitt and Angelina Jolie's Divorce Judge Has Been Disqualifed | As Infection Rates Rise Again, Parents May Have to Choose Between Showers and Disease-Free Kids →


Image sources (in order of posting): Getty Images, Hollywood to You