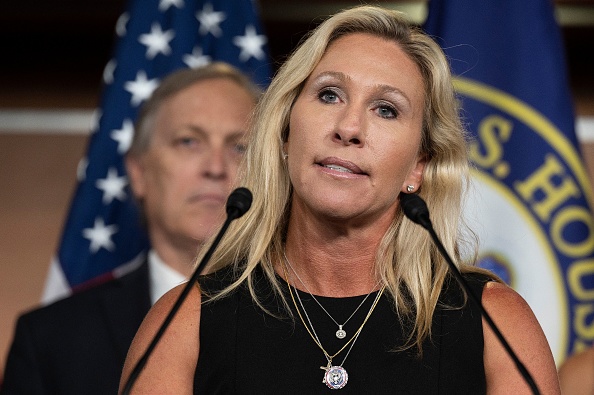 Marjorie Taylor Greene is one of those “family values” politicians, as long as those values are strictly between a man and a woman. She often describes herself as a wife, mother, and Christian, but she’ll need to erase one of those labels soon.

Not so fast, Marjorie. Greene’s husband of nearly three decades, Perry Green, has filed for divorce, calling the marriage “irretrievably broken,” not unlike Greene’s moral center (although, that has nothing to do with her marriage).

Marjorie Taylor Greene's husband, Perry, has filed for a divorce from the congresswoman. "The marriage between the Petitioner and the Respondent is irretrievably broken." pic.twitter.com/WmLg0Kbgf6

Divorces happen. Then again, I’m surprised it took this long after Greene reportedly had affairs with a polyamorous tantric sex guru and the manager of her gym. She had “multiple, blatant extramarital affairs in front of all of us,” one of her former lovers once said. “I don’t even judge that, until you say the kind of shit she does and claim the Jesus about it.”

In a statement absolutely not written by Marjorie’s people, Perry Greene maintains that Marjorie “has been my best friend for the last 29 years and she has been an amazing mom!” It’s a good thing her children aren’t gay, or trans, or — gasp — Democrats, because I’m sure it’d be another instance where her family values would go straight out the door.