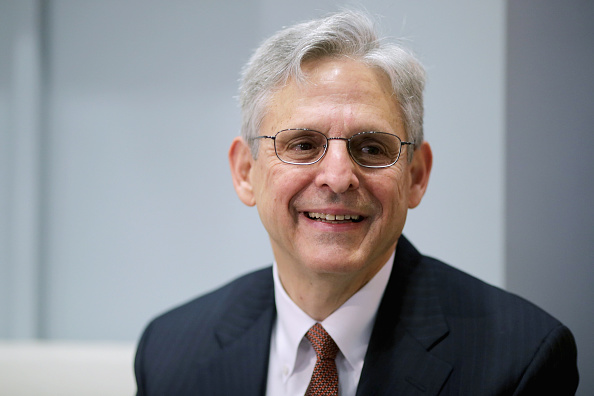 When I saw the headline, Biden Justice Department Seeks to Defend Trump in Suit Over Rape Denial last night, my first thought was basically, “What? That can’t be right? There’s gotta be something else going on beneath that headline to explain this because Joe Biden specifically criticized Donald Trump for trying to use the DOJ to defend himslef in the defamation suit that E. Jean Carroll brought against Donald Trump personally.

And there is more to this story than that headline. Sort of. To E. Jean Carroll, this is a lawsuit about a horrible man who just happened to have been President defaming her by denying her rape accusation. “Number one, she’s not my type. Number two, it never happened,” Trump said. To the Department of Justice, however, this is not about the rape or the defamation case, but about whether Trump was acting in an official capacity when he made the allegedly defamatory statements.

This is the Department of Justice apparently arguing that anything that the President of the United States says while he is President falls into the category of governmental action, and therefore the President deserves the same level of immunity a government employee receives when, say, a postal worker runs over a pedestrian in her postal vehicle (or a cop shoots an unarmed Black man). This is the position that Bill Barr took as head of the Department of Justice, and apparently, the one that Biden’s DOJ is also taking.

For the record, the Courts — so far — have disagreed, arguing that Trump acted in his personal capacity when he said, “Number one, she’s not my type. Number two, it never happened,” and therefore should not be granted governmental immunity. “While commenting on the operation of government is part of the regular business of the United States, commenting on sexual assault allegations unrelated to the operation of government is not,” Judge Lewis Kaplan ruled last year.

I don’t really understand why Biden’s DOJ would argue otherwise except that maybe because the DOJ is part of the executive branch, it instinctually fights to protect its own. Here, the DOJ is arguing that “speaking to the public and the press on matters of public concern is undoubtedly part of an elected official’s job. Courts have thus consistently and repeatedly held that allegedly defamatory statements made in that context are within the scope of elected officials’ employment — including when the statements were prompted by press inquiries about the official’s private life.”

I guess given Biden’s occasional gaffe and his tendency to misspeak, the DOJ wants to protect him — and any future Presidents — from any potential defamation suits tied to those misstatements. Again, I understand that for the DOJ this is not about E. Jean Carroll but about a specific legal issue, but it’s a bad look, all the same.

If there is one silver lining — sort of — it is this: President Biden had no say in the DOJ’s decision to fight this case, and that’s the way it should be. This was Merrick Garland and the DOJ’s decision, and their decision alone, and not the decision of the White House, which has actually sought to distance itself from the DOJ’s decision.

“This is in active litigation, and so we refer you to the Department of Justice concerning its court filings,” White House spokesperson Andrew Bates said. “The White House was not consulted by DOJ on the decision to file this brief or its contents. While we are not going to comment on this ongoing litigation, the American people know well that President Biden and his team have utterly different standards from their predecessors for what qualify as acceptable statements.”

The case speaks poorly of Merrick Garland’s judgment, but it doesn’t actually implicate President Biden. Unlike Donald Trump, Biden allows the DOJ to act independently, even when he disagrees. The worse news is this: If this goes to the Supreme Court, given that five Supreme Court justices are to the right or Merrick Garland, it will almost certainly rule in Trump’s favor.

← Jeff Bezos is Headed to Space, Threatens to Return | The Fastly Outage Demonstrates Why the Internet Is Infrastructure →