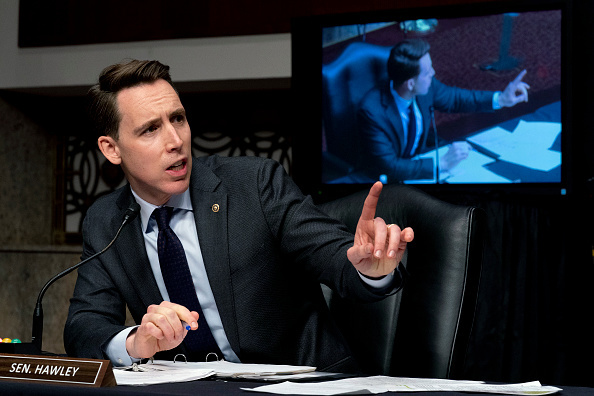 Lucas Kunce May Not Beat Josh Hawley, But He Will Humiliate Him

Like many Southern states, Missouri quickly evolved from one of those yellow-dog Democrat states into a reliably Republican one around Bill Clinton’s second term. As an Arkansan, I always thought of it as a more liberal state, with Kansas City, St. Louis, and even Columbia, but the state went for Trump over Biden by 15 points.

Democrats do not have an easy time of it in Missouri, although there have been a few exceptions. Claire McCaskill won her Senate seat twice before losing to Josh Hawley, and one-time political wunderkind Jason Kander held the Secretary of State position from 2013-2017.

Lucas Kunce has announced his candidacy against Hawley in 2024, and he seems to be of the Jason Kander cloth: He’s former military, and is running a populist campaign — he tries to distance himself from both the establishment and progressive wings of the Democratic party, which is the smart thing to do in Missouri. He has not, however, successfully won an election, losing a state representative election in law school and then losing in the Democratic primary to fill Roy Blunt’s seat in 2022 (he lost to Trudy Busch Valentine, an heiress of the Busch family).

He’s taking another stab at it, and in Josh Hawley, at least he has someone fun to run against. Hawley is the second-worst Senator in the United States Senate, after Ted Cruz, and Hawley — like Cruz — is a weasel who can only win by hiding behind his party affiliation and a whole lot of money. Hawley looks like the human form of the phrase “Well, actually,” and there is nothing more hilariously ironic than the fact that he wrote a book about Manhood.

Kunce is a great fundraiser, but I’m not sure if he can pierce through in a deeply red state. Based on this political ad, he sure is going to have fun trying. He’ll probably end up another Beto O’Rourke, but it’s good to see Democrats make some occasional headway in the Bible belt.