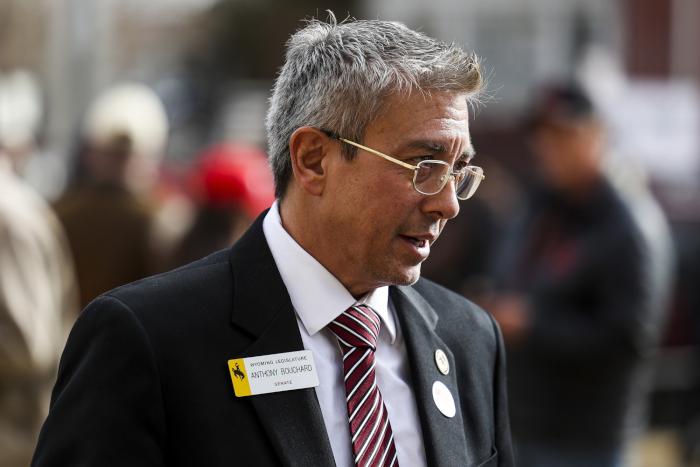 I spent my 20s hating anyone with the last name Cheney. Still do. I mean… Dick was awful. The very best thing he ever did in his life was shoot a lawyer in the face. He helped instigate a war that killed hundreds of thousands of Iraqis. He was your typical evil Grand Vizier. His daughter Liz is basically the same, on a smaller scale. Apart from believing Donald Trump’s ass should die in jail, we agree on nothing. No. Thing. I would like nothing more than for her to be replaced by a Democratic representative. And yet. The Republican party keeps making her look better than the alternative.

Anthony Bouchard, Wyoming State Senator and Republican primary challenger to white Jafar’s daughter, would like you to know that he impregnated a 14-year-old girl when he was 18, in what he called a “Romeo & Juliet” relationship. Much like the original story, the ill-conceived relationship ended in “Juliet’s” death. She killed herself at 20 after she gave birth to his son and they married when she was 15, only to divorce several years later. Senator Bouchard is coming forward about this now because “the establishment swamp” wants to make hay out of this story where he committed statutory rape, because only amphibians care about that sort of thing.

“Everybody has something in their life that they did … We’ve all had these problems. Why is this a big deal?” he asked rhetorically during a Facebook Live message on Thursday. In this he echoed “party of personal responsibility” members Matt Gaetz, Roy Moore, and Donald Trump in a deliberate misunderstanding about why sexual relationships between teenagers and adults might be damaging in nature. Bouchard was allowed to marry his girlfriend\victim thanks to a Florida law, which allowed such unions with the permission of the teen’s terrible, terrible parents.

“Why is this a big deal?” is a question repeated time and again. We’ve all made mistakes. It’s a question asked of adult\teen relationships in the same way as someone might ask what’s wrong with teen drinking. Because to a certain mindset, there’s no difference between a young person choosing to drink, and a predatory adult manipulating a teenager into “consenting” to sex. This mindset is spread across the political landscape. The important bit is that under one banner such attitudes are discouraged. Under the other, they’re excused.


← Now On Netflix: Zack Snyder's 'Army of The Dead' Is All We Need From Him Right Now | Anya Taylor-Joy Hosts a Funny, Rousing, and Emotional 'SNL' Season Finale →