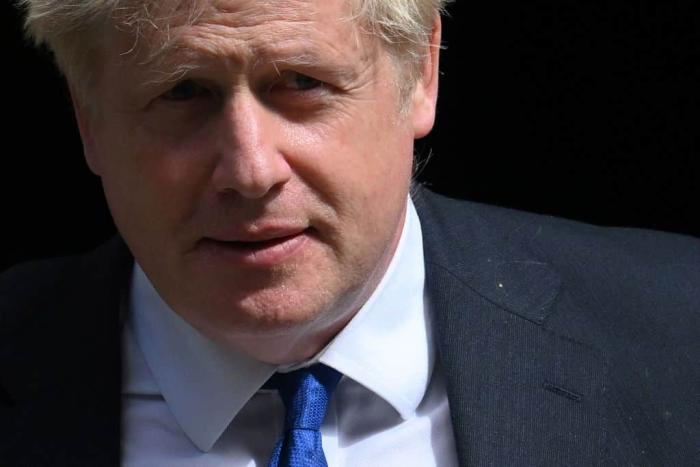 British politics is a funny old world. Boris Johnson’s many foibles are, we are told with alarming regularity, ‘baked-in’. No one expects him to behave honourably, or with integrity. No one expects him to read the briefing papers, do the work, or act in a sensible way. He’s cultivated a very deliberate image for himself, of the purposefully disheveled buffoon. Oh you can’t hate him though. He’s just a laugh. The baked-in low expectations meant that he could blunder his way through crisis after crisis without a revolution, because bless the poor man, it’s not easy, is it? Woefully ill-equipped for literally anything other than a life of idle poshness, we watched as he approached Brexit with all the diplomatic finesse of a sugared-up toddler armed with crayons. We watched him use the pandemic to generate millions of pounds for his mates. Can’t expect miracles. He’s just a laugh isn’t he?

British political chaos isn’t the same as American political chaos. Sure, we’ve both had to endure a populist narcissist with silly hair, and baked-in low expectations, but we’re all slouching towards dystopia in our own way. What has finally proven Too Much for the (at the last count) 38 Tory MPs who have resigned this week? It wasn’t the gold wallpaper, or the thousands dead, or the tractor porn. (OK, the tractor porn was a different Tory, but that sounded plausible for a moment didn’t it? Baked-in, man. Baked-in.) It wasn’t the alleged time Johnson was caught with his pants down at work with a woman who wasn’t his wife. Nor was it the way he tried to give said mistress a £100,000 job in that office. (Allegedly, she’d given him one, to be fair. And he promoted her to wife afterward instead.) It wasn’t the way he was having parties in Downing Street when we were in peak lockdown, back when regular folks couldn’t see dying loved ones because they were following Johnson’s rules but Tory MPs were getting drunk and dancing to ABBA. It wasn’t the humiliating by-election results, or the plummeting in the polls. It wasn’t the existential threat to the union because of Brexit, or inflation, or the cost of living crisis. No, it was the lying.

To a degree, the lies were baked-in too. But in the special Boris way. The deny / obfuscate / ‘oh look a dead cat’ way. The Trumpian ‘is he lying or is he just a moron’ way. “I didn’t understand my own rules,” sad shrug, flibble flobble, mess up the hair. He was just working hard, difficult times, he’s just a laugh, you know. Besides, he was winning. Lies are OK when you’re winning. Lies are just amusing tactical spin when you’re winning, as long as you have no shame and people think you’re a harmless idiot, and it’s not too obvious. But outright caught-out massive whopper porky pie lies, when you’re losing? That’s just the worst, in British Politics Land. Politicians usually dance around the word lie, preferring to debate whether someone has ‘deliberately misled’ or ‘made misleading claims’. To call a right honourable gentleman a liar, to his face? That’s just not cricket. Shame. Boo. But they aren’t dancing now. Not to ABBA or to Boris’s normal tune.

The latest lie, the one that caused a shocking and unprecedented flurry of resignations from Tories who have had a rummage in the attic, found a dusty box called integrity, given it a quick wipe and now brandish it like it will shield them from the upcoming poop-fan alignment, started with a groper MP called Pincher. Nominative Determinism Man did some groping, got promoted, and carried on groping, because he’s a groping groper who gropes. Then people started talking about how he was a notorious groper. Boris was shocked. Shocked, I tell you! He had no idea the gropey man was a serial groper.

Except he did. And he was outed. Lord Mcdonald had a farm wrote a letter that gave Boris zero wiggle room for his usual slippery antics:

Five days after Mr Pincher’s resignation as deputy chief whip, there remains significant confusion surrounding complaints about his behaviour prior to the drunkenness he admits at the Carlton Club on 29 June.

Inaccurate claims by 10 Downing Street continue to be repeated in the media. On 3 July, the BBC website reported: “No official complaints against [Mr Pincher] were ever made.”

This is not true. In the summer of 2019, shortly after he was appointed minister of state at the Foreign Office, a group of officials complained to me about Mr Pincher’s behaviour. I discussed the matter with the relevant official at the Cabinet Office. (In substance, the allegations were similar to those made about his behaviour at the Carlton Club.) An investigation upheld the complaint; Mr Pincher apologised and promised not to repeat the inappropriate behaviour. There was no repetition at the FCO before he left seven months later.

The same BBC website report continued: “Downing Street has said Boris Johnson was not aware of any specific allegations when he appointed Mr Pincher deputy chief whip in February.” By 4 July the BBC website reflected a change in No 10’s line: “The prime minister’s official spokesman said Mr Johnson knew of ‘allegations that were either resolved or did not progress to a formal complaint,’ adding that ‘it was deemed not appropriate to stop an appointment simply because of unsubstantiated allegations’.”

The original No 10 line is not true and the modification is still not accurate. Mr Johnson was briefed in person about the initiation and outcome of the investigation. There was a “formal complaint”. Allegations were “resolved” only in the sense that the investigation was completed; Mr Pincher was not exonerated. To characterise the allegations as “unsubstantiated” is therefore wrong.

The jig was up. The lie was out, in black and white. And Tories were getting fed up of having to try and squirm their way out of interviews like this:

(If Boris goes, this guy will be acting Prime Minister. This guy!)

It’s been a month — just a month! — since the Tories tried to oust Johnson with a no-confidence vote, which hammered him but left him clinging on to power by his fingertips. The party rules state that they can’t try that again for a year, but it looks like they will vote to change those rules if he is still in post on Monday. Tonight, his remaining cabinet ministers gathered in number 10 to urge him to resign, but Boris is not renowned for possessing shame or awareness, and besides, it will take Carrie a while to steam off all that gold wallpaper for their new house. At the time of writing, Johnson was apparently still refusing to resign. Let’s hope that’s a lie too, hey?

When they made Boris their leader, the Tories gambled on a man whose foibles were baked-in; if they don’t get rid of him soon, that Special Boris Stench will cling to them too. The big names resigning are no doubt thinking of their own leadership challenges, and the last thing they want is for Johnson’s inherent Borisness — the lies, the corruption, the scandal — to be baked-in for them too. It’s time for him to go. He’s had the memo; he’s just refusing to read it. On brand to the end.