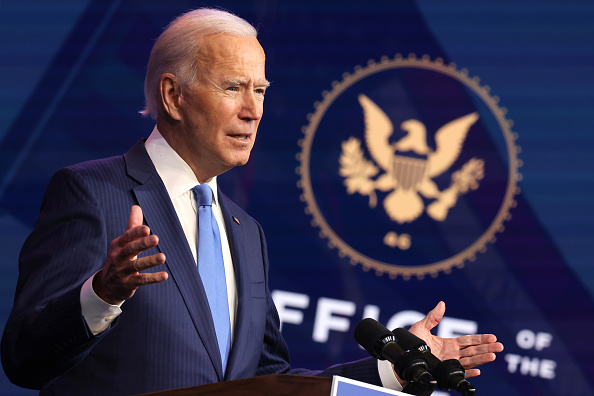 It’s been a while since we had a good old-fashioned conversation about Presidential politics, so let’s talk about Joe Biden. Specifically, let’s talk about the Times piece over the weekend titled, Should Biden Run in 2024? Democratic Whispers of ‘No’ Start to Rise. A reader, John G., emailed around the time we both finished the article over the weekend, and he thought we should discuss it. I agree.

Let’s get a few things on the record first. Republicans (and Jake Paul, apparently) blame Joe Biden for the high price of gas instead of oil companies, who are making a fortune from these high gas prices. Do Presidents have any control over high gas prices? No. Do Presidents always get the blame for high gas prices? Yes. Inflation, likewise, is a worldwide problem right now. Can Joe Biden realistically do anything about it? On the margins, maybe. It’s driven largely by the War in Ukraine, supply-chain shortages, an increase in wages brought about by a rare moment of leverage for employees, and backlash from corporations who have to pay workers more but want to maintain the same (or more) profits. Is it Joe Biden’s fault that a meal for two (including milkshakes) cost $44 at Five Guys? Not really. Five Guys has always been fairly expensive. Will Biden be blamed for it anyway? Yes.

Does Joe Biden have his faults? Yes. Is he to blame for our grocery bills? Not really. Will voters blame him for it anyway? Of course! Will they remember he steadied the ship after Trump was voted out of office, made COVID shots easily accessible to those who wanted them, and provided conditions for workers to demand better pay, better working conditions, and better jobs? Absolutely not.

This is Presidential politics. It’s not always fair, but it is what it is. Does that mean that the Democrats should run someone else as President in 2024? If you ask me, it’s complicated. Ahead of the midterms during a President’s first term, the President in power always gets slammed. Trump lost the House in 2018. There was a bloodbath in Obama’s first midterms, his approval ratings fell, and in 2010, only 47 percent of Americans wanted him to run for reelection (which was actually better than Reagan after his first midterm). There were endless articles speculating that Obama would drop Biden for Hillary as his VP. George Bush got clobbered. Bill Clinton got clobbered, which led to the rise of Newt Gingrich, but then he won again easily in 1996.

It is cyclical. This is the nature of Presidential politics. Trump broke a lot of things, but he did not break this cycle. If there weren’t supply chain problems, inflation, and rising gas prices, Biden would probably be unpopular for other reasons because the party out of power piles on and the media feeds the frenzy. It’s the way it is, it’s the way it’s always been, and it’s the way it will probably always be.

Does this mean that Biden should drop out? I’ll put it this way: I never thought in a million years that, after losing the popular election and then completely frittering away all the goodwill he gained from 9/11 that George W. Bush would win in 2004, even against a weak candidate like John Kerry. But he did, because a sitting President has to be really unpopular to lose the incumbent advantage. Is Joe Biden dangerously incompetent and corrupt like Trump? No. Is he well-intentioned but ineffective like Jimmy Carter? Possibly.

Biden’s approval ratings will rise again. It’s the nature of the game. Even Trump’s approval ratings rose after his midterms. Inflation will probably ease, gas prices will hopefully drop, supply-chain issues will improve, and hopefully, the War in Ukraine will end. By 2024, the losses of 2022 will be as forgotten as the victories in 2021. As unpopular as Reagan was in 1982, he won in 1984 in a landslide. As badly as Obama got beaten in the 2010 midterms, he won the 2014 election in a cakewalk.

So that’s that, right? Case closed. Run Biden! If Trump is the nominee, sure! Biden beats Trump. He did it once, and he can do it again. Two months after Trump starts campaigning, the world will remember exactly why they voted against him in 2020. Biden will rebound, but Trump will flail, because he will never, ever let 2020 go.

But DeSantis, you say! The same people convinced that DeSantis will win the GOP nomination — despite being a very distant second to Trump — also believe that Biden’s numbers won’t rebound which, again, is not a thing: The media insists on a horse race. Obama ran a nearly flawless campaign in 2012, but Mitt Romney got 47.2 percent of the vote because the media — in an effort to keep things close and ratings high — played down Romney’s weaknesses and Obama’s strengths. Can Biden run a flawless campaign at the age of 82. No. Could DeSantis? Dude can’t go to a high-school ceremony without yelling at kids, so I seriously doubt it.

Biden-Trump is still the odds on favorite. Biden-DeSantis would be closer than most people think in 2024. So, should Biden drop out? I don’t know. He’s 82; he’s lost a wife and two children; he did what we asked of him, which was to run Trump out of office. Part of me is like: If he retires after one term, he’ll probably have a decent legacy and be remembered fondly — Jimmy Carter is, after all, and he left with historically unpopular numbers. Maybe that’s what Biden deserves.

But also: Who the hell else are the Democrats going to run? Whoever it might be — Harris, Warren, Bernie, Buttigieg, Beto, Abrams, or some newbie we pull off the deep bench — won’t have the advantages of an incumbent, they’ll have to run against Biden’s record, and in some cases (Warren, Bernie), neither will we have the advantages of youth. Can they win in Pennsylvania, or Nevada, or Virginia? Maybe? Can they beat Trump? Probably! Can they beat DeSantis? I give them about the same chance as Biden. Will Biden step aside for an exciting, new, flawless theoretical candidate who will excite Democrats and win over Independents and come out of nowhere? Does that ever happen?

So, should Biden drop out? Why don’t we just focus on the midterms and wait until at least mid-2023 before we circle back to that question?


← Jeff Goldblum Thinks Conan O'Brien Is 'Never Funnier' Than When Jordan Schlansky Is Around | Review: The Mustache Unmakes The Man In The Unsettlingly Sparse 'The Integrity Of Joseph Chambers' →