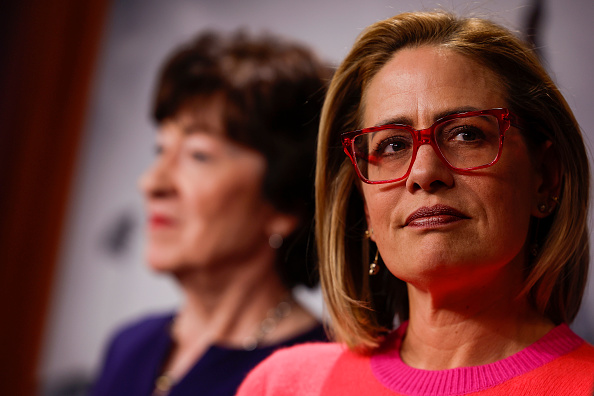 Senator Kyrsten Sinema, who has been a pain in the ass of the Democratic party since she was elected in 2018, has announced that she will be leaving the party and will register as an Independent. Politically, does this matter? I doubt it. Bernie is an Independent. Angus King is an Independent. They still caucus with the Democrats, and Sinema would be insane not to because it would mean giving up majority committee seats (and an aide, according to the Times, said she will maintain her committee positions through Democrats).

This is about Sinema stealing thunder from Democrats three days after Reverend Warnock’s victory and making it about herself because that’s who Sinema is. With a 51-49 edge in the Senate, Sinema wouldn’t be the focus of attention anymore, so she’s decided to try and make herself the focus of attention by announcing that she’s special! Oh, so special!

She’s also positioning herself for a reelection bid in 2024. She’s lost the trust of the Democratic party, and the Arizona GOP is made up of the likes of Kari Lake, so she’d obviously lose the primary in either party. Running as an Independent is the only shot in hell she has. I don’t think it will work, though, because Arizona is not Maine or Vermont or Alaska, where Independents can win, or where ranked-choice voting favors moderates. Arizona is deeply polarized, and trust that Kyrsten Sinema is not the person who is going to bring the two sides together.

Rep. Ruben Gallego responds: "Last month, the voters of Arizona made their voices heard loud and clear - they want leaders who put the people of Arizona first … Unfortunately, Senator Sinema is once again putting her own interests ahead of getting things done for Arizonans."


Elsewhere, Bari Weiss released Elon Musk’s Twitter Files Part Two, which essentially revealed that pre-Musk Twitter would often reduce the reach of certain Twitter accounts that trafficked in disinformation or conspiracy. Elon Musk expressed a lot of outrage, arguing that Twitter was suppressing free speech, which is interesting since he put forward the exact same policy only weeks ago: 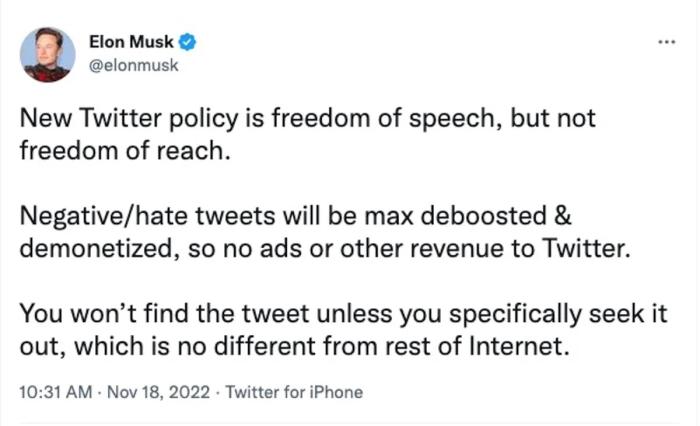 Musk is criticizing an existing Twitter practice that he presented himself last month as a new and original idea of his own. Impressive hypocrisy. Aside from the usual right-wing nutjobs, Twitter Files Part 2 has mostly been met with yawns.

Elon: I have a great new idea: we will diminish visibility of bad stuff. "No freedom of reach."

Bari Weiss: Look at how EVIL Twitter was: they limited the reach of some nonsense purveyors.

Elon fans: OMG, thank you Elon for saving us!


The biggest takeaway from that Bari Weiss thread is that Twitter spent years finding new and creative ways to keep large conservative and right-wing accounts on the site despite some pretty egregious behavior. But that was always obvious to anyone paying attention.

Weiss, for the record, has been reportedly given access to “Twitter’s employee systems, added to its Slack, and given a company laptop,” so she’s obviously a trustworthy journalist here. Also, be careful about DMs because Elon Musk is not particularly protective of user privacy right now, not if rifling through a celebrity’s DMs might impress a pretty intern.

I’ll leave you all with one bit of good news: Brittney Griner, released from a Russian prison, has landed on U.S. soil.