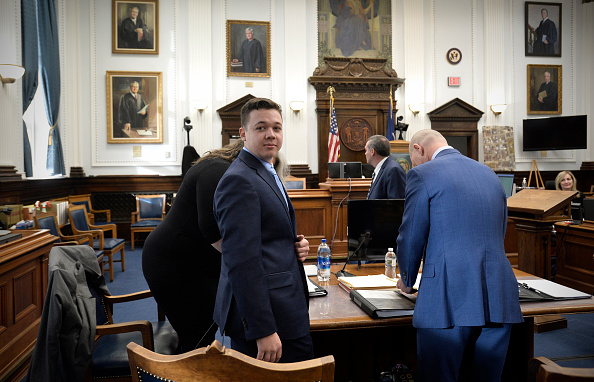 Kyle Rittenhouse, who crossed state lines toting an AR-15 and killed two unarmed protestors and injuring another during demonstrations protesting the killing of a Black man by a white police officer, has been found not guilty on all counts.

I don’t have much to add to that. Given the way the trial was going with that judge — a judge who didn’t allow the two people murdered by Kyle Rittenhouse to be referred to as “victims — none of this comes as a surprise. It doesn’t make it any less infuriating. It also sets a dangerous precedent when it comes to vigilante actions taken by white people in this country, particularly in states with open carry laws.

It’s a sad day and the way that the NYTimes both-sides the verdict is of no help:

Some Americans were horrified by the images of a teenager toting a powerful semiautomatic rifle on a city street during racial justice demonstrations, a reminder of the extent of open carry laws in the United States. Others saw a well-meaning young man who had gone to keep the peace and provide medical aid, a response to the sometimes violent protests that had roiled American cities in the summer of 2020.

Matt Gaetz will reportedly offer a Congressional internship to a kid who killed two people with an AR-15.

well, this sums it up pic.twitter.com/stDiUijcBM

← 'The Morning Show' Concludes a Scattershot, Messy Season | Reddit Asks the Question: What Is Something That Is So 1990s and Early-2000s →