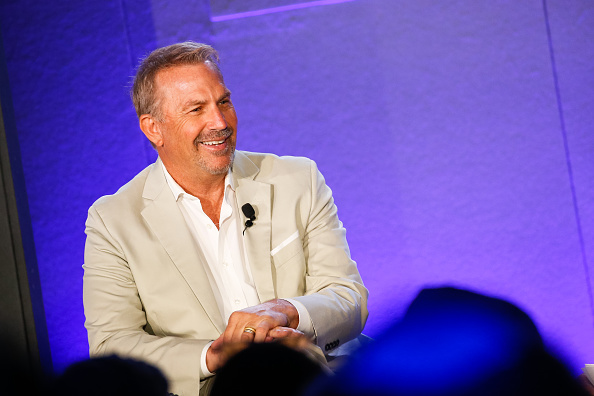 It’s a big primary day in the United States today, and even in 2022, the primaries remain a gauge of former President Trump’s power over the Republican party … and the general electorate. In Missouri, for instance, the state’s attorney general, Eric Schmitt, and former Gov. Eric Greitens (who resigned in disgrace) are running for the same Senate seat. Greitens — who resigned as Governor after multiple scandals, including sexual misconduct, domestic abuse, and campaign finance allegations — was thought to be the preferred Trump-candidate, but he has fallen behind in the polls (despite political ads that basically called for right-wing vigilante justice) and Trump doesn’t want to take the loss. Last night, he endorsed ERIC. Both candidates accepted his endorsement.

When asked to clarify, a Trump spokesperson said that the endorsement “speaks for itself.”

The thing is: If Greitens pulled out a victory, he’s so scandal-ridden and extreme that Democrats might have a chance to win a Senate seat in the very red state of Missouri. Or Greitens could win, and we’d be stuck with a Senator who goes “RINO hunting” and abuses women.

Democrats seem to be staying out of that primary, although in Arizona, the extreme Trump-backed candidates look like they’ll probably sweep most of the races. That reflects poorly on Mike Pence, who was out there trying to drum up support for the more moderate candidates but is somehow maybe good for Democrats. Incumbent Democrat Senator Mark Kelly faces a better chance at reelection if he faces the more extreme, Trump-backed Blake Masters. Meanwhile, one of the Republicans — Arizona House Speaker Rusty Bowers — who testified against Trump in the Jan. 6th hearings, looks like he’s going to be defeated. Siding with the truth is not a good political play in Arizona.

These primaries involving Trump-backed candidates put the Democrats in a pickle. Democrats fare better against the Trump-backed extremists, but also, they could very well lose against those same Trump-backed extremists. Democrats are playing a dirty in some of these primaries, too, by bankrolling ads against the more moderate Republicans or in favor of the extreme candidates. Take Michigan, for instance, where Michigan Rep. Peter Meijer — one of the few Republicans who voted to impeach Trump — will likely be defeated by the Trump-candidate thanks, in part, to the $435,000 Democrats have spent on his election denier challenger, John Gibbs. That’s great if it works out. But devastating if we end up with John Gibbs in the House.

Then there are places like Wyoming, where Republicans will win, it’s just a matter of which Republicans. Liz Cheney — a “good Republican” — only stands a chance at winning her primary (and therefore the race) if Democrats switch over and vote Republican. And that’s why you see someone like Kevin Costner — who must be very popular in that region because of Yellowstone — promoting Cheney.

Y’all: Kevin Costner is not a Republican. Never has been, although I doubt that Republican fans of Yellowstone want to hear that (Taylor Sheridan is not a Republican, either). Costner voted for Biden (after supporting Pete Buttigieg in the primary). He was a big Al Gore guy. Costner is an environmentalist (see, e.g., Waterworld), which actually tracks with his character on Yellowstone. But he’s supporting Cheney because the alternative is not a Democrat. The alternative is Harriet Hageman, who actually used to work for Cheney but is now running against her specifically because Cheney chose to sit on the January 6th Select Committee.

I doubt Kevin Costner is going to save Cheney, but Democrats will do well to continue looking at each district or state and playing the odds.