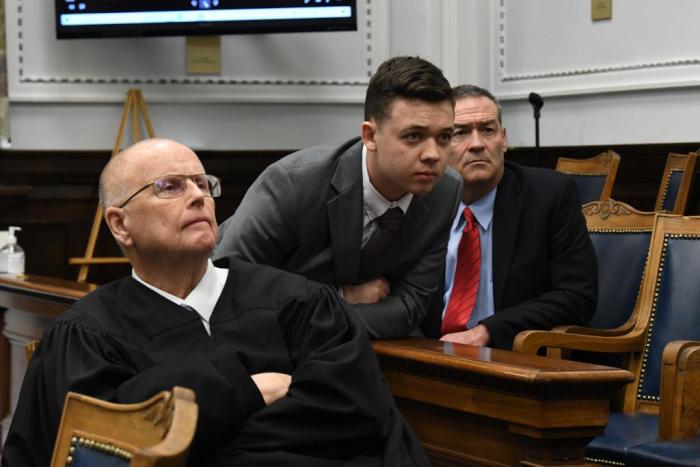 the fuck kind of trial is this

KENOSHA, Wis. (AP) — Kyle Rittenhouse draws slips of paper from a raffle drum to help determine which 12 jurors will decide his fate.

Bruce Schroeder, the judge in charge of Kyle Rittenhouse’s murder trial who has, so far, made racially-insensitive jokes, barred evidence because he doesn’t know how modern video works, and instructed jurors to applaud a defense witness because he was a veteran is allowing Kyle Rittenhouse to select which 12 of 18 potential jurors will determine his fate using an old-timey raffle drum. Right now. 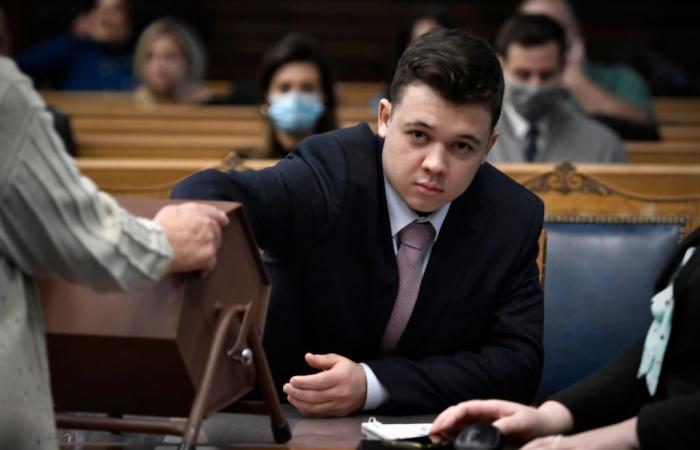 You may recall that only a single juror out of the original 20 is a person of color; everyone else is white as the driven snow. A cynical person might suspect the raffle is to further limit the possibility of that one Black juror getting a voice.

Regardless of whether that’s true, it’s the appearance. Schroeder has shown little concern for his apparent bias toward the defendant so far. He allowed Rittenhouse to remain on parole despite his underage drinking in a public bar with Proud Boys. He barred prosecutors from introducing video evidence where Rittenhouse voiced his desire to shoot alleged shoplifters. Some have argued that Judge Schroeder’s support of the defense is a legitimate pushback against often-abused prosecutorial power, but screaming at prosecutors after the jury was dismissed is perhaps the smallest example of his perceived bias after the “you can’t call the dead men victims” debacle.

Who knows. Maybe Judge Schroeder isn’t actually biased. I’m sure he doesn’t believe he is. But let’s be honest; were Rittenhouse anyone other than a baby-faced white teenager from a conservative state he’d get a much different reception. Imagine a Black teenager photographed drinking with the Black Panthers after shooting three people at an anti-vax march. He wouldn’t get this sort of treatment from the judge, let alone the NY Times.

Kyle Rittenhouse, who has idolized law enforcement since he was young, arrived in Kenosha on Aug. 25, 2020, with at least one mission: to play the role of police officer and medic. The night would end with him fatally shooting two men and wounding another. https://t.co/UuM8VJQGXR


← Surely, Laura Ingraham Is Not This Dumb | The Ghostbusters Make The Late-Night Rounds →