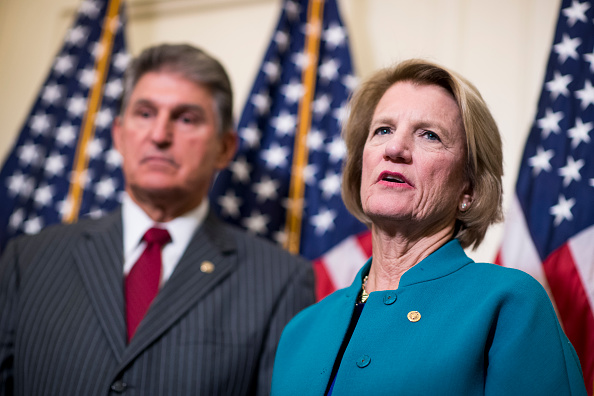 Joe Manchin Is the Worst, and Yet Somehow Better than the Alternative

Some of you may recall that, ahead of the midterms in 2018, the Democrats had to put on a full-court press to talk Joe Manchin into running for reelection again in West Virginia because he was ready to retire. It’s a deeply conservative state, and Manchin was not only the only chance for a Democrat to hold that seat, but he will probably be the last Democrat to win a Senate seat in West Virginia for a very long time. After he won, I think that many of us — as well as a lot of colleagues in the Senate — thought, “Well, he’s a Democrat, so surely he will vote with Democrats,” regardless of his home state.

In some respects, he has. Biden has pushed through 40 federal judges in his first year, more than any other President in their first year since Reagan. He has Manchin, in part, to thank for that. The COVID relief bill he passed when he came into office, and the infrastructure bill he passed a few weeks ago also gained the votes of Joe Manchin.

The reality is: If Joe Manchin had not run in 2018, the Democrats would not have won that seat. Mitch McConnell would still be the Senate leader, and Joe Biden would’ve gotten even less done this year than he has. All things considered, Joe Manchin is better than the alternative, which would probably be a wingnut conservative. Trump, after all, won every single West Virginia county in 2020, and overall took the state with nearly 70 percent of the vote. Truthfully, even if he ran again in 2024, I’m not sure that Manchin could win either as a Democrat or a Republican (and he apparently has threatened to switch parties). He only won by 3 percent in 2018, and that’s only because he bucked his party often enough that he could run as a sort of conservative, independent Democrat.

That doesn’t make any of the bullshit he has pulled this year any easier to swallow, especially his decision this weekend to go on Fox News and announce that he would not support the cornerstone of Joe Biden’s domestic agenda, the Build Back Better plan. One man basically not only stood in the way of Biden’s agenda but he’s shooting down a bill that would help his state, one of the poorest in the nation, immensely.

Those of you with kids have probably noticed that you’ve been getting direct deposits from the government every month, thanks to a child tax credit that has reduced childhood poverty by 50 percent. The December deposit will be our last, which sucks, but it sucks especially for West Virginia, where there are 67,000 children living in poverty, the 7th highest child poverty rate in the nation. Meanwhile, the coal miners that continue to lose their jobs because natural gas is cheaper (and cleaner) and because of automation, won’t get the benefit of a free college education so that they can find themselves another job, as those coal jobs continue to disappear, not because of Biden or Obama, but because of automation and capitalism. Few states would have benefited more from the BBB plan than West Virginia, but also, know this: Most West Virginians didn’t support it because it was Biden’s idea (if Trump had pushed forward the exact same plan, West Virginia would’ve voted for it overwhelmingly).

Joe Manchin represents .5% of US population but is killing Build Back Better supported by 70% of Americans

What’s the solution? Manchin and others will say: Vote for more liberal Senators. All due respect, but as Logan Roy might say, F**k off. The Senate is split 50/50 right now, but the 50 Democratic Senators represent 41 million more people than the Republican half of the Senate. There is nothing we can do about that because no amount of money or door knocking will change the fact that South Dakota’s two Republican Senators wield the same amount of power as the two California Senators, even though California’s Senators represent literally 45x more people.

Hell, as much as I hate the idea, Joe Biden’s best path forward might be Susan Collins, who is Republican, but at least represents a state that decidedly backs the BBB plan. I doubt she would vote against her party any more than Manchin would vote with his, but it’s worth a shot. She helped Obama pass the Affordable Care Act, after all. In the meantime, there’s not a lot that can be done, because — as J.S. notes — we can’t break this bill up into individual parts and vote on them in the hopes that Manchin will bite on some and not on others because the only way this bill goes through is by reconciliation. Otherwise, we need 60 votes, and there aren’t 60 votes, even for something as popular as the child tax credit.

In the meantime, Bernie is livid, and Schumer is vowing to move ahead with the vote, as well as the voting rights act, writing, “If Senate Republicans continue to abuse the filibuster and prevent the body from considering this bill, the Senate will then consider changes to any rules which prevent us from debating and reaching final conclusion on important legislation.” Such rule changes, however, would require the vote of … Joe Manchin.

We can bitch and complain about Joe Manchin all we want, but he’s not going to change his mind. Sadder still, he’s somehow better than the alternative.

(Programming note for Mainers: My wife and much much better half will be on NPR’s “Maine Calling” again today, if you’re a listener.)