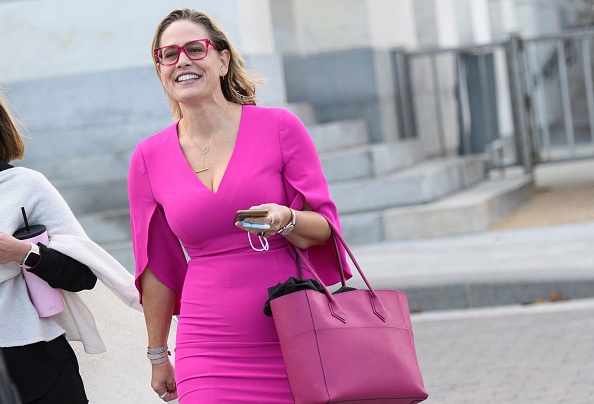 Ball's In Your Court Now, Kyrsten

It was reported this morning that the gross domestic product fell for the second straight quarter, which can be an unofficial indicator of a recession, although other factors — spending and employment — are factored in, as well. Business investment, construction, and consumer spending have also fallen, and I know that the media sector is already making some layoffs in anticipation of less advertising revenue (Vox laid off 39 employees yesterday, including the two people who Thrillist is basically defined by, Esther Zuckerman and Emma Stefansky).

It’s not all bad news, however, as the fed raised interest rates in order to intentionally cool down the economy and tame inflation, which had gotten out of hand because of the rapid growth of the economy last year. Hopefully, this recession — which typically lasts six to 12 months — will be on the shorter end (like the two-month recession in 2020), enough to tame inflation (and gas prices) without causing lasting damage to the economy.

The bigger bummer of it all is that employees will probably lose the leverage they gained in recent years, which itself was a factor in inflation because corporations are greedy and instead of raising prices only enough to meet the demands of workers, they continued to raise them to ensure their profits continued to rise, as well. Take Chipotle, for instance: They’ve had a hell of a time hanging on to employees after the pandemic (and they shut down a store in Maine when it tried to unionize) and prices have risen quickly, but profits have not taken a hit (the last two quarters have seen a 17 percent and 16 percent rise in profits). Even Netflix, which lost $1 million in the second quarter, saw an 8 percent growth in profit. Corporations always find a way, even if consumers are most often the casualties.

In better news, West Virginia Senator Joe Manchin finally did the bare minimum and agreed in principle with Chuck Schumer on a bill that would achieve some of the goals in Joe Biden’s Build Back Better bill. The bill would devote $369 billion to energy and climate change programs designed to reduce emissions by 40 percent by 2030; it would allow Medicare to negotiate better prices for medications; it would extend Obamacare subsidies for another three years. $7500 subsidies for new electric cars (and $4000 for used) will also continue with the bill, which will also reduce the deficit by $300 billion.

To pay for the bill, it will levy a 15% minimum tax on corporations and close the carried interest loophole. It still has to pass the House, and every single Democrat in the Senate will have to vote for it, including Kyrsten Sinema, who apparently opposes closing the carried interest loophole (the bill will also have to get through the Senate parliamentarian). Sinema’s support is an iffy proposition, but maybe renaming the bill the “Inflation Reduction Act of 2022” will help? This may be the last chance Democrats have to pass major legislation before the midterms (and possibly/likely losing the House).

Speaking of the House, California Representative Adam Schiff is making a last-second bid to replace Nancy Pelosi if she retires after the midterms, which many expect. It’s not exactly being met with a lot of enthusiasm, as Rep. Hakeem Jeffries (D-N.Y.) previously seemed to have that position in the bag.