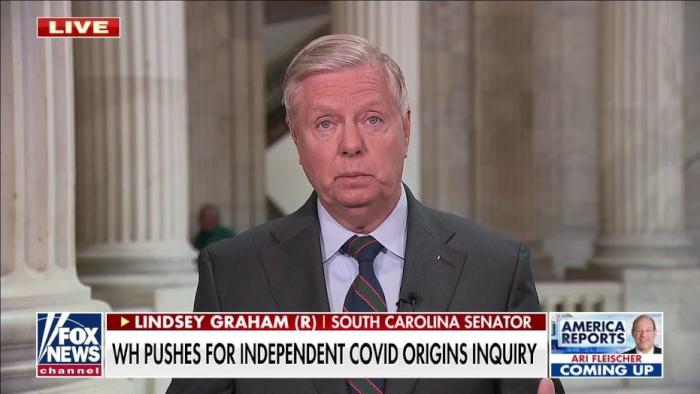 Joe Biden is Playing Right into the Hands of Fox News

In another context outside of the pandemic, I have had a lot of experience with science and medicine over this last year, and while I have always appreciated how much I thought science was black-and-white, I have come to learn that that is not always the case. Science can be used to provide the most likely answers, and it can be used to dismiss the extremely unlikely answers, but it can’t always give you the exact right answers.

The problem with that in the context of COVID is that, until those extremely unlikely answers are definitively ruled out, some people may continue to believe them, particularly if those answers align in a personally and politically expedient way. All of which makes Joe Biden’s decision to “redouble” his efforts into investigating the origin of the Coronavirus all the more confounding. Biden has ordered a review of COVID’s origins, and his Administration is pursuing two rival theories, although those rival theories are being given equal weight, at least by the media. Did it happen naturally? (Yes). Or was it a lab leak? (No).

Maybe China is not being as cooperative and as forthcoming as we might like, but that does not transform the extremely unlikely into the likely, and as Reuters points out, Biden’s investigation also lends “credence to a theory that the virus may have emerged from a Chinese research laboratory instead of in nature.” That is not a theory Biden wants to amplify. Why? Because he’s playing right into the hands of Fox News. Here’s Massive Sci with the perfect breakdown:

If the question is “are both hypotheses possible?” the answer is yes. Both are possible. If the question is “are they equally likely?” the answer is absolutely not. One hypothesis requires a colossal cover-up and the silent, unswerving, leak-proof compliance of a vast network of scientists, civilians, and government officials for over a year. The other requires only for biology to behave as it always has, for a family of viruses that have done this before to do it again. The zoonotic spillover hypothesis is simple and explains everything. It’s scientific malpractice to pretend that one idea is equally as meritorious as the other. The lab-leak hypothesis is a scientific deus ex machina, a narrative shortcut that points a finger at a specific set of bad actors. I would be embarrassed to stand up in front of a room of scientists, lay out both hypotheses, and then pretend that one isn’t clearly, obviously better than the other.

Besides the hazy science, there is an undeniable political aspect to this argument. When violence against Asian people in the US is spiking, it’s naive at best and violent gaslighting at worst to pretend that supporting an evidence-free hypothesis that clearly adds fuel to the idea that China inflicted COVID-19 upon the world, that they did this to us, is noble scientific dispassion. There’s a choice being made here between two ideas — one that falls neatly within the world of biology, and the other that knots together conspiracy theory, political intrigue, and xenophobia.

Another thing is that it leads to people like Nate Silver gamifying a goddamn pandemic with absolute nonsense:

OK let's get this on record. What percentage chance would you assign to a lab leak? Because there are a lot of credible people I'm reading from and talking to that consider it reasonably likely (at least 50%). https://t.co/fznK2aW8fA 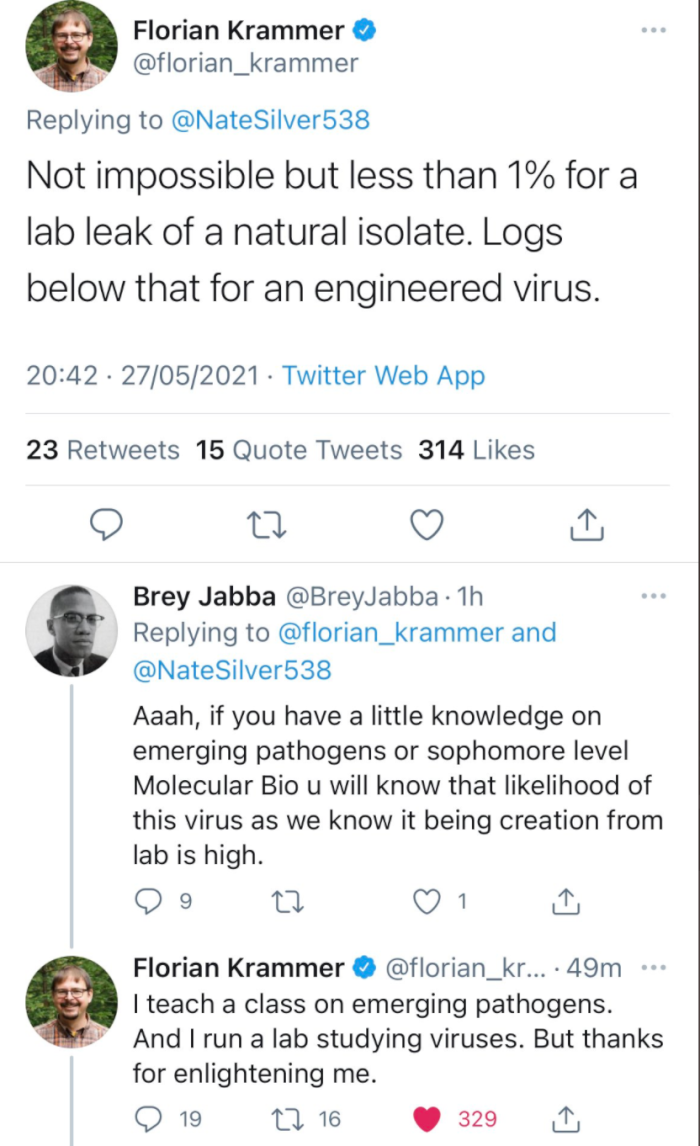