The Horowitz Report is out. It’s Inspector General Michael Horowitz’s review of the FBI’s investigation into Russian interference and the Trump campaign’s links to Putin. The whole goddamn thing is a farce. Not the report itself — it’s meticulous, and well done, and illustrates that there were mistakes made but there was no political bias or improper motives behind the investigation. The farce is in how it is covered because it’s the same exact pattern we’ve suffered through for four years. The report exonerates the FBI, and while it shouldn’t be political, the Democrats will praise the FBI for their handlings of the investigation, while the Republicans will harp on the mistakes and try to turn them into something they aren’t, and the media will play along. “The Horowitz Report clears the FBI,” the media will report, “but Donald Trump and the White House do not agree, and here’s the list of explosive reasons why they disagree with the truth.” By the time the media gets through the list of Republican grievances, no will remember that the report cleared the FBI. I mean, here are the top stories this morning on Google for The Horowitz Report:

The Republicans couldn’t have mapped it out better. The story is not about the FBI being cleared, it’s about William Barr’s disagreement with the FBI and Trump’s attacks on the FBI director. Different day, same bullshit. Trump is exhausting. The media is exhausting. The facts are of no interest to the media unless they can find some friction and dissension because that’s what gets clicks. I mean, I should know: Look at the angle I chose to take with the headline. Did I go with, “IG’s Report Clears the FBI of Political Bias and Improper Motive in Russian Investigation”? No, I did not, because no one would read that. The fact that the Horowitz Report reveals that the guy who suggested there might be a pee tape is close friends with the President’s daughter? Now that is interesting. From the Post:

The previously unknown friendship between former intelligence officer Christopher Steele and Ivanka Trump was alluded to in a new report released Monday by the Justice Department’s inspector general, which said Steele had “been friendly” with a Trump family member, a relationship he described as “personal.”

Steele told investigators he had visited the Trump family member at Trump Tower in New York and had once gifted the person a family tartan from Scotland.

“The Inspector General did not find political bias or improper motives” — Trump is mad at Christopher Wray because Wray told the truth about the IG report pic.twitter.com/UKjDonljU9

I’m sure that Wray won’t be fired until Trump needs a big distraction from the impeachment proceedings. Speaking of which, as I’m sure your phone alerts have told you, the House Democrats have unveiled the two articles of impeachment against President Trump, abuse of power and obstruction of justice.

NADLER: "Today, in service to our duty of the Constitution, the Judiciary Committee is introducing 2 articles of impeachment …the first article is for abuse of power …the 2nd article of impeachment [is] for obstruction of Congress …no one, not even POTUS, is above the law." pic.twitter.com/mM67Xt6LFB

I understand why they’re not rolling the Mueller Report stuff in here because they want to take their best shot. I don’t really understand why they’re not including the campaign finance violations, for which Michael Cohen is currently serving time, having aided the President in paying off two women in order to silence them about affairs. It seems to me that’s a pretty open-and-shut case, but what do I know?

Daisy Ridley Does Not Appear to Understand White Privilege 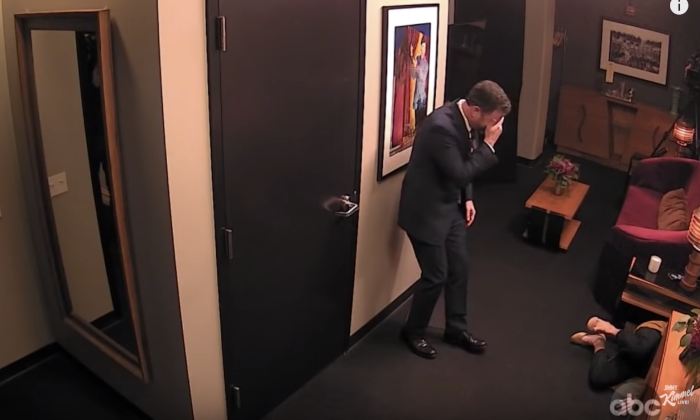