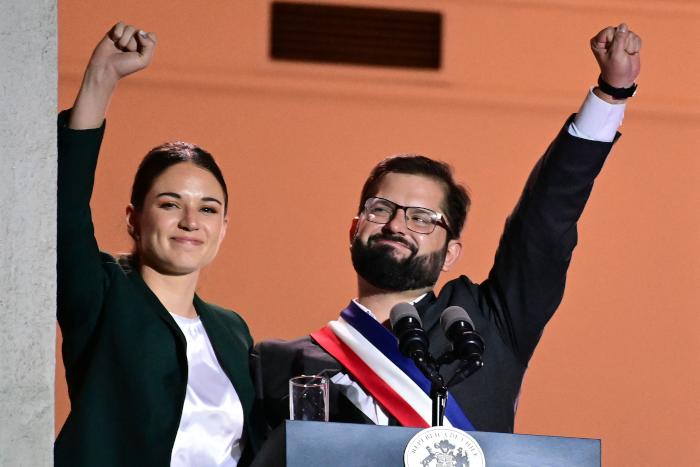 Taking two months between the presidential election and the inauguration isn’t exactly that long; it takes a while to set up a cabinet, fill key government positions, be introduced to the international community or simply take the last week off before becoming responsible for everything there ever was, is and will ever be in your country for at least four years.

We Chileans have a pattern of being too comfortable going from the highest of the highs to the lowest of the lows. It makes sense for a developing country; one could say that our reality is somewhere between peak and nadir, and so do all of our macro indicators. More precisely, Chile has them both, things that make us justifiably proud, and problem areas that the indicators’ averages hide. This makes for another one of our indelible traits as a nation: anxious doubt. We want things to go well, we see indications that things might go well, but we’re always thinking of the worst-case scenario. There’s always a nagging doubt whenever we are enjoying ourselves too much, even when we deserve it or when we need it. Did I mention we’re the most seismically active country in the world? And that most of the country does not celebrate carnivals, unlike most of the Americas?

In the run-up to the inauguration, doubts about Gabriel Boric started to seep into many of us, but not about him, not about his qualifications, or his team (well, there will always be valid criticism about this or that appointment), or his character. Not at all, it was about whether we were turning him into an idol. Because the public reception towards him has been effusive to say the least: Hundreds of people have waited for him at the provisional headquarters of his government, day after day, and he has been showered with letters of support, drawings from children and quirky gifts, an overwhelming feeling for him and all of us who support his government: What to do when a majority of the country actually has faith in what you can do?

More to the point, the Chilean Left has an outsized fear of being accused of creating a cult of personality. We dread becoming, well, any of the other Latin American Lefts, with their Castros, Peróns or Chávez.

But then you think about everything Boric had to overcome to get to this place, you start doubting your doubts and they cancel each other out. At several times during his election run, he could’ve failed: He turned the minimum age for the position (35) the same year of the election; he was short of signatures to register for the primary right before the deadline, he ended up 40% above the minimum threshold; most polls had him losing that primary to his rival, an experienced and popular Communist mayor, he ended up winning with 60% of the vote; he caught COVID during the debates in the run-up to the presidential election and some party-members kept saying dumb shit; the first-round results were a gut-punch of unfavorable results, worse still, running against a fascist; and he managed to become the most voted president-elect in our history.

Then you remember, because you were there, that this was the same fervor we have had at several times since the return of democracy: When Ricardo Lagos won, the first Socialist president since Allende, and when Michelle Bachelet won, both times. And all of those governments were as successful as they could be.

Also, this is the same wave of hope people had when Allende won. And then the doubts seep back in.

But there’s the other thing: He’s the youngest President ever in our history. The first President who is also young in the context of our times. A Millennial, a new generation that comes into power while still being young, with politics being the one area in life where experience is sometimes overrated (it’s not learning if you keep doing the same thing over and over again), and youth is underrated (you’re closer in time to the ideals that got you into politics in the first place). One advantage we Millennials (in Chile at least) is that we are yet to be fully swamped by forms that dictate the content. And damn if Chile isn’t a country obsessed with forms. Some of which are nice traditions, many of which are pointless formalities.

That Millennial spirit got started in the meetings he had with international delegations the day before. First, Japan’s Foreign Affairs Minister had the perfect gift. The whole session reminded me a lot of that classic Obama sketch by Key & Peele.

The inauguration on Friday was the treat we deserved and we knew was going to be a symbol of what is to come. It’s like going to most Pixar movies: You know you’re going to see something great and be rewarded, perhaps you’re not going to be surprised is that good, but that is not supposed to be a problem.

And the first thing Boric did was to not wear a tie. Many Chileans over 40 lost their goddamn minds, mostly out of resentment and envy.

And this shake-up of pointless formalities went beyond him. Chief of protocol Manahi Pakarati wore traditional Rapa Nui dress. Many Chileans over 40 also lost their goddamn minds.

A shake-up to the figure of the first lady too. The banner picture shows Boric alongside his partner, Irina Karamanos, a political activist and organizer who graduated from Anthropology at the University of Heidelberg, among many other honors. At first reluctant and critical of the role of first lady, she decided to rework the position from a feminist perspective and focus on Trans topics and migrant children. Chile has long overcome its Catholic-traditionalist outrage at unmarried couples living together; I mean, most of us are born to unwed mothers after all. But it’s still symbolically powerful to see a common-law couple as the first couple.

For inaugurations and official ceremonies, Chilean Presidents are driven around in a Ford Galaxie convertible, a gift from Queen Elizabeth back in the 60s. We love it because it’s classy enough to be presidential, but not ostentatious, at least not compared to The Beast. This time, it was driven by a female security officer, and as Boric arrived at the presidential palace, he did it side-by-side with Izkia Siches, the first female Interior Minister, and for all intents and purposes, his running mate and eventual presidential prospect. A career path they have been working towards since they were student leaders back in 2011.

As he arrived to the presidential palace, he walked towards Salvador Allende’s statue to pay his respects. Perhaps our greatest success as a nation is making sure — against the interference of right-wing media and perennial cuts to public education — that we kept historical memory alive among those of us who were too young to remember it or were not even alive back then.

But there are traditional forms we can still appreciate. Like having the incumbent and the elected president during the swearing-in ceremony. Even though most of us want that incumbent to be prosecuted for human rights violations, there is a closure needed in observing these republican rituals. And when I say republican, I mean in its true sense, not in the GOP sense.

Boric is handed the presidential sash in Valparaíso as the 36-year-old officially takes charge in Chile #CambiodeMando pic.twitter.com/8azFOp6Y5K

Whatever happens to Piñera, seeing this is the most beautiful satisfaction for all of us. Because Gabriel Boric, leading millions of young Chileans, has been a foil to Piñera since his first term in office (presidential reelections are not consecutive). They have been bitter rivals for over a decade now; Boric represents the exact opposite of everything Piñera is, though they come from similar upper-middle-class backgrounds. For Boric, there was no path but public service and politics. For Piñera, politics was just a glorified feather in his cap after making billions of dollars. And now, disgraced, he hands the presidency over to that hairy kid that confronted him years ago for not listening to the students and the people. Back then, we already suspected he would become the president someday, we just couldn’t predict how quickly it would all come to be:

I haven’t been able to find a properly subtitled version of his first speech to the nation, but first speeches are not so much about what is said, but the how. Is all about the cadence, the youthfulness and humanity in his voice, and the things that are different, like my favorite part, when he made it clear that he will make mistakes and they will have to make up for them with humility.

And then he did this after he finished:

The face of new Chilean president @gabrielboric after his first speech.pic.twitter.com/ZBQzyGrR28

We have a human for a president. Damn, I missed vulnerability at the highest office.

As my favorite movie quote says, the problems start now. But at least we have someone who cares about solving them.