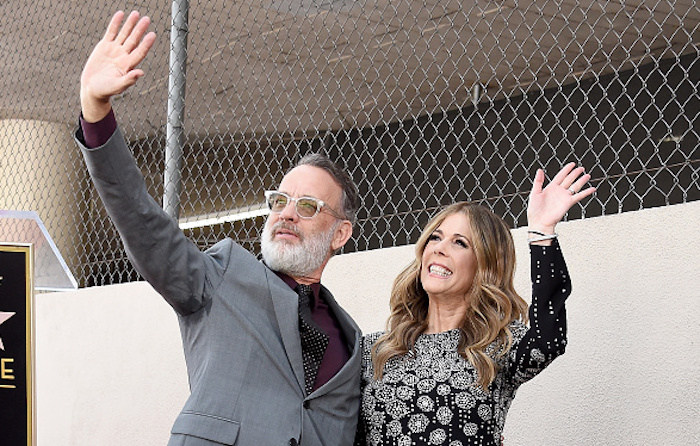 It's Been One Year Since Tom and Rita Day

Good morning. It is the one-year anniversary of Tom and Rita Day. We made it! Some of us in one piece. It has been a brutal year for many of you, many of whom have lost jobs, have lost family members, who have been sick — sometimes very — and have dealt with turbo-fired mental health issues. It’s been a hell of a 12 months, and I’m sure that many of you have memories both traumatic and inspiring that will linger for years, if not decades.

It took over 525,000 deaths (and counting) for this country to rid itself of a pustule who was in the White House, and it took untold damage to the economy for this country to finally start to expand the social safety net. There were people who suffered enormously in the last year, but many of them will have better years ahead, thanks not just to the COVID-stimulus bill passed by Biden but the way in which the country has shifted its priorities (for the time being, anyway). A lot of you have discovered the value of mental health; a lot of you have discovered the value of exercise; better eating; better sleeping; and the value of your friends and families, and maybe even the lack of value in social media.

Some of you lost jobs, while others have found better jobs, and still others made your jobs work against all odds. Your kids also got really good at screens. Many of you gained a newfound appreciation for the work that teachers do. All of you, I hope, gained a newfound appreciation for science and the power of intelligent minds. Education matters. Make it less expensive and more accessible. And do not ignore the link between teachers and education and science. The scientists who developed the vaccines that will (hopefully) pull us out of this mess within a few months almost certainly were the beneficiaries of good teachers, and good teachers are the products of a good education and other good teachers, and good teachers and access to better education will improve all of our lives.

I personally would like to acknowledge a reader named Jim. I don’t know if he’s still reading the site, but around March 24th of last year, he emailed us to share his excitement that his newlywed wife — a nursing instructor — was being removed from a ventilator. That was during a time in which everything felt hopeless, and there was a tremendous amount of uncertainty, and we all felt this overwhelming, impending sense of doom. But this one positive story — and Jim’s relief and love for his wife — kept me going for a long while. I did do some follow-up and learned that months after she left the hospital, Jim’s wife was still feeling the lingering effects of COVID — I hope she’s feeling closer to 100 percent now. Thank you for sharing your story with us, Jim.

We still have a way to go, but every one of you who have made it through the last year are rock stars. Just goddamn rock stars. Let’s hope the year after the one-year anniversary of Tom and Rita Day is better than the last.