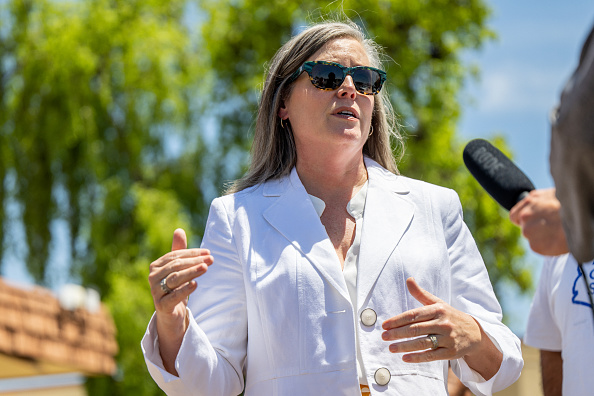 It Was a Good Primary Night for Trump and, Counterintuitively, the Democrats

It was a big primary night in America. In addition to a victory for the pro-choice voters in Kansas, Donald Trump had a good night which, counterintuitively, could also mean a good night for Democrats. The Democrats are facing tough headwinds during a midterm election year that historically goes to the party opposite the sitting President. With the sitting President’s approval ratings being what they are, that’s even more true … except that Trump still has a stranglehold over the GOP.

That’s great for Trump, but not necessarily the GOP, at least in swing states, where voters otherwise amenable to voting for Republicans may instead vote Democrat to avoid victories from Trump-backed conspiracy theorists. Make no mistake, however: Some Trump-backed conspiracy theorists will win in November. There will be more Marjorie Taylor Greens and Lauren Boeberts but hopefully, voters can limit them to deep red states and red districts.

To wit: In Michigan, Trump-backed Tudor Dixon won the Republican primary for Governor, where she’ll face incumbent Democratic Governor Gretchen Whitmer. Early polls show Whitmer with a ten-point lead. Also in Michigan, the Trump-backed election denier John Gibbs defeated Peter Meijer, who voted to impeach Trump as a freshman Republican. I can’t find any polls on the race, but the Democrats — who are running Hillary Scholten — have a better chance against Gibbs than Meijer. Meijer defeated Scholten by a 53 to 47 margin in 2020, but redistricting made that district more Democratic-friendly.

Trump had a terrific night in the Arizona Republican primaries, which again is where Democrats can most take advantage. In the Arizona Senate race, Trump-backed Blake Masters won the GOP primary. Incumbent Democratic Senator Mark Kelly, however, has an 8ish point lead in a head-to-head matchup in early polls. The Governor’s race is still too close to call between a Pence-backed candidate and a Trump-backed candidate, although early polls have the Democratic candidate, Katie Hobbs, well ahead of both. In the Secretary of State race, there are no polls available yet, but Democrats better pray they pull out a victory there in the general. A Trump-backed election conspiracy theorist Mark Finchem won the Republican primary while Adrian Fontes holds the lead for Democrats. If Finchem wins, he’ll be in charge of voting in the 2024 Presidential election in a swing state. It’s going to be a very tense night in November in Arizona because if Democrats don’t show up, Trump-backed conspiracy theorists are going to take complete control of that state.

In Missouri, the Trump-backed Eric Greitens was soundly defeated by the … Trump-backed Eric Schmitt, who is expected to maintain that Republican seat because he is not as plagued by horrifying scandals as Greitens. A Greitens win might have put that one in play for Democrats, but Greitens is horrific enough that I wouldn’t have wanted to see how that played out. This guy also lost in that race:

In other primary news, the guy who pointed a gun at Black Lives Matter protestors ran for the US Senate and got 3% of the vote 😂 pic.twitter.com/FAzN8ORJqa

Finally, in Washington, Democrats did what Democrats do in there. It’s an open primary state, so in the Senate race, the top two candidates (regardless of party) advance. Democrat Patty Murray and Republican Tiffany Smiley won and will face each other in the general, although Murray won in the primary by 22 points. She’s gonna be just fine in November.