Ilhan Omar may well be the bravest person in America.

In a nation institutionally hostile to a) women, b) women of colour, c) Muslim women of colour, and d) immigrants, the 37-year old Congresswoman from Minnesota stands at one of the most fraught crossroads of identity imaginable.

Large swathes of the population are filled with a rabid racist hate for her. White nationalist broadcasters with audiences of millions threaten her. The President himself leads racist chants designed to intimidate her into silence, and to incite violence against her.

And yet despite all that, not only does she refuse to go gently into that good night, she rages against it like a fire that simply cannot, will not, be contained. With every public appearance, every bill or policy put forward, every speech, this extraordinary woman makes one thing clear: America, if there is hope for you, it lies in politicians like Omar.

Here, just the latest example of her incredible acuity. Listen to her call out the Islamophobic framing of this questioning, presented by the speaker as a ‘neutral, reasonable’ like of reasoning:

'As Muslim legislators we are constantly being asked to waste our time speaking to issues that other people are not asked to speak to.' — Watch @IlhanMN shut down this biased, 'appalling' question pic.twitter.com/m1mthJxK8J

Like Omar says, the toxicity of this racist double standard is incredibly potent. It others Muslim politicians, minimizing them into being somehow responsible for every one of the 1.8 billion other people on the planet who share their faith. It is framing that is never applied to politicians of the Christian faith. Indeed, as ‘Muslim’ is also an identity marker that has become a proxy for a general ‘brownness’ in contemporary racist discourse, it does even more damage than it initially appears to. In effect Omar—and politicians like her—are forced into constantly apologizing for all people of colour. Furthermore, it has a neutralising effect on any progressive change that politicians like Omar may be trying to enact, as—as she says—it distracts from the very real and tangible work they are trying to do to change things.

Here is British rapper, scholar, and entrepreneur, Akala, addressing the same double standard in trademark penetrating fashion when confronted with a (then not as famous) Stephen Yaxley-Lennon (aka Tommy Robinson):

And here, as a palate cleanser from all that ignorance, the most beautiful of sights:

Congresswoman Omar just arrived back in the Twin Cities. pic.twitter.com/ZiFqWnDJgQ 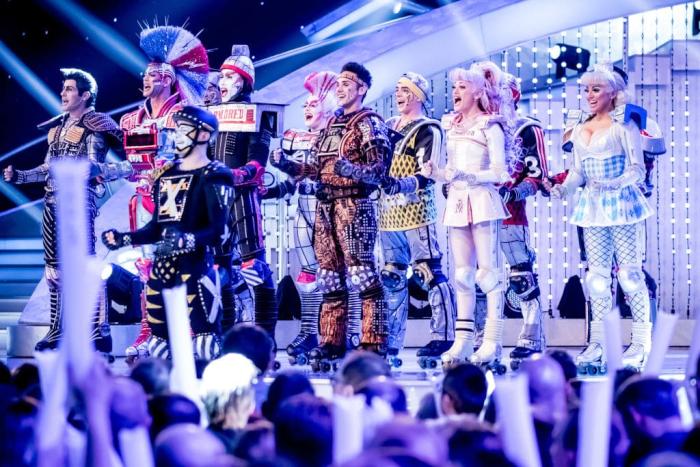