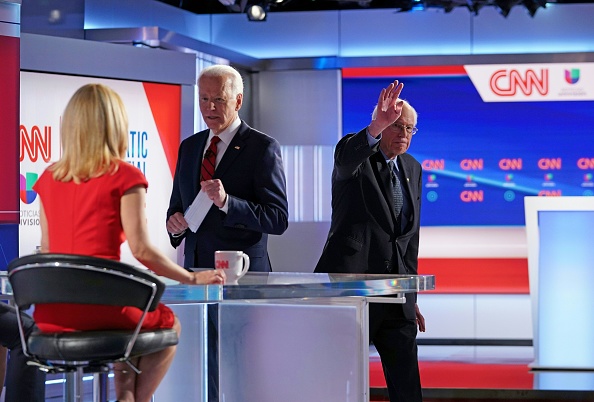 If Joe Biden and Bernie Sanders Debate During a Pandemic, Does It Make a Sound?

How are your stay-at-home Coronavirus plans going, so far? While we await schools to set up their remote learning plans, my wife has the girls set up working on Brain Quest worksheets, and I’m sending articles to my son as I come across them, like How It Pays to Be Rich During a Pandemic. It’s a weird time, y’all. We’re not worried about the Coronavirus, because after being stuck inside together for 2-4 weeks (or longer), we’ll definitely murder each other first. 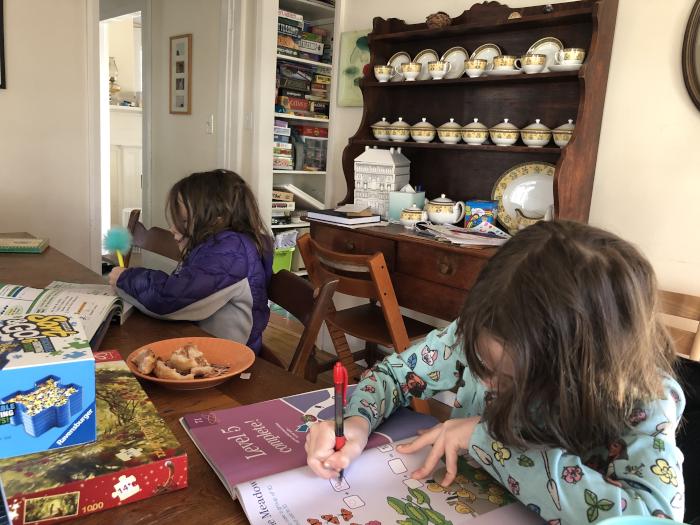 In any respect, there was a debate last night, and I feel like we should talk about that because that’s the sort of thing we’re accustomed to talking about, even though — after a year of insane campaigning, billions of dollars spent, tons and tons of coverage — the field in the Democratic Presidential primary has finally been winnowed to two, and last night, the debate felt like … an afterthought.

Like, what are we even doing? Based on my Twitter feed, it felt like an opportunity for all the Bernie supporters to get their last shots in, and I welcome that! Get it all out of your systems! I don’t think it’s going to make much difference in the actual race, because it feels like the writing is on the wall, although I had a weird thought this morning that in Florida, Illinois, Arizona, and Ohio, all the old people will stay home (BECAUSE THEY SHOULD) and the young people will turn out in droves for Bernie because they think they’re invincible, and this becomes a race again. Wouldn’t that be a kick in the pants, particularly given how heavily Biden is favored in all four states. And given the way things are going, don’t rule it out, y’all.

In the meantime, the debate? Look: From what I watched of it, it felt like Biden was a little more on his game, less old-man-yelling-incoherently (and just old-man-yelling), while Bernie stuck with much of the same script, despite what’s going on in the world. People love Bernie for his consistency, and they should, but in some ways, it keeps him from engaging in the world as it is now, which is a trash fire. We have turned the corner from Medicare for All, free college tuition, and $15 minimum wage to, “Will there be minimum wage jobs and colleges in existence in two months?” It’s a scary time. A revolution sounds vaguely terrifying. Or maybe a revolution is the only way out of this mess. I think — no matter who is in charge — the United States is going to become a socialist country very soon, out of pure necessity. The difference will be: Will it be socialism for the people? Or corporate socialism?

In any respect, the only real news to come out of the debate was that Biden said that he would definitely pick a woman to be his Vice President (and Sanders said he probably would, too) and Biden said he’d also choose a woman of color to be on the Supreme Court. On the VP front, most of Twitter seemed to immediately latch onto Kamala Harris (and who wouldn’t love to see her destroy Mike Pence in a debate?), while a lot of people wondered if Biden might choose Anita Hill for the Supreme Court (and a lot of other people thought, “Why in God’s name would she willingly choose to sit on the bench with Clarence Thomas? (But also, were Thomas to retire, how fitting would it be to replace him with her?))

It was fun to speculate, briefly. I really like Kamala Harris. I think Stacy Abrams would be a better choice (and put Georgia in play). I obviously love Elizabeth Warren, but I’d rather see her keep her Senate seat or take over Treasury (and then dismantle Wall Street). I am not excited about Joe Biden, but I’m not unexcited about a potential Biden Administration.

In the meantime, my daughter has just informed me that an anteater’s tongue is two-feet long, so I think I’ll wrap this up. Yoga is next on the Mom School Schedule.