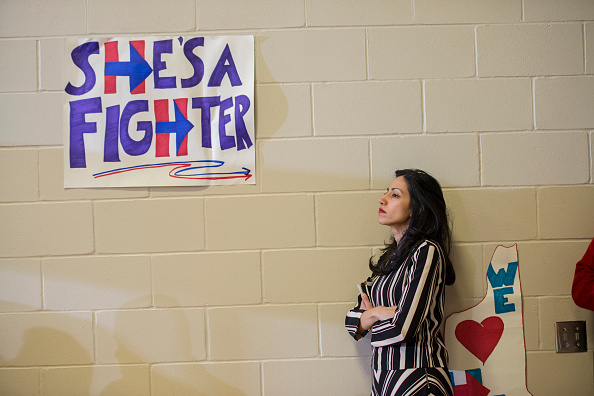 Huma Abedin Writes that She Was Sexually Assaulted by a U.S. Senator

I’ve always had immense respect for Huma Abedin, Hillary Clinton’s former aide. I think part of it is because one of my favorite people in the entire world used to be an aide to an Important Person; the job is all-consuming and there is little public credit. It’s the nature of the gig: To make your boss look good, to make her life easier, and not to be the story.

Huma Abedin became the story through no fault of her own, save for her choice of marriage partner. By virtue of being Hillary Clinton’s closest aide, she became the subject of innumerable conspiracy theories, and then a real-life scandal surfaced that was as bad as any of the made-up sh*t. Abedin’s husband, Anthony Weiner, embroiled himself in a highly publicized sexting scandal in 2011 — while Hillary Clinton was Secretary of State — and was forced to resign from Congress. Two years later, Weiner attempted a comeback by running for New York City mayor, and was taken down in yet another sexting scandal (the documentary about it is riveting and immensely uncomfortable). Then, two months before the 2016 election, Weiner was caught again sexting, this time with an underage girl while lying in bed with his son.

During a criminal investigation into Weiner, his laptop was seized. Because emails pertinent to Hillary Clinton were on the laptop, James Comey re-opened the investigation into Hillary’s emails 11 days before the voting began in the 2016 Presidential race. Many — including Hillary Clinton herself — believe that it cost her the election. Can you imagine carrying the weight of that? Hillary Clinton may have lost an election because her aide’s husband couldn’t keep his dick in his pants?

Abedin has a new book coming out, and this is one of the rare books from political figures I fully intend to read. I really do want to know what she was thinking during all of those years while dealing with an unfaithful husband. We don’t know many of the details because Abedin is a private person; again, that is the nature of her job. The book is called Both/And: A Life in Many Worlds, and Vogue has already posted an excerpt, where she writes about finding out for the first time that Anthony Weiner had been sexting other women. I’m interested in that story not because of the sordid details but because I want to know how Abedin emotionally processed all of those revelations. How do you navigate that kind of nightmare?

This morning, however, what’s getting the most attention is that — in the book — Abedin also reveals that she was sexually assaulted by an unnamed Senator. A Senator asked her up to his place for coffee, and things took a turn. From The Guardian:

She says the senator took off his blazer, rolled up his sleeves and made coffee while they continued to talk.

“Then, in an instant, it all changed. He plopped down to my right, put his left arm around my shoulder, and kissed me, pushing his tongue into my mouth, pressing me back on the sofa.

“I was so utterly shocked, I pushed him away. All I wanted was for the last 10 seconds to be erased.”

Abedin writes that the senator seemed surprised but apologized and said he had “misread” her “all this time”. As she considered how to leave “without this ending badly”, she writes, the senator asked if she wanted to stay.

“Then I said something only the twentysomething version of me would have come up with - ‘I am so sorry’ - and walked out, trying to appear as nonchalant as possible.”

As The Guardian notes, there is nothing in the book that identifies the Senator, or even what party he was in. The memory of the event resurfaced — according to Abedin — during the Brett Kavanaugh hearings. Naturally, right-wing Twitter is coming after her, mostly suggesting that it’s awfully convenient that the memory would surface just when she needed to sell a book, and also mocking her for characterizing the incident as “sexual assault.” It’s ugly (and there’s a lot of racism involved), and of course, Abedin is also being blamed for her husband’s infidelities, too. Because nothing really ever changes, does it?

Both/And: A Life in Many Worlds, by the way, will be available on November 2nd.