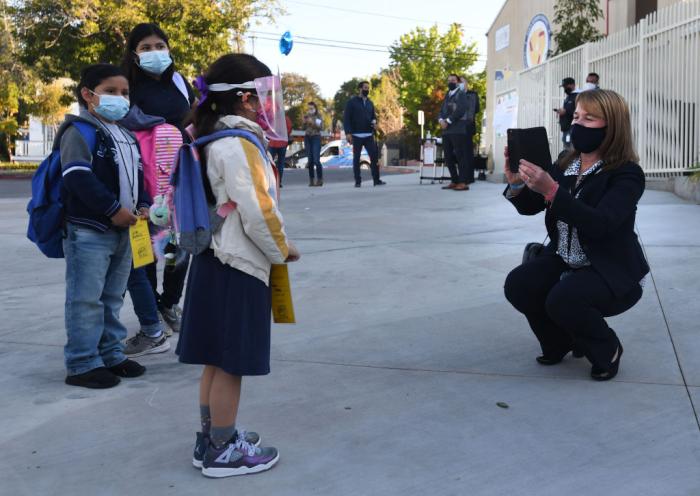 How's that "Back to School" Thing Going?

There’s a lot of anxiety for both parents and children when Back to School season starts. Does your kid have the right supplies? Does the school know about your son’s allergy? Will they make friends? Will a school remove your daughter because of her spaghetti straps or natural hair? This year comes with the added anxieties of a new school year beginning in the middle of a pandemic when many state and local governments have given up even the pretense of public health. It begs the question: How’s it going? Unfortunately, it’s not an easy question to answer because like most American issues these days, it depends entirely on what state you’re in.

In New England, where many schools are only now opening for the fall, things are cautiously optimistic. Massachusetts, Connecticut, Rhode Island, and Maine have universal masking requirements in place for K-12 schools. Vermont and New Hampshire have so far avoided statewide mandates but allow local school systems to implement them, and many have. Many higher education institutions in the area also have both mask and vaccine requirements for students, faculty, and staff, and are meeting or exceeding expectations. UMass Amherst, Harvard, UConn, and Northeastern, among others, are all reporting over 90% vaccination rates among their communities. Unvaccinated students must test frequently and those without medical or religious exemptions are automatically withdrawn; faculty or staff in similar situations are placed on unpaid leave. It’s amazing what mandates, paychecks, and a minimum of basic education can accomplish.

On the other end of the bell curve, 4.5% of Mississippi K-12 students were in quarantine within the first few weeks of school opening. Over 4,500 students tested positive for Covid in a single week, along with more than 900 of their educators. Over 600 local districts have now implemented mask mandates but it’s fair to say the damage has already been done. Texas’s Gov. Greg Abbott has lived up to the conservative ideal of small government by universally banning state, local, and private mask mandates. Their covid situation is so dire that local school boards are forced to use their draconian dress codes for good. The same standards that hold your daughter’s skirt length responsible for boys’ attention spans now also require all students to mask up, despite Gov. Abbott’s impotent financial threats.

Lousiana wasn’t doing well even before their latest weather-related disaster, with over 6,100 confirmed covid-positive students in less than a month. That’s not even taking into consideration the Covid-19 patients put at risk due to the storm damage, or the risk they brought to the rest of their community by straining the healthcare system to near its breaking point even before Ida hit. Florida, meanwhile, is withholding funds from schools that mandate masks even as hundreds of students are sickened and thousands quarantined.

Every parent wants their child back in school. I think we all learned that virtual learning is desperately lacking in a lot of ways, and most of us aren’t cut out to be educators. That said, some of us want them there safely, while some merely want them out from underfoot. And unfortunately, too many of the latter run state governments and local schools boards for anyone’s safety.

← An Entomological Quibble: The Bees in 'Candyman' are Basically Wasps in Real Life | 5 Shows After Dark: 'Only Murders in the Building' Premiere Hulu, 'Lego Masters' on Fox →