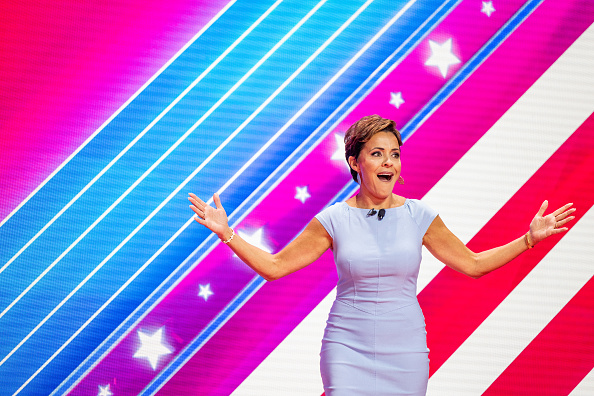 How the Republican Party Made Election Denialism Palatable to Swing Voters

In 2016 after TFG won the Presidential election, Democrats were crestfallen. Devastated. For days, weeks, and months, we were in a state of disbelief. We walked around in a daze. I wrote a lot about politics during that time, and though we never said that the 2016 election was “stolen,” we often did suggest that TFG won by unfair means. It came down to three states (Pennsylvania, Wisconsin, and Michigan) and a relatively small number of votes.

Democrats never suggested that there was cheating at the polls, but we did argue that were it not for Russian disinformation and James Comey’s decision to reopen a criminal investigation into Hillary Clinton’s emails three weeks before the election that Clinton might have won the tiny sliver of votes necessary to push her over the top in those three swing states and therefore win the election (I still believe that). We never denied the election results, but Democrats often did suggest that TFG was an “illegitimate President,” based not just on the fact that he may have won because of Comey and Russia, but also, the fact that he lost the popular vote.

We never planned a coup or an insurrection, of course, but the massive nationwide Women’s March and the protests against the Muslim ban were certainly fueled, in part, by our belief that TFG was unfairly elected President. “He’s not MY President,” the bumper stickers would say. Likewise, the Left certainly had its share of conspiracy theorists over the next four years (remember Louise Mensch). Fortunately, they didn’t drag the entire party down with them.

Cut to four years later. The GOP has been completely transformed by the MAGA movement. They no longer trust the media, there are deep-state conspiracies aplenty, Q-Anon has a grip on a large section of the party, the former President of the United States is fueling the conspiracies, and there’s an insidious strain of election denialism coursing throughout the party.

It’s the election denialism that the Democrats jump on; it’s so fringe that Democrats have been able to alienate some Republicans to the extent that we’ve actually helped the GOP nominate election deniers in primaries because we believe that we have a better chance against those far-right candidates. We reasoned that only the lunatic kooks believe that there was ballot stuffing, that migrants were bussed into swing states and voted illegally, that thousands of dead people voted, and that Democrats filled drop boxes full of votes and left them in swing districts. Hard-core MAGA Republicans may believe that, but there are enough conservative voters who don’t that it improves our chances at winning in general elections against election deniers, right?

Hold that thought. Over the last few months, election denialism has taken a more voter-friendly approach, which — according to British journalist Gabriel Gatehouse, who spoke about this on The Problem with Jon Stewart podcast — sprung out of the Q Anon movement. The whole “Democrats drink the blood of children” theory did not attract the number of supporters necessary to win elections in swing states, so they took a different approach: Hunter Biden.

Now wait wait wait! Don’t run away yet, because I know — if you’re like me — you hear the name Hunter Biden and you roll your eyes and you stick your fingers in your ears and walk away. Because to us, the Hunter Biden laptop is proof only that the President’s son had some serious addiction issues and did a lot of stupid things because of drugs and grief. The fact that Republicans would prey on that is pathetic.

But here’s the kicker: Contrary to what many believed before the 2020 election, the laptop does exist. And there are emails on them, and while they may not suggest corruption, they do suggest nepotism. Hunter Biden’s involvement with a Ukrainian gas company would not have happened but for the fact that he’s the son of Joe Biden. This is true. But, but, but! Jared Kushner! Ivanka Trump! Don Jr.! Yes, I hear you! But that’s whataboutism, and to Republicans, it’s not the point.

I certainly believe that intelligence agencies had a good-faith belief that the laptop was part of a disinformation campaign, that the Post killed the story for journalistic reasons, and that Twitter was genuinely trying to stop the spread of disinformation. That doesn’t matter to Republicans. To Republicans, these mistakes — and they were mistakes — justify their belief that there is a deep-state conspiracy and that Big Tech and the media cannot be trusted.

In other words, Republicans took something with a grain of truth in it, and they attached all of their preexisting notions onto it. Never mind the truckloads of ballots; that’s yesterday’s theory! The nu-Republicans have made election denialism more palatable to voters, and the fact that there’s a lot of unsavory unrelated stuff on the Hunter Biden laptop is what makes the story stick. The election denialism to the swing state Republican isn’t about a “stolen” election; it’s about how intelligence agencies suppressed a story that might have swung the vote a few thousand votes in the other direction in a few swing states, which is … not that wildly different than what Hillary Clinton supporters believed about Comey and Russian disinformation, only we didn’t bum rush the Capitol when we lost.

After the primaries, we were feeling pretty good about the Democrats’ chances in Arizona with Katie Hobbs going up against a fringe election denier, Kari Lake. We don’t feel good about it anymore. And the problem is, if Republicans like Kari Lake win their elections with slightly more palatable election denial claims, they may never let a Democrat win again. And that is what’s so terrifying. Comey made a mistake and it may have cost Clinton the election. The Post made a mistake, and it may cost us our Democracy.


← Can Rian Johnson's 'Poker Face' Save Peacock? | Reddit Asks the Question: 'What Was the Single Worst Casting Decision in the History of Film?' →