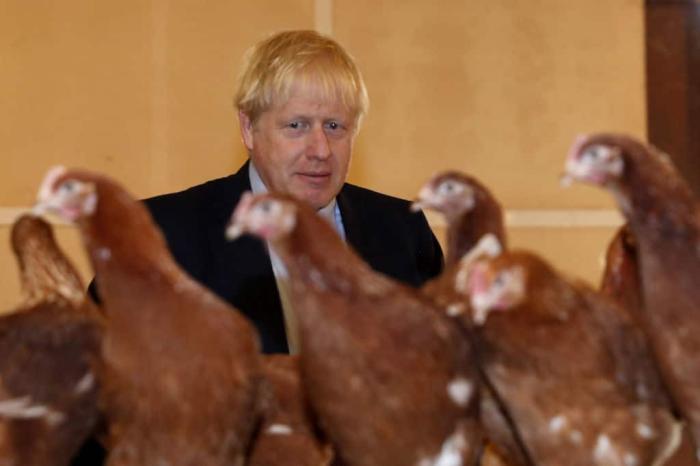 After being booed in Scotland and Wales, and being lectured to filth by Taoiseach Leo Varadkar, Boris Johnson’s week as Prime Minister is going exactly as we all imagined it would. Seriously, if you’re shocked that he’s this incompetent and this unpopular, then I have a bridge to sell you. He’s currently in Belfast holding talks to prove that he definitely cares about Northern Ireland, right as Sinn Fein claims that the Brexit chaos makes an even better case for Irish reunification.

Amid this mess, it seems like trying to figure out Johnson’s personal life is a bit pointless, but nothing is off-limits here, and given how messy private affairs have killed the careers of many better politicians than Boris, it feels worth trying to figure out how this infamous shagger keeps getting away with it. Yes, that’s right: Plenty of women voluntarily have sex with Boris Johnson. I’m sorry I had to be the one to tell you that.

Browse Boris Johnson’s Wikipedia page and you’ll find a curious detail. Under his personal details, the number of children he has is listed as ‘5 or 6’. That’s a big ‘or’ right there. Imagine if a Labour politician or prominent Democrat had that detail in their biography. They’d be torn apart for it, surely? But this is just another part of the ‘wacky loveable BoJo’ persona that he’s managed to use to claw his way to 10 Downing Street.

Officially, Johnson has four children with his second ex-wife, the barrister Marina Wheeler: Lara Lettice, Milo Arthur, Cassia Peaches, and Theodore Apollo. Wheeler and Johnson announced that they had separated last year and are currently in divorce proceedings, but this wasn’t the first time they’d split. In November 2004 tabloids revealed that Johnson had been having a 4-year affair with the journalist Petronella Wyatt. He had allegedly promised to leave Wheeler for her and had had an abortion. Wyatt’s own mother was the one who informed the press, and while Johnson originally denied the affair, calling it ‘piffle’, it was soon revealed to be true and Johnson was fired from his position in the shadow cabinet. Wyatt claims Boris once told her: ‘I find it genuinely unreasonable that men should be confined to one woman.’ What a prize.

Two years later, News of the World claimed that Johnson was having an affair with the journalist Anna Fazackerley. Then, in 2010. the press accused him once more of having another affair, with an arts consultant Helen Macintyre, who he also allegedly had a child with. The child’s existence was the subject of legal action in 2013 after the Court of Appeal quashed an injunction seeking to ban the reporting of the child’s existence. During that court case, it was revealed that Johnson had possibly conceived another child from an extra-marital affair, hence why we’re not sure if he has five or six kids.

Johnson’s current girlfriend is Carrie Symonds, who is five years older than his eldest child and 24 years younger than Johnson himself. You may remember Symonds’s name from the recent stories of Johnson’s neighbors calling the police after hearing loud and potentially violent arguments coming from their residence. One neighbor said they heard a woman screaming at Johnson to ‘get off me’ and ‘get out of my flat’.

I’m not one to demand a strict code of familial conduct for politicians — mostly because such things are typically used to shame and discriminate against those who are already marginalized — but there is something so blatantly sleazy about the Tories, the supposed party of ‘values’, all turning a blind eye to a serial cheating misogynist who seems to have trouble keeping track of his own children. There are many reasons not to trust this f*cker, but this certainly doesn’t help.

Please enjoy this video of Boris being booed by the Welsh.

Boris Johnson was booed by crowds in Wales as he arrived for meetings with Welsh First Minister Mark Drakeford.

Mr Drakeford told the PM to "stop playing fast and loose with our country" as the UK leader prepares for a no-deal Brexit https://t.co/xbokpDJ89H pic.twitter.com/i0dab9LwoK

← Twitter Reacts To Mario Lopez's Transphobic Comments | Is Quentin Tarantino a 'Justified' Superfan? A 'Once Upon a Time ... in Hollywood' Exploration →