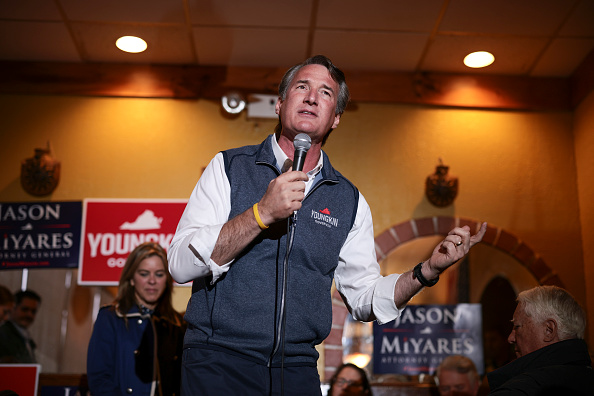 I will do my best not to sound like a completely cynical jackass here, but last night the Democrats had a poor showing in both Virginia (where Terry McAuliffe lost to Glenn Youngkin), and in New Jersey, where a race that Democrats should have easily handled between incumbent Phil Murphy and little-known Jack Ciattarelli is still too close to call. We can blame Biden’s approval ratings for dragging down the party, we can blame Manchin and Sinema for withholding the legislative victory we needed to boost Dem campaigns, and we can blame the boogeyman that Republicans manufactured to generate another pointless culture war, Critical Race Theory.

It is all of those things, but it’s also the exhausting, infuriating cyclical nature of politics. The opposition party almost always wins in swing districts in these instances. And next year, the Republicans will take back the House (and maybe the Senate). But in three years, the incumbent President usually always wins unless he’s wildly ineffective (Carter, George H.W. Bush) or staggeringly incompetent (Donald Trump). Biden may fall into the former category, but he may end up facing the staggeringly incompetent Trump, in which case I think Biden is reelected (I’d be less certain if someone like Nikki Haley won the nomination, but that’s unlikely as long as Trump is still alive).

It’s history. We’re a predictable goddamn country. I thought that four years of Trump, two impeachments, and January 6th might actually change the equation this year, but Americans have short attention spans. Democrats in Virginia and New Jersey were not energized by the Biden Administration, and Republicans were energized by CRT bullsh*t. Youngkin at least distanced himself enough from Trump not to alienate the moderate Republicans but didn’t distance himself so much that he alienated the Trump voters. The media will make this out to be the collapse of the Democratic party — just as they did with the Republicans just last year — but the pendulum continues to swing back and forth, and apparently will continue to do so until the end of time (or at least until we’re all wiped away by climate change).

We are a predictable lot. The media will try to spin a lot of narratives around last night’s Democratic losses, but all they are doing is putting a suit-and-tie on the same old story, the same old cycles of enthusiasm and complacency. We have another year until midterms. Hopefully, the Democrats can take advantage (and that Supreme Court vacancies will open up before then), because, if history is any indication, this will probably be our last chance to get anything done for another 12-16 years.

I hope I’m wrong. History, however, suggests otherwise. In the meantime, I hope you all fared well in your local referendum elections.